Time to talk menopause at work: Part One

Time to talk about menopause at work: Part Two 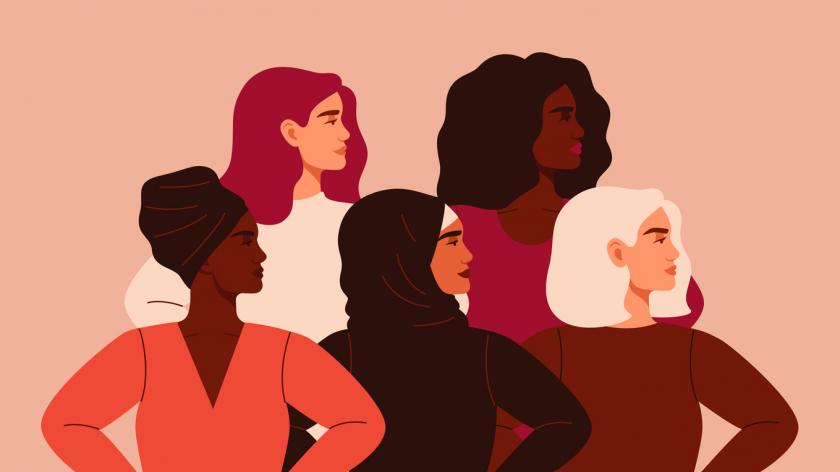 Time to talk about menopause at work: A shock to the system

In the first of a two-part series raising awareness for World Menopause Day, Blaire Palmer explains how the lives of people going through perimenopause and menopause drastically changes, and what HR professionals need to be aware of.

The first time I heard the term ‘perimenopause’ – the menopause transition period before periods have finished – I dismissed it as a gentle reminder that menopause was on the way.

Fast forward a few months. I'm fuming – rage spewing from me over minor things. I’m bone tired. By Wednesday afternoon, I can’t believe I’m expected to work until Friday. And I can never find my keys or my phone.

This, my friends, is perimenopause. It is the real thing. I checked my symptoms against Dr Louise Newson’s symptom checker and confirmed that I was perimenopausal.

Since then, I’ve been on and off HRT – now on again thanks to reassuring information about what I was putting into my body. And I’ve spoken to women about their symptoms and how peri-menopause and menopause are affecting and work.

In a 2019 study, 90% of mid-life women said their workplace had no help available for employees going through perimenopause or menopause. 42% of menopausal women consider leaving their jobs as a result. 10% actually do.

If you are in the least bit concerned about gender diversity in your organisation, this topic has got to be top of your list of priorities. Perimenopause and menopause have a massive impact on a woman’s ability to reach the most powerful positions in an organisation, or even work at all.

University of York assistant director of HR Helen Selvidge started having symptoms in her late 40s but, at that time, no one had mentioned perimenopause to her in her life.

“The worst symptom is the anxiety”, she told me. “You go from being this very capable woman to experiencing quite severe anxiety affecting your confidence. It often came on in the middle of the night so it was coupled with sleep deprivation… I felt unable to do my work or cope with the level of responsibility”.

Lizzie Mildinhall, an events specialist with nearly three decades of experience said, “In 2018, I had what I thought was work burnout. I collapsed at work. I developed a strange anxiety I’d never had before. I took time off work, I had occupational therapy but no one said “I wonder if we should check your hormones”. So I was put on mild antidepressants”.

This is a common story. Perimenopause and menopause often occur when our lives are busy. We, and the medical profession, naturally assume that work-related stress, long hours, being spread thin between your job, your children and caring for elderly family members have become too much. Some time off, some anti-depressants and perhaps a less demanding job seem like the obvious cure.

Yet most midlife women have been juggling all of this and more for years. What tips them over the edge is often estrogen (and sometimes testosterone and progesterone) deficiency.

“A generation ago we were worried about having time off work to have kids. Now we’re worried we are going to be stigmatised again.”

Why don’t we know more?

NHS counsellor Rachel Morris hasn’t told her manager about her symptoms despite the fact that her team is largely women in mid-life and they talk as therapists about mental health and self-care frequently.

“As a culture, we have an unconscious bias about things to do with hormones,” said Morris. “When testosterone applies to someone who identifies as male, it’s acceptable – even attractive. But estrogen is a bit uncomfortable. It’s about your identity, not being able to have babies anymore. You feel less vibrant, less fertile, less visible. Our feelings about ourselves and our sexuality change. All these little things might seem like aesthetics but they matter because they are how you place yourself”.

Selvidge agrees – “A generation ago we were worried about having time off work to have kids. Now we’re worried we are going to be stigmatised again.”

"41% say poor concentration or forgetfulness has led them to make mistakes, 40% admit to losing interest in their job as a result and 11% passed up opportunities for promotion because of the menopause."

GPs have very little training in recognising the symptoms and are reluctant to prescribe HRT. There are many myths about the health risks of HRT and very little information about the long term health benefits of the treatment, including reducing risk of osteoporosis, heart disease, even dementia.

Silence is a common response amongst women. A combination of fears about HRT (or fears of the judgement of others if you take HRT), fears for how we will be perceived if we admit to our symptoms or simple ignorance of what’s happening to us stops women getting the support they need.

Only 15% of women speak to their superior about their condition even though around 24% have called in sick as a result of the menopause, half of them more than once.

41% say poor concentration or forgetfulness has led them to make mistakes, 40% admit to losing interest in their job as a result and 11% passed up opportunities for promotion because of the menopause.

Frankly, it’s a terrible waste of talent and experience, not to mention the impact on the women themselves and their families.

In Part two, Blaire Palmer examines what HR professionals can do to support women going through menopause, along with five actionable recommendations to facilitate affected employees. We also recommend reading Why it’s time to tackle the workplace taboos of miscarriage, menstruation and menopause.

During weekly episodes of The Human Revolutionaries Show with Blaire Palmer and Natasha Wallace on Apple Podcasts Blaire and Natasha explore a business story through an HR lens and share their opinions about leadership, culture and wellbeing at work. Blaire also speaks about the leadership, culture and the future of work at online conferences. To book Blaire to speak at your upcoming conference contact your preferred speaker bureau or email her [email protected].