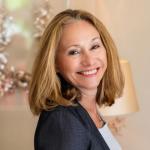 The power of the self-fulfilling prophecy in business

Leaders today need all the help they can get to steer organisations through choppy waters. Could motivation techniques such as the self-fulfilling prophecy help build confidence and improve wellbeing as we continue into the unknown?

To help steady the ship as we navigate through a volatile and unstable period, some leaders are tapping into motivation techniques like the self-fulfilling prophecy to help build confidence.

What is a self-fulfilling prophecy?

A self-fulfilling prophecy is a psychological term referring to a belief or expectation that is powerful enough to influence whether an event happens or not through our subsequent actions and can be both positive and negative. At work, a positive self-prophecy can be observed when an individual may be motivated to achieve a goal that appears attainable through hard work, which makes them go above and beyond to achieve the goal.

A negative self-prophecy occurs when an individual believes a task is far beyond their capabilities which can result in the neglect of a task and a poor standard of work.  However, reaching goals and attaining full potential within a business is not solely down to the self-motivation of employees, and businesses in the know could get better outcomes through motivational and psychological training.

Implausibly unrealistic expectations will fuel stress, a sense of failure, disillusionment and burnout

The ‘Pygmalion effect’ is whereby high expectations held by others, such as our managers and colleagues, have a significant positive influence on our behaviour, motivation and performance. Conversely the ‘Golem effect’ occurs when the individual fulfils the low expectations of the manager and performs badly, most likely resulting in feeling disengaged and unmotivated.

In light of this, whilst self-fulfilling prophecies are not new, it has never been more important that business leaders are made aware of the influence their narrative can have on whether their employees will fulfil their potential which can also affect the business as a whole.

We also need to be aware that how we think of and label ourselves can influence our behaviours – are we the organised one, the forgetful one or the fun one? Defining and limiting ourselves can cause us to neglect our other talents, attributes and strengths and risk others stereotyping and misjudging.

The best ways to facilitate positive self-fulfilling prophecies for leaders

When encouraging the use of self-fulfilling prophecies among leaders, the following should be considered:

Implausibly unrealistic expectations will fuel stress, a sense of failure, disillusionment and burnout. Instead, opt for a series of incremental goals as part of a clear, realistic strategy for a bigger picture and notice as performance is improved.

High expectations must be partnered with feedback if they are to be self-fulfilling. Unless employees are aware of the expectations attached to them and are regularly updated on their progress in achieving their goals and how they fit with the grand scheme, there is little chance that employees will feel motivated to push themselves and go beyond the minimum requirement.

High expectations are not the only influential factor in motivation and engagement, strong leadership, purpose, inspiration, trust and good communication are just as empowering.

The best ways to facilitate positive self-fulfilling prophecies for individuals

When encouraging the use of self-fulfilling prophecies among employees more generally, the following pointers will help:

Be open to different ideas, perspectives and experiences

Being inquisitive and embracing new opportunities expands your ability to problem solve and gives you an opportunity to succeed or at least give things a try and learn from the experience.

Replace negative perceptions, connotations and language from ‘I can’t’ to ‘I’m going to give this my best shot’

Don’t be put off by setbacks

Things often don’t go to plan so it’s useful to consider these times as learning and resilience-building experiences rather than obstacles even if it doesn’t feel like it in that moment. So it takes a little longer to reach your goals – maybe you will achieve your goals with greater success because of that learning period?

Replace negative perceptions, connotations and language from ‘I can’t’ to ‘I’m going to give this my best shot’. It can take quite a few attempts to master this new behaviour and for it to become automatic and feel authentic.

In addition to expectation, we need to have confidence and belief which can come from giving employees the control and autonomy necessary to find their personal drive rather than micro-managing them which takes away from their achievements.

Interested in this topic? Read Great Expectations: Does the psychological contract still work?