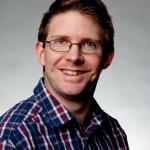 Tackling absenteeism could increase presenteeism: what can be done?

Approaches to dealing with absenteeism and presenteeism include absence management systems to identify patterns of sickness, techniques to boost motivation and ways to raise awareness of sickness policies.

Although these approaches are common, we are concerned such methods may have unintended effects and be damaging rather than beneficial for organisations.

This is because absenteeism and presenteeism are complex and multi-determined behaviours and there are no simple strategies for managing them. If organisations are to reduce absenteeism but not increase presenteeism, they must take consideration of the context and other relevant factors.

Presenteeism is rising, despite a fall in absenteeism

The CIPD Absence Management survey of 2016 shows that absenteeism is declining, whereas presenteeism appears to be rising.

Research by Natasha Caverley and colleagues found evidence that this is not because people are becoming healthier or less likely to pull a ‘sickie’ but that they are exchanging absenteeism for presenteeism.

To put it differently, if people are unwell, they have the choice of staying home – absenteeism – or going to work – presenteeism.  This is a simplification, of course, and Gary Johns has argued that the factors that encourage absenteeism and presenteeism may differ.

While sickness is the main predictor of presenteeism, there are reasons for absenteeism besides sickness (such as job dissatisfaction or a lack of commitment).

Nevertheless, as we will discuss shortly, some initiatives for reducing absenteeism will probably result in people attending work while sick when they should be absent.

The paradox of presenteeism

A body of research shows that presenteeism has greater economic costs than absenteeism.

Yet, employee absenteeism is a much more visible problem – at an office, for example, one can see the empty desk which is usually occupied and can perhaps quantify work that remains undone.

For this reason, it is easy to see why there is a focus on reducing absenteeism; indeed few organisations recognise the risks of presenteeism, such as increased human error, let alone have procedures in place to manage it.

When sickness policies affect the most vulnerable

The availability of sick pay also directly influences presenteeism - making it costly to take sick leave has the intended effect – people reduce the sick leave they take. Clearly, this will have the strongest impact on people who are paid the least.

Presenteeism is also more frequent in those who have less secure work, as they are disadvantaged in the labour market. Robust sickness monitoring also appears to increase rather than decrease presenteeism in workers.

Worryingly, people with chronic health problems are particularly likely to work while sick due to monitoring systems that are triggered by the frequency of absence.

We therefore consider it good news that the CIPD Absence Management survey reports that organisations are reducing their reliance on such techniques.

Are we encouraging unhealthy attitudes about sickness?

Sickness monitoring processes may well send implied yet unintended messages to the workforce: our own research found that employees commonly feel that their illness is not considered genuine by their employers and are concerned that they may be seen as malingerers.

Gwenllian Wynne-Jones and colleagues found that such beliefs were more common in organisations that used more intrusive approaches to monitor sickness.  We have even heard of employees receiving phone calls from managers while awaiting surgery, not to wish them all the best but to ask when they will be returning to work.

Unhealthy attitudes about sickness are not solely confined to management, however, and workers do not necessarily see all illness as equal, with some complaints being considered more deserving of sick leave than others.

In order to reduce sickness absence, some recommend improving morale and encouraging staff to support each other.  While this advice is broadly positive, it may actually compound the risk of presenteeism.  When it comes to the impact of colleague support, the results are complex.

A meta-analytic review by Mariella Miraglia and Gary Johns showed that support may directly reduce presenteeism, but indirectly increase it as people are more likely to work while sick if they are more satisfied.

Essentially, we are more likely to work during sickness when we enjoy our jobs but this is likely to have negative effects over the longer-term.

This is especially the case in health and social care, where the meaningfulness of the job and feelings of responsibility towards service users, as well as loyalty towards colleagues, can increase the risk of working while sick. While there are many good reasons to promote supportive relationships, motivation and happiness at work, they will not necessarily reduce presenteeism.

What should organisations do?

As can be seen, presenteeism is a challenging issue. In managing sickness, some actions that would be intuitively effective, such as the use of monitoring systems, may actually drive unhealthy behaviour in the form of presenteeism.

This risks backfiring, as people who work while sick tend to experience poorer health over the longer-term, are at greater risk of subsequent absenteeism and are less effective in their role.

Some of the drivers of presenteeism are things that we should not seek to reduce, such as motivation and loyalty; indeed, working while sick can be beneficial for those who are merely feeling a bit ‘under the weather’.

Focusing on one feature that organisations can control, we suggest the counterintuitive step of reviewing sickness monitoring processes and reducing their punitive outcomes. To discourage presenteeism, absenteeism must be de-stigmatised and shown to be acceptable.