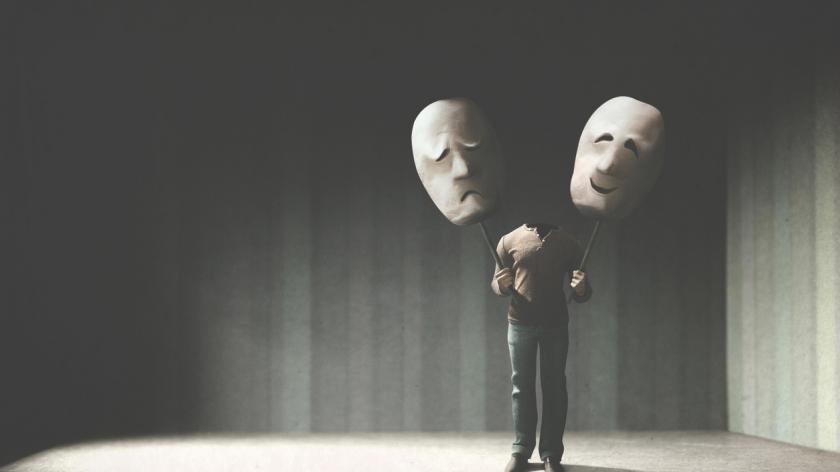 Suffering in silence: Why HR needs to be vocal about imposter syndrome

Imposter syndrome is growing at an alarming rate – yet the majority of people are still suffering in silence. Jo Wright discusses how to spot the signs of imposter syndrome and the actions organisations should take to ensure they aren’t inadvertently reinforcing the issue.

Despite growing in prominence in recent times, many people still do not fully understand what imposter syndrome is – and fewer still appreciate just how many of their employees are likely to be suffering from it, and the impact this could be having on their organisation’s performance.

The phrase was first coined by psychologists in the 1970s, and refers to a psychological condition in which an individual does not believe that they have the required skills, talents, or accomplishments to adequately fulfil their role – in layman's terms, they do not believe they are good enough.

These feelings of inadequacy are coupled with a persistent internalised fear of being exposed as a fraud.

People with imposter syndrome live with a persistent internalised fear of being exposed as a fraud.

There’s been a lot of research into imposter syndrome since then, and while the figures may vary depending on the study, the overall message is consistent: a lot of employees in today’s workplaces will be trying to cope with having imposter syndrome.

Imposter syndrome is a growing concern

But it isn’t exclusively a female issue, with minority groups also identified as being particularly susceptible. A recent report from Indeed, entitled Working on Wellbeing, found that millennial respondents (25 to 39-year-olds) are the age group most likely to feel like imposters in the workplace (27%).

The figures for transgender respondents also made for troublesome reading, with 64% of those surveyed admitting to struggling with imposter syndrome – in yet another example of workplace issues for the trans community.

Yet despite this clearly being an issue that affects a large proportion of the workforce, 94% of the employees surveyed hadn’t talked about imposter syndrome with anyone at work.

How imposter syndrome is impacting your organisation’s performance

Consider just how draining it is if your employees are putting their energy into trying to look like everything is going well – creating an ‘illusion of competence’ and pretending to have abilities they don’t regard themselves as genuinely having.

How draining it is if your employees are putting all of their energy into creating an ‘illusion of competence’.

What’s happening to their performance if they are convinced they just aren’t capable enough; that they don’t know enough; that despite outward appearances it’s unlikely they’ll ever be good enough?

This mindset will chip away at your employees wellbeing and knock their self-esteem, leaving them feeling disengaged with their role and the organisation. It can also affect their capacity to innovate and to come up with creative solutions because they won’t feel that they have the capacity to do so.

Yet many businesses still don’t appreciate that it’s a problem, and that imposter syndrome could be affecting their employees and their performance. Not only might their culture be failing to actively help employees address feelings of imposter syndrome – it might actually be making them worse.

Many organisations are doing lots of great work around employee engagement and wellbeing. But all that activity is at risk of being at least partially undone by all the silent negative cultural codes that can exist.

Take a few moments to think about your own organisation. Have behaviours such as regularly working late become the norm? If so, could this be exacerbating the problem for imposter syndrome sufferers who feel they have to work harder than everyone else to prove their worth? Is there a cycle of overworking developing as a result, which might lead to burnout, anxiety and even depression?

Workplace norms such as regularly working late could be exacerbating the problem for people who already feel that they have to prove their worth.

Is there a mindset where problems and failures are generally seen as a cause for disappointment rather than being recognised as opportunities to grow?

Are employees encouraged to recognise and celebrate the achievements of the people around them – or is there an unacknowledged sense of competition that’s holding them back from these kinds of supportive behaviours?

How to spot the signs and combat the issue

Managers play a key role in addressing imposter syndrome. In order to address the issue they need to understand what it is, know what the signs are that could suggest it’s becoming an issue for someone in their team, and be equipped with the right coaching tools to know how to open up conversations.

One indicator that an employee is suffering from imposter syndrome is ongoing self-criticism. An example of this could be when a manager gives positive feedback about a piece of work, the employee responds by highlighting all the areas where it didn’t go as it should.

Another example could involve the employee trying to deflect attention away from themselves when referred to as a subject matter expert because deep down they simply don’t see themselves as having the level of knowledge that justifies that label.

What might be some other signs? Procrastination about getting stuck into a piece of work for one. Turning down opportunities to become involved in projects is another.

Procrastination, avoiding projects, and not putting themselves forward for promotion could all be signs that someone is suffering from imposter syndrome.

In fact, there could be several kinds of avoidance behaviours going on, including not putting themselves forward for promotions, because they just don’t think they can do it and fail to recognise what it is they’re actually capable of.

Regular coaching conversations can help employees to start to open up, address these issues and begin shifting their personal perceptions.

Starting from the top

Coaching around the issue of imposter syndrome addresses the problem from another important perspective too. It raises the manager’s own self-awareness about what they are doing personally (and perhaps unintentionally endorsing) that could be making the problem even worse and reinforcing a team member’s negative beliefs about themselves.

By helping managers to learn how to use positive conversations in the moment, they’ll develop a coaching approach that will continually reinforce team members’ sense of worth.

Coaching conversations help build a psychologically safe environment that enables employees to start acknowledging what they’ve achieved, raising their own self-awareness and encouraging them to recognise their accomplishments.

These conversations also play an important role in helping employees to appreciate that even when things don’t go to plan, it’s an opportunity to learn and build upon – rather than something to internalise as yet more evidence that they’re just ‘no good’.