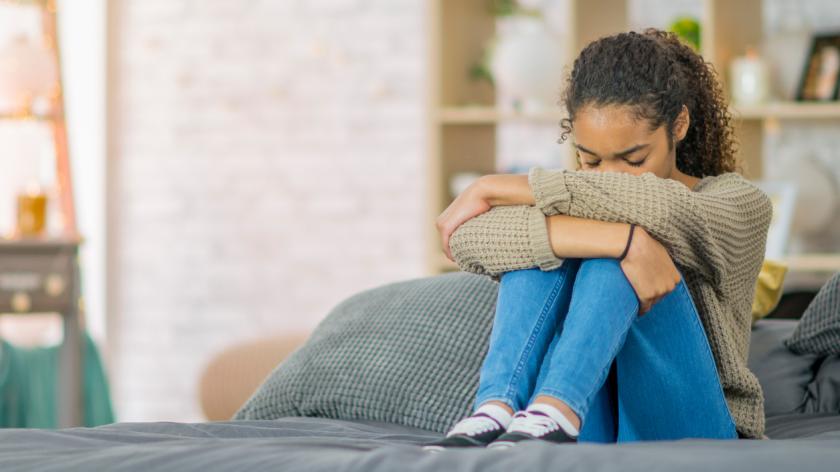 Pure OCD: Why don’t we know about it?

This article was written by journalist Samantha Jenkins as part of her 'Pure OCD - Beyond the thoughts' project, and was first published here.

Contrary to popular belief, obsessive-compulsive disorder can be more than just repeatedly washing hands and checking the door is locked over and over again.

Whilst these could both be an indication a person has OCD, research suggests that more than 50% of people suffering with OCD have no visible compulsions – meaning they are instead carried out in the mind.

Nicknamed 'Pure OCD' by the OCD community, sufferers are harassed with irrational and disturbing thoughts that they cannot rid themselves of.

In total in the UK, OCD-UK estimates that 741,000 people suffer with OCD at any one time. Compare that with the figure above and you have a staggering amount of people who aren’t part of the conventional cycle of OCD that many of us are led to believe.

But, even that figure is an understatement, many OCD cases go unreported, especially ones of a Pure OCD nature.

So why, at a time when mental health awareness has never been more prominent, is this type of OCD going unnoticed?

Ashley Fulwood, Chief Executive of OCD-UK, believes it is largely down to two reasons. Firstly, Pure OCD sufferers are reluctant to talk because of the nature of their fears and, secondly, the media aren’t interested in portraying people with intrusive thoughts on the screen.

He recalled a conversation with a documentary filmmaker a few years ago: “I encouraged them to talk about Pure OCD and they actually refused. They said ‘it won’t make good television’.”

There have been a couple of programmes that have covered the condition, but they are rare. Back in 2013, Channel 4 commissioned a BAFTA winning four-part documentary series ‘Bedlam’ based on the psychiatric hospital now known as the South London and Maudsley NHS Foundation (SLaM).

The media still frequently portrays OCD as a comedic and entertaining illness, straying away from the fact the World Health Organization lists it as one of the world’s top ten disabling illnesses.

One man on the programme had suffered severely with intrusive thoughts that he was going to become a paedophile. To those misinformed about OCD it can be a controversial subject, but Ashley said: “It can be done, and Bedlam showed it can be done.”

Getting content commissioned is just one half of the problem. Whilst charities like OCD-UK agree more needs to be done to raise awareness about the broader types of OCD, they say it needs to be done in an informative way so the audience realise these people don’t actually want to carry out the actions of their thoughts.

Misrepresentation by the media

In the meantime, campaigners argue that the media still frequently portrays OCD as a comedic and entertaining illness, straying away from the fact the World Health Organization lists it as one of the world’s top ten disabling illnesses.

Liz Forrester is a clinical psychologist who used to work at the SLaM before going private. Back in 2005 she took part in the two-part series ‘The House of Obsessive Compulsives’.

She explained how they were filmed solidly for around 12 hours a day for two weeks, though this was condensed into two two-hour programmes. She said: “The way everything was edited out made it seem like ‘this is just so easy’.”

“There was one particularly graphic scene where a young woman was talking about her concerns about contamination, and the next scene she was with Professor Paul Salkovskis sticking her hand down the toilet and lifting it out with a great big smile on her face”.

With most programmes focusing on either contamination or hoarding, it is no wonder many people associate OCD as being just that.

Lack of awareness and treatment

And it’s not just the average person who is misunderstood. There are still far too many GPs and therapists out there who don’t know how to spot the common signs of OCD.

I spoke to Keith Fearns, a BABCP accredited cognitive behavioural therapist from Bangor who has specialised in OCD for 25 years. He said: “I’ve known people who have told professionals their symptoms and they’ve been referred to forensic units because they’re thought to be at risk to people.

“I did have a dispute some years ago with a psychiatrist who said that the person had schizophrenia and I said no – they’ve got OCD”.

Unfortunately the amount of misinformed health professionals means it is largely on the sufferer to do some research before seeking help.

Ashley shared a similar story: “About four years ago I had a lady call me up who has classic Pure OCD and she’d gone to the GP and they said ‘you don’t have OCD because you don’t wash your hands’.”

It’s occasions like these that are preventing people with intrusive thoughts from wanting to come forward and seek help, but they shouldn’t be put off. OCD is a highly treatable condition with 70% of sufferers treated with cognitive behavioural therapy seeking effective treatment.

Unfortunately the amount of misinformed health professionals means it is largely on the sufferer to do some research before seeking help to ensure they find a CBT therapist skilled with treating OCD.

“It’s a real problem for people trying to access suitable treatments for OCD particularly when we’re struggling with thoughts that seem so abhorrent to us personally. To find these obstacles put in the way is really hard”.

However, it’s not all bad news – OCD awareness is improving. In fact, mental health awareness in general is improving with the government stepping up to try and make it equal to physical health.

But Grace Campbell, daughter of Alastair Campbell and writer for Cosmopolitan, says the treatment for all mental illnesses is still a class issue.

Having suffered with anxiety herself in the past she is fortunate enough to be able to afford to see a private therapist once a week, but she recognises not everyone is that lucky.

She said: “It’s [NHS] completely a fantasy service really. In the public sector it’s a fantasy. Privately it makes loads of money and loads of people do get it. It’s just if you can’t afford it, you can’t get it and that’s not really fair”.

At only 20 years old and a student at LCC, Grace says education on mental health is also sparse. Growing up in a family open about mental health – with an uncle who suffers with schizophrenia and a father who is a manic depressive – she was “taught diplomatically about what it was".