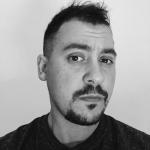 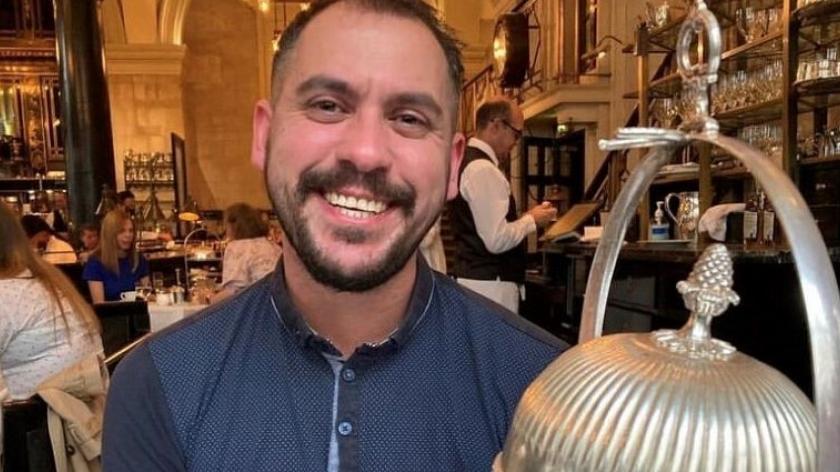 Pride but not proud

We have Pride, but where is the LGBT+ representation the rest of the year? DEI leader and trans activist Leng Montgomery reminds us why Pride isn't the only LGBT+ month in the year.

As we enter June, many companies start to change their logos to a rainbow or start talking about Pride. Some will have a visible presence in global pride parades as we move towards hosting in-person pride events once more.

There are messages shared around ‘love’ ‘pride’ ‘authentic’ and celebration seem to flood our screens. Some companies incorporate this into their marketing, recruitment and other messaging but then it’s quiet for the rest of the year and not much else seems to be thought of around other aspects such as LGBTQ+ representation.

We aren’t seeing the representation at board level that is needed for LGBTQ+ staff. Many stay in the closet at work or seem to ‘come out’ at later points of their career.

Culturally, there tends to be an assumption that because Pride exists, nothing else needs to change and so why are people making a fuss of things?

Put simply, there is more to do. Policies sometimes need adjusting to reflect and represent same-sex couples or equal marriages. I’ve heard many a time in my career people saying “I forget they can get married” or “I didn’t think they’d want to have children”. I know people don’t mean harm but I, in my life, have come out three times. Not because I want to shock people or even get told many times that I am “brave” or just want people to look at me awkwardly but it’s been about living my truth.

When I was 15, I came out as a lesbian as I didn’t start transitioning until I was 25. Then at 30, I realised I am bi and have started to comfortably say that now.

I learned that when I was at school, because of Section 28, people would treat you differently. Section 28 is similar to the Florida ‘don’t say gay’ bill prohibiting the promotion of homosexuality in any way, which basically created a free pass at bullying LGBT+ children.

Do not be ashamed of you who are

A teacher at school once ‘joked’ and asked if I had Aids like the rest of my friends. They then proceeded to tell my class that I was gay. I was really scared but it was my Mum who challenged them. The school didn’t do anything because of Section 28 – they would be ‘promoting homosexuality' and, apparently, I should have a better sense of humour.

My mum told me something that stuck with me in life, and that is ”never apologise or be ashamed of who you are”. Many of us need to know that and we should want that for all our children.

But, sadly, who you are and who you love is still contentious for some – especially if you’re not heterosexual and cisgender. The world isn’t designed for us – which is why there are certain adjustments required to make things more inclusive.

Policies, processes and messaging need to reflect that if your organisation is committed and is truly inclusive where people can bring their whole selves to work – not just in June.

Homophobia, biphobia and transphobia are still widespread and are still happening. In five countries in the world, the death penalty still stands for people discovered to be LGBT and to be practising it. In 57 countries, there is the possibility of imprisonment for up to five or ten years.

In countries where there is recognition and protective laws in place, there still needs to be more awareness around the issues LGBTQ+ people face. Everyday microaggressions, exclusion and hate crimes are increasing.

In the workplace, there are cases where people aren’t able to identify what transphobia is. People dismiss people’s ignorance or lack of awareness as something to start making excuses for. Currently, in the UK, there have recently been proposals to end conversion therapy for LGB people, but not those who identify as ‘T’ which has led to widespread criticism and challenge.

For some, it is better than nothing, but without fully realising what conversion therapy is and what this means for the trans community.

It is a mechanism of torture and it shouldn’t be in place for anyone. We speak in the UK with great pride of people such as Sir Alan Turing. Yet a ‘pardon’ for him being gay took many years to happen and he, in the process, had been arrested for indecency and was given hormone treatment to try and ‘cure’ his ‘condition’.

Hormone treatment isn’t a one-off treatment. It was used to suppress sexual urgers which were, in effect, another form of chemical castration. Other forms of treatment to ‘cure’ people that are LGBT+ have included corrective rape, electric shock therapy and fake therapists.

Fake therapists were traditionally hired to tell LGBT+ clients that they are abnormal and can be cured, that they should live in shame or avoid bringing shame on their family and the people around them.

Pride or is it just a rainbow plaster?

That’s not that jolly party we’re all wanting is it? But this is why pride happens. More legislation is needed to protect LGBT+ people because this is still happening. A big rainbow plaster on top of this wound doesn’t just go away because it’s June. We all have more work to do.

The only barrier people face for being LGBT+ is other people’s bigotry – this is why there needs to be inclusion, and a reminder that we incorporate it into our workforce and ways of working.

Everyone should be able to freely and openly have families and relationships, and live and work in society just like everyone else as we are all different. That’s something that should be celebrated but also protected.

In terms of representation at work, there is now a data collection a requirement to ensure that there is better monitoring taking place, which is difficult globally and culturally as some countries do not want to acknowledge or monitor sexual orientation. Some countries won’t measure ethnicity either but may record nationality.

There isn’t a quick solution for this. However, it’s important on systems or with engagement surveys that there are options that include other areas for gender identity and sexual orientation, and an explanation for why that is being recorded.

More organisations need to ensure that there is a place and acknowledgement of LGBT+ people across their organisations.

It’s important at this time of the year that we make sure people feel they really can bring their whole selves to work and can feel proud and safe to be out at work if they wish to.

Organisations that promote open cultures need to make sure of this and, ideally, should be holding focus groups or other engagement points within their surveys. They need to ensure that through an LGBT+ colleague’s life cycle, there is equity and inclusion that ensures that they, too, can succeed and break the Lavender Ceiling.

Interested in this topic? Read Transgender Day of Visibility: How HR and leaders can play their part

Senior Manager of Global Diversity, Equity and Inclusion at Burberry.