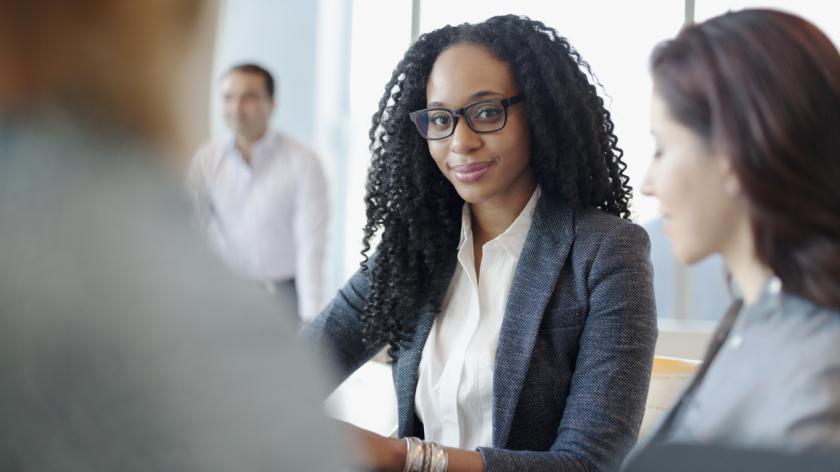 There is now a new type of leadership on the block that we should respect and value just as much as conventional leadership styles.

There is a lot of talk about diversity within business. In enlightened companies this talk goes beyond race and gender diversity and extends to diversity of thinking styles, behavioural styles and leadership styles. Despite all this talk, the leaders at the top are often hewn from the same stuff. They are political, charismatic, opinionated, articulate and driven by personal success. They are extroverts with an intolerance for detail. They are decisive and future-focused. They don’t like excuses. They play the game and respect those who play it too.

As HR professionals we have to get better at spotting when someone lacks confidence versus when someone simply has a quieter, more subtle, more generous style of leadership.

Such people match our expectations of what a leader looks like and therefore when they say ‘we’re going over here’ we tend to follow, believing that they know best or at least feeling reassured by their clarity and conviction. Business needs people with vision and presence. It needs people who will set the bar high.

Conventional leadership is not the only leadership

Such leaders often struggle to model some of the leadership behaviours that their own organisation says it promotes, however. They struggle to coach others, to listen with an open mind. They are respected but not necessarily trusted. They are admired but not seen as role models. They say all the right things but don’t always walk the talk. They are flawed (as we all are) but are more focused on how others need to change rather than their own personal growth. How they lead has got them to where they are today and they see little reason to mess with a winning formula.

Often I’m asked to coach senior leaders who do not look like this. They’ve achieved an amount of professional success but now their leadership style is seen as career limiting. I am asked to help them become more ‘confident’ at board level. They are quiet, introverted and prefer to avoid conflict. They are much loved and trusted by their people. It is purpose, service and people that drive them more than personal success (although they want to get ahead so they can influence at the highest level). They are measured and thoughtful. They don’t like politics and would prefer to deal with issues one to one rather than raising thorny topics in meetings. They empower others, often giving away credit even when they should be taking some themselves. They are ‘nice guys’.

As a result they are overlooked and under-valued by the business.

Having spent hundreds of hours with such individuals over my 20 years of coaching I can assure you the problem is not confidence. The same critique is leveled at many women leaders. Because they don’t play the game by conventional rules they are given confidence training, taught influencing skills and told to ‘lean in’. But this assumes that there is only one way to play and that what’s holding women, and quiet male leaders, back is lack of skill and lack of self-esteem.

In my experience most women and quiet male leaders know who they are and they know how to get things done. They just aren’t willing to sacrifice their soul to get ahead. And they go about leadership in a way that’s unfamiliar to us.

Of course, all styles of leadership have their limitations. Quiet leaders often have strong opinions but misplaced propriety stops them from expressing them with conviction. They need help learning to have healthy arguments. They need to step out of the weeds, create stronger boundaries and hold people to higher standards.

As HR professionals, however, we also need to challenge our preconceptions about what a leader looks like. A former client told me recently that her team engagement scores were now the best in her business, but no one had asked her to share her winning formula. However she did receive feedback that she needed to work on her confidence and be less ‘friendly’ with her team.

Her problem isn’t confidence or friendliness. It’s not that these leaders are ‘too nice’. It’s that when we see the leadership behaviours we’re promoting in action without artifice, ego or self-serving agenda, they don’t look like leadership to us. It’s us in HR who have to re-think how we recognise true leadership.

How do we create true diversity at the top?

I recently asked an HRBP colleague who on the top team was having coaching. “All of them” he replied.

“Then how come the team is constantly at each other’s throats?” I asked.

When we create top teams full of big personalities and expect the quiet, more reserved ones to get better at playing that game, we end up with highly dysfunctional teams. No one style should dominate. We need balance.

That means constructing teams in which leaders are valued for their difference. Rather than telling one to tone it down and another to dial it up we need leaders who have a strong understanding of their drivers and values, how to use their personality to greatest effect, where their blind spots are and how to balance those blind spots with input from colleagues who see things differently.

We need coaches who will help senior execs double-down on what makes them different and value difference in others, not iron their differences out to conform to one model.

Coaching has to help create teams that are stronger because of their diversity rather than teams that are split by diversity. I often see two-tiered top teams with a ‘core’ leadership team and the others (more quiet, less domineering) forming an informal second layer.

Members of the top team know whether they are in the clique or not. And we can all see it, too. You have to question whether coaching is working if everyone is working with a coach and yet the team is still dysfunctional.

Is it a lack of confidence or just quiet leadership?

As HR professionals we have to get better at spotting when someone lacks confidence versus when someone simply has a quieter, more subtle, more generous style of leadership. If we want leaders who listen, coach, delegate ownership and allow others to shine we must reward that behavior when we see it.

The proof is in the pudding

We need to be curious about those leaders who generate loyalty and engagement; retain a sense of fun; deliver results long term; do clever, thoughtful work; and who seem less interested in personal advancement and more interested in the work itself.

Yes, you can carrot and stick short-term results out of people, but we all know when a part of the business is suffering under a tyrannical leader and we need to be brave enough to call that out even if we are rather intimidated by that individual. Development should be about revealing the true potential of the individual and not about ironing out differences.

As the old cliché goes – be yourself. Everyone else is taken.