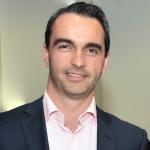 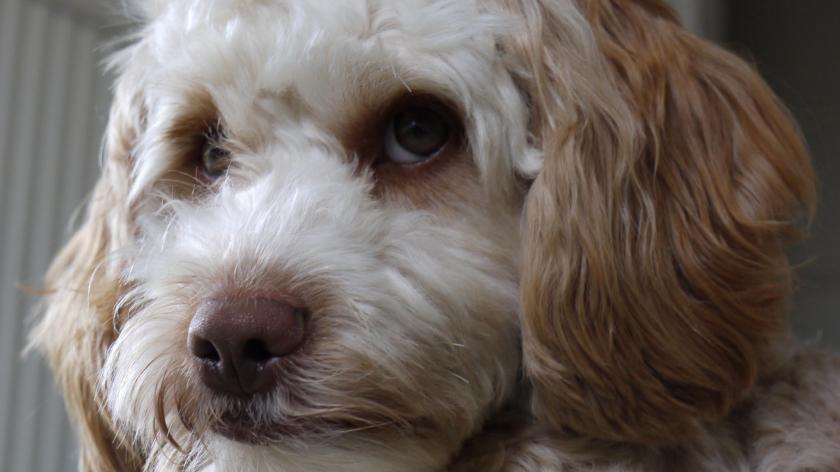 Office pets: the best first impression you can make?

An office pet not only boosts morale and helps reduce stress - it can also be good for a company's bottom line, too.

Time is a precious commodity and one that few of us would ever say we have enough of.

It is estimated that we spend as much as 70% of our waking hours each week either at work or performing a work-related task, such as the daily commute. So it makes sense to ensure that this time is spent in as enjoyable a way as possible: cue the office pet.

The number of businesses getting on board with the idea of having a pet-friendly office is increasing, and it’s not just because employers have a soft spot for our canine and feline friends.

Meet Rupert, the office dog. Rupert is an eleven-month old cockapoo who joins me when I go to the office. We live in Bath and commute to the office in Cardiff three days a week, the other two are either spent attending meetings or working from home.

I have been taking him to the office since he was just a few months old so he is used to the journey and being surrounded by other people.

Being a cockapoo, Rupert is hypoallergenic so I don’t need to worry about other people’s allergies. For him, he has his bed and toys and the comfort of having someone with him all day, whilst for me the benefits are plentiful.

Firstly, having him in the office is a huge stress buster. I don’t worry that he is left alone in an empty house, so I don’t need to rush off or get frustrated when I’m stuck in traffic on the M4 (which happens…all the time).

Secondly, I work in PR for the HR sector and I have deadlines every day for various clients. This can be stressful at times and having the dog with me simply eases much of that stress (a survey found that 82% of GPs believe that pets help workers to relax, as stroking a dog has been found to lower blood pressure).

The staff see the benefit too. With both internal or contract staff coming and going, they know that they will always receive a wonderful welcome from Rupert.

That’s what dogs can do for people; they make everyone feel like the most important person in the world and that is the perfect tonic whenever someone needs a quick pick-me-up or a few minutes respite from their everyday duties.

Perhaps the greatest benefit I find is the ‘thinking time’ I gain. Dogs need walking and it is my responsibility to ensure he gets the right amount of exercise each day.

This is great because it forces me to get out of the office at lunchtime for half an hour or so and prevents me from remaining in a sedentary position for too long.

Having Rupert with me in the office also boosts my overall performance at work. As I am out of the office and away from my laptop I have no distractions other than ensuring the wee chap doesn’t run off with another’s dogs ball.

This not only gives me time to think about what I am working on that day, it is also the time when some of our most creative ideas for clients have been developed and subsequently implemented. It seems I am not alone in this.

Indeed, a recent survey conducted by the Institute of Directors and the renowned occupational psychologist Sir Cary Cooper, found that fewer than 3% of all directors said they were at their most creative while at the office, with 66% of all business leaders claiming to be at their most creative when they are at home or on the move. It seems this time to reflect is crucial for a lot of people.

It is also great for enhancing business relationships, too.

We recently met with a potential new supplier and although I had met the director on previous occasions, I hadn't really clicked with him yet.

When he came to our office for a meeting he met Rupert and within minutes our relationship changed for the better; it turns out he has a spaniel and also takes his dog to the office - people warm to others with shared interests.

Similarly, I was interviewing the chief executive of Macmillan Cancer Support earlier this year on behalf of a client. Despite only being allocated a 15-minute time slot to conduct the interview, it went on for 40 minutes – the first 10 minutes were spent talking about cockapoos, as she also owns one.

I have interviewed several of the UK’s most prolific CEOs but because we had established a common ground that had nothing to do with business or politics (i.e. we both own the same breed of dog), in that case we were able to have a relaxed conversation. The interview remains one of the most viewed on the client’s website.

Of course there are other business benefits to be gained by having an office dog.

In 2015, a survey conducted by animal charity Blue Cross found that more than 90% of employers who allowed employees to bring their dog to work reported a positive change in the working environment.

Almost seven in 10 (67%) of employers reported improved staff morale, while one in two notice a significant decrease in absenteeism and sickness. Again, this reflects our own experiences.

Yet despite these obvious benefits, UK employers still lag behind many other nations when it comes to operating pet-friendly workplaces. In the US, one in five companies operate such a policy whilst more than half of all employers in Taiwan do so. So why is the UK so slow to adopt a pets at work policy?

It has been well documented that the UK has the longest working hours in Europe, and although we each have the same 24 hours in a day, the psyche of the British workforce seems to be on a never-ending quest to find that elusive 25th hour. Yet this is counter-intuitive and actually costs organisations more than what is being produced.

Not even the staunchest of proponents would ever suggest that pet-friendly working environments could result in the UK toppling Germany as the lead nation in the G7. However, there is no question that operating such a policy can positively impact an organisation’s bottom line.

We have seen technology streamline many of the operations that HR and other departments perform, but this hasn’t resulted in a relaxation in the number of hours we expect our employees to work. Rather it has had the opposite effect – How much more can we get from our people if we streamline X, Y or Z?

So whilst we may not be able to effect any sort of marked shift in the UK’s work ethos, by adopting a pet-friendly policy we can at least go a long way to help make those hours pass by quickly, enjoyably and for the accountants among you – profitably too.

Interested in this topic? Read Office dogs - the pros and cons.

Paul spent over 10 years working in recruitment advertising before making the switch into public relations and journalism in 2005. Since then he has established ClearlyPR as one of the fastest growing specialist PR, Social Media and Content Marketing agencies for the HR and Recruitment sector.

He is also a widely published writer too,...

This is a tricky one because on the one hand, I love animals and love when they are around. On the other hand, I can easily get distracted and not be as productive. Its a tough call for sure.