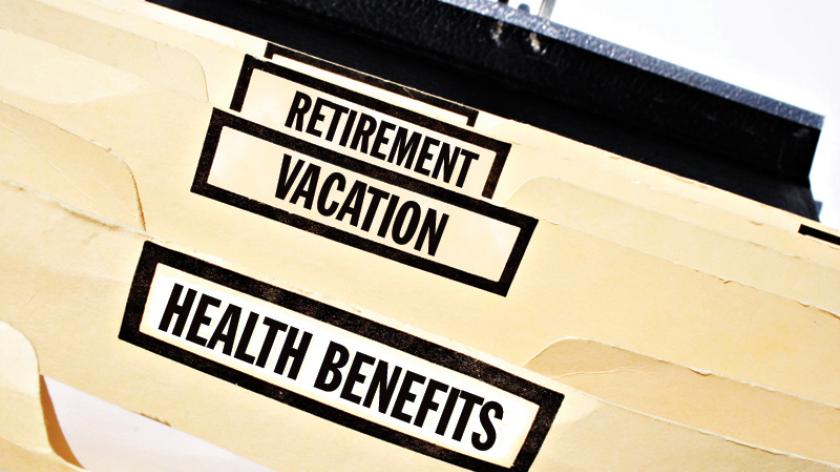 Employers thinking of following in Google’s footsteps and offering staff so-called “death benefits” must protect themselves against a range of potential pitfalls including possible discrimination claims, a legal expert has warned.

Laszlo Bock, the search engine giant’s chief people officer, told Forbes magazine last week that it had introduced a policy last year whereby, if a US employee passes away, their surviving spouse or domestic partner will receive a cheque for 50% of their salary every year for the next decade.   They will also see all of the former worker’s stocks vested immediately and any children will receive a $1,000 monthly payment until they reach the age of 19 – or 23 if they become full-time students.   Surprisingly even for an employer that provides staff perks ranging from free haircuts, gourmet food and on-site doctors, there is “no tenure requirement” for this one, which means that most of its 34,000 US personnel will qualify. A spokeswoman told the Los Angeles Times that Google was also looking to extend the scheme overseas, however.   “One of the things we realized recently was that one of the harshest but most reliable facts of life is that, at some point, most of us will be confronted with the death of our partners,” Bock said. “And it’s a horrible, difficult time no matter what, and every time we went through this as a company, we tried to find ways to help the surviving spouse of the Googler who’d passed away.” He added that the reason for introducing the benefit was more a question of ethics that of an attempt to boost staff engagement or productivity, however. "When it comes down to it, it's better to work for a company who cares about you than a company who doesn't. And from a company standpoint, that makes it better to care than not to care."  Legal considerations  Louise Taft, a senior solicitor at law firm Prolegal, pointed out, meanwhile, that death-in-service benefits usually formed part of an employee’s renumeration, whether they were provided via an insurance policy or by the employer themselves directly.   As a result, what appeared to have happened in this instance was a “classic case of ad hoc arrangements developing into a contractual policy”, she said. This meant that, if Google decided to withdraw the perk in future, it would need to formally amend its staff contracts.   But Taft also warned that it was important to ensure that all such death benefits were offered in an even-handed fashion, which included providing them to the civil partners of gay personnel as well as young staff.   “Cost alone cannot be relied upon as justification. There is an exemption in the Equality Act in respect of providing insurance benefits to employees over 65, but this will not apply where the employer themselves provides the benefit rather than buying an insurance policy,” she said.   A final consideration was an issue raised recently by the Employment Appeal Tribunal, when it confirmed that the estate of a former British Airways staff member, who had been unfairly dismissed, was entitled to claim for the loss of his death-in-service benefit.   In this instance, the employee died shortly after being dismissed or otherwise his estate would have been entitled to receive both the benefit and the insurance premium, Taft said.

The legal issues do not seem to be too much of an obstacle for someting that seems like a really innnovative employee benefit. Google have always been an organisation that seems to treat their employees right which is shown through the relaxed layout and atmosphere in their offices. This death benefit may seem a little weird at frst glance but shows that they do care about their employees and may provide some security for those whose spouses may not work and may not be able to provide on their own if they die.