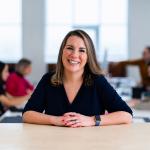 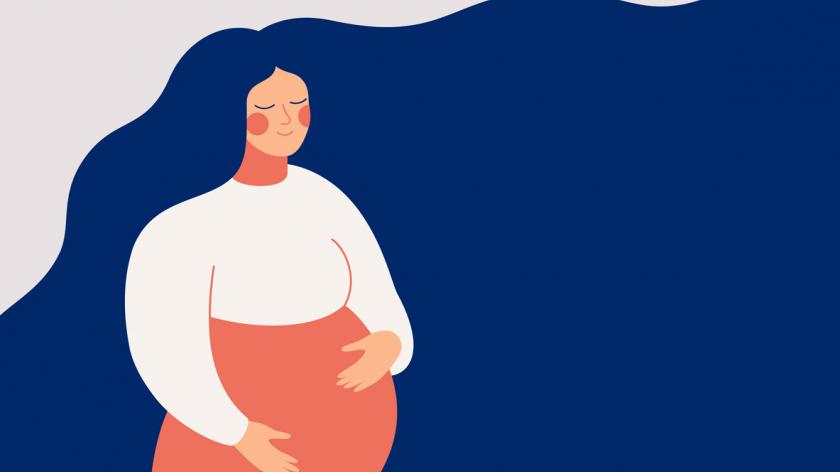 Maternity discrimination: How to beat the stigma

A quarter of pregnant women worry about being stigmatised by their employer, new research shows. How can HR mitigate persisting maternity discrimination and nurture a safe, inclusive space for expectant mothers?

Maternity discrimination can leave expectant mothers  – especially those who are pregnant for the first time – feeling isolated and alone during what can be a daunting period of their life.

Mothers and parents having a child shouldn’t have to be concerned about their employment status and what their manager might say about the pregnancy – but for many these worries are valid.

A report by the Equality and Human Rights Commission found that 54,000 new mothers lose their jobs every year as a result of their pregnancy. It’s no surprise, then, that recent research from Culture Shift reveals one in four expectant mothers are reluctant to share their pregnancy news due to the fear of potential stigma from their colleagues and managers.

Worryingly, more than one in ten employees who have faced maternity discrimination say it was their manager who discriminated against them,

The impact of maternity discrimination at work

According to the Equality Act 2010, maternity discrimination is defined as unfair treatment because a person is pregnant, breastfeeding or has given birth within the last 26 weeks.

Examples of maternity discrimination could include:

Our research reveals that expectant mothers are noticing changes in the behaviour of their colleagues as one in six said they no longer felt like a valued member of the team after sharing their pregnancy news.

Of those who had been in their job for less than six months before they fell pregnant, almost half (46%) felt reluctant to share their pregnancy news due to fear of repercussions from their colleagues and managers.

How can businesses ensure they create an inclusive work environment where pregnant employees feel safe to share their pregnancy news?

It goes without saying that every business should have an effective policy in place should an employee experience discrimination or harassment of any kind in the workplace.

The Equality and Human Rights Commission’s technical guidance details that employers have a duty of care to protect their workers and will be legally liable for all harassment in the workplace if they have not taken the required steps to prevent it.

16% of our survey respondents said their mental health was impacted by how they were treated at work during their pregnancy.

2. Don’t rely on managers to communicate your anti-discrimination policy

Worryingly, more than one in ten employees who have faced maternity discrimination say it was their manager who discriminated against them, which for most employees is who they approach to discuss workplace issues.

It is important, then, that you don’t rely solely on your management team to communicate the processes and policies in place for dealing with harassment concerns, nor that they are relied on as the only route for raising concerns.

Managers are in a position of power and set the example for other employees as to what behaviour is acceptable in the workplace. But that doesn’t mean they should be solely responsible for trickling down important communications to their team.

When updating your anti-harassment policy, ensure that you share it with your entire workforce and reiterate the importance of treating every team member with equal respect.

3. Encourage a ‘speak up’ culture

Organisations should foster a culture where colleagues feel confident in speaking up about discrimination in the workplace – whether they have experienced it themselves or witnessed it happen to a colleague.

Even though pregnancy can be a new and exciting time, for many it can be stressful and daunting, so the last thing expectant parents need is the added worry of what their employer or manager is going to say.

In fact, 16% of our survey respondents said their mental health was impacted by how they were treated at work during their pregnancy. And 14% felt their employer no longer recognised their good work after telling them their pregnancy news.

If expectant mothers felt empowered to speak up, perhaps they would be able to discuss these issues with their employers and feel more appreciated as a result.

Empowering employees to speak up about problematic behaviour in the workplace will, in the long term, break the stigma and ensure that employees and organisations thrive as a result.

If expectant mothers and parents had access to an anonymous reporting platform to open up about maternity discrimination, this would help break the stigma and encourage employees to speak up against perpetrators.

There are plenty of stress-inducing changes happening to expectant mothers both physically and mentally, without the addition of maternity discrimination at work.

4. Don’t treat expectant mothers like they are leaving the business

Recent research reveals one in ten (10%) expectant mothers had their working hours reduced when they told their manager they were pregnant.  This is worrying as being a parent is not, and shouldn’t be considered, mutually exclusive with having a successful career. Parents should not feel like they have to sacrifice their careers because they are having a baby.

Often, expectant mothers are treated in a similar way to those who are leaving the business permanently, rather than as someone who is returning after a short break. HR leaders and consultants need to ensure that pregnant employees are welcomed back to the workplace in the same way as those returning after, say, a sabbatical.

Maternity discrimination is incredibly isolating for any employee, and our research has proven it can also have a considerable impact on a person’s mental health. There are plenty of stress-inducing changes happening to expectant mothers both physically and mentally, without the addition of maternity discrimination at work.

If HR leaders don’t address maternity discrimination the business risks losing not only the respect of their employees, but also their skills and talent altogether.

Interested in this topic? Read 'Now to instil female empowerment as a workplace standard.'