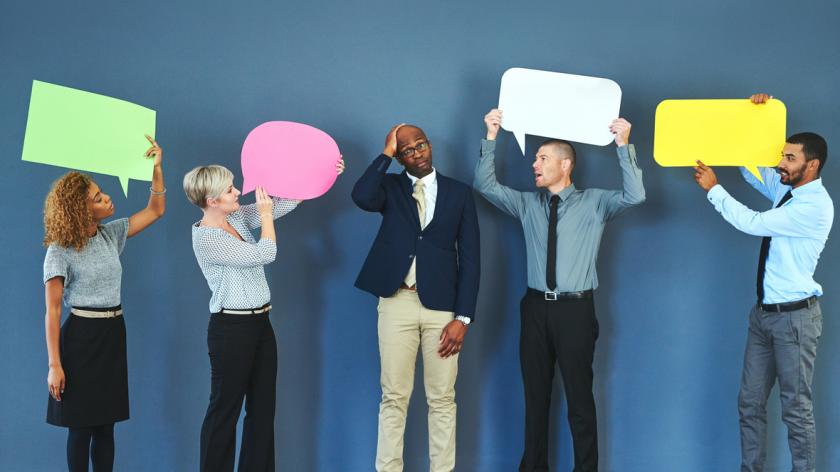 Mastering the art of speaking up: how to be better understood

In part three of a new content series on speaking the truth to power, Megan Reitz and John Higgins, co-authors of 'Speak up', explore the issue of understanding – how and why misunderstandings occur and how to listen better so that this doesn’t happen.

Our last two articles outlined the issue of trust – which is needed when people speak up – and also the element of risk that is present for those doing the speaking. Here, we come to the next part of the puzzle, which is connected to the person doing the listening and what they hear once all this has been said.

The workplace is a complex mish-mash of competing agendas and priorities. Speaking up skillfully amidst the politics of an organisation requires you to understand who has what type of power and influence and be able to assess what their agenda and priorities are. This in turn enables you to speak up with those priorities in mind – even if you can’t align to them yourself you can at least show that you have considered them.

When a gap emerges between what happens in practice and what is reported as happening, it can be fatal.

In both cases, you need to recognise that a myriad of unwritten ‘rules of the game’ emerge when people work together – habits of saying, doing and being – and not saying, not doing and not being that enable people to navigate agendas and power. One common ‘rule’ is ‘let’s pretend’, where people have to go through the appearance of doing one thing, while getting on with what matters to them and they see as the priority behind the scenes.

When a gap emerges between what happens in practice and what is reported as happening, it can be fatal. As one Investment Bank COO put it to us, looking back at the time of the great financial crash of 2008, it was only the top management who believed the reality being presented in the management reports. Meanwhile, the organisation was once again stoking up the possibilities of the next great collapse, by continuing to play out what he called ‘the biggest political lie in organisational life’ - the annual budgeting process – dominated as it was with stretch objectives, arbitrary spending controls and personal bonus contracts.

In one of our current lines of inquiry examining the gulf between what is happening and what is said, we are struck by how little mothers returning to work are able to be honest about their needs and priorities. Another area in which this happens is the silencing and pretence that hides women’s experiences of the menopause. This happens because of societal and organisational ‘rules’ that dictate what can and can’t be talked about – and serves some people’s agendas and not others.

It is tempting to believe in a world without politics, where there are no differences, and conflict can be avoided through an appeal to universal harmony or through the diktat of a powerful leader. No such world exists. What is needed are workplaces where differences and competing needs can be aired and people understand how to engage in constructive conflict and negotiation – only then can a robust speak-up culture take root.

The politics of the workplace cannot be ignored. It is a fact of life and understanding ‘rules’ is an essential requirement if you want to work with the reality of your speak-up culture – rather than the espoused one which often disappears differences, disagreements and organisational history. As we shall see in the next article, titles and labels help to sustain power differences and the personal agendas that rule the way things are done.