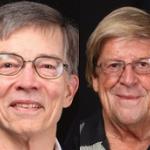 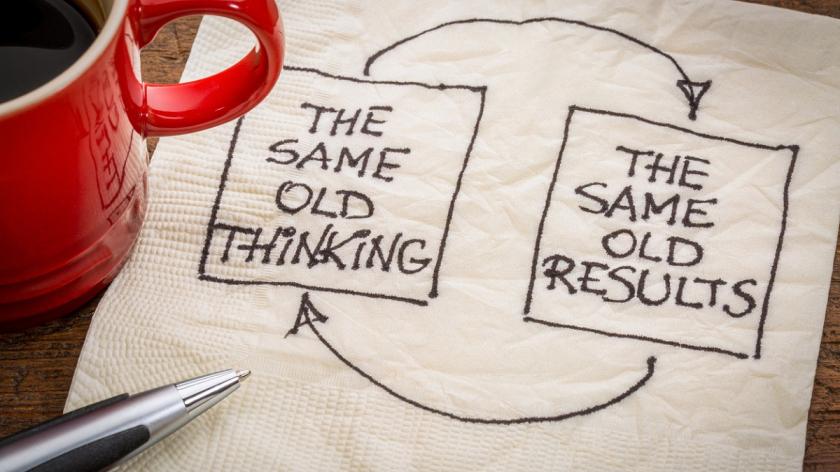 Martin Winterkorn seemed to be on track to make Volkswagen the world’s biggest car company. Wells Fargo CEO John Stumpf was among America’s most admired bankers. Yet both got stuck in bad thinking that led to tragedy for their companies. They were, in a word, clueless.

But they didn’t realize it, so they kept doing more of the same. Until disaster struck. Both were pushed out by their boards, and their companies have been struggling ever since with an almost endless spate of bad news.

It comes down to how they think. They get mired in a narrow world view that shrouds important stuff they need to pay attention to.

The VW and Wells Fargo CEOs didn’t know it, but both were following the same script.

It’s a drama in three acts:

Both got into this tragedy by relying on only one or two of four frames, or perspectives, that our research shows are vital for leadership.

The rational frame prizes things that can be counted and measured like price, product characteristics, and distribution channels.

If you like living in a world of logic, data and structure, this is your preferred mode of thinking.

The logic at both VW and Wells Fargo was deceptively simple: set higher standards, and your employees will produce better results.

It’s not wrong, just incomplete. It misses the human factor. Tell your employees you want A, and they’ll give it to you when they can.

If they can’t, they’ll pretend to give it while doing something else, unless you are as smart about people as you are about logic and structure.

This is your frame if you’re a people person. As Douglas McGregor highlighted in the 1950s, the key task of leaders is to align the needs of people and system.

Organizations that do this well show up on lists like Fortune’s roster of best places to work.

Places that do it badly often dig themselves into deep holes. When troubles arise, they keep digging.

When Wells Fargo learned that employees were inventing phony sales in order to meet daunting targets, it didn’t turn down the pressure.

Instead, it told staff, “Don’t do it!” Are you surprised this didn’t work?

The political perspective sees organizations as coalitions of individuals and groups with enduring differences in perspectives, interests, and resources.

Most important decisions are about who gets what. Conflict is at the heart of decision-making, and power is the key resource.

This was the backup perspective that VW and Wells Fargo management turned to when the scandals exploded. Management circled the wagons and blamed the employees. That failed because the scandals were huge and the damage to the brands was too overwhelming.

The fourth perspective is the most vital, but least understood, for leadership.

It emphasizes meaning and belief as the most important currency of leadership, mediated through symbols. In business, the preeminent symbol is brand. The idea of brand began simply as a label – like Coke or Ford.

What matters most about brand is the image it evokes in people’s minds, which includes a mix of ideas, emotions and values.

Wells Fargo, for example, invested heavily in building an image as the warm, responsive, community bank, but actually enabled an internal culture that rewarded deception and cheating.

Did anyone at the top ask, “Does our culture really support our brand? If not, what happens if customers find out?”  The answer is that consumers across America now wonder if they can trust Wells Fargo.

The bottom line: the world of leadership is too complex and turbulent for simplistic thinking. If you’re stuck using only one or two frames, sooner or later you’re headed for trouble.  Expand your thinking with multiple frames. You’ll lead more effectively when you expand your horizons.

Lee Bolman and Terry Deal are the authors of Reframing Organizations: Artistry, Choice and Leadership (Jossey-Bass/Wiley, 2017) and ...

Thanks for the insight Lee. It also made me think how vital it is for leadership and management to work with employees to set realistic targets and design processes and culture to fit their distinct motivators and values. The four frames are a great tool to show how leaders must adapt and wear many hats.

How much of this is simply unbridled ego? The people who get these top jobs with international companies generally do not do so by being little nice people.

This kind of mindset can be very difficult to convince that it has made any form of mistake. They believe that they can't afford to lose the slightest amount of 'face', or they will be immediately and ruthlessly usurped.

Their belief in their inherent Rightness (and it deserves the capital letter...) is what pushes them on to deny the obvious. How can the world not be bending to their will? Inconceivable!