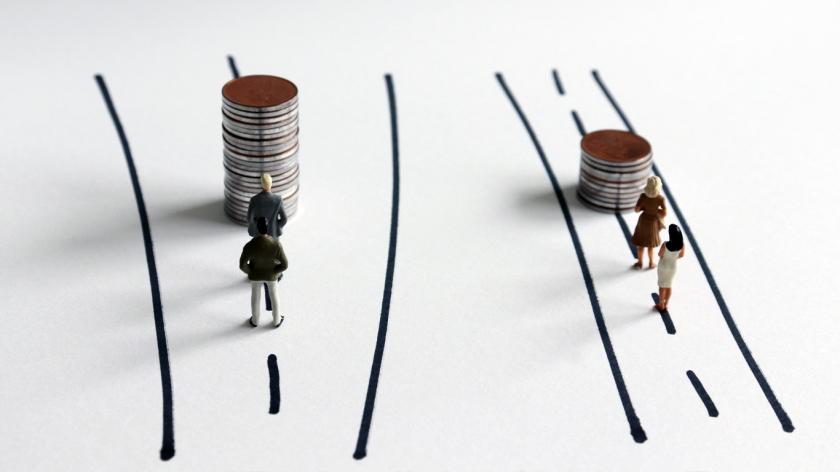 It's time to tackle the race pay gap

The gender pay gap received a lot of press coverage in the wake of the BBC salary scandal, but there is another significant group who are also victims of pay inequality and it's time they were recognised.

Over the past year, it feels as though a lot has been said about the gender pay gap. Whether it be large businesses having to publicly declare their pay discrepancies, or in popular culture.

Recently actress Jodie Whittaker confirmed that she will receive the same pay for starring in Doctor Who as any of her male predecessors, things do seem to have begun to change.

There is however another pay gap that is no less damaging or entrenched but has received significantly less attention.

That is, until Theresa May recently announced that businesses may have to reveal their race pay gap, in the same way that they did their gender pay gap.

In every walk of life, in every craft and profession, minorities are consistently paid less than white people.

There’s a long history of BAME (black, Asian and minority ethnic) people being paid less than their white colleagues.

Analyses of pay by race have been carried out in several countries and the similarity of the results is striking. Generally speaking, in every walk of life, in every craft and profession, minorities are consistently paid less than white people.

For example, in November 2017 the BBC found itself at the centre of a significant gender pay gap scandal, but far less attention was given to its race pay gap, which is just as (if not more) prevalent.

In other words, the BBC didn’t just have a gender pay gap - it had a substantial race pay gap, too. The BBC is by no means a lone example.

Global professional services firm, PwC, revealed a pay gap of 13% between its BAME and white staff - this gap is almost as substantial as the firm’s gender pay gap of 14%.

It’s right that the Prime Minister is opposing this injustice, but we must ask why it exists in the first place. PwC’s senior partner, Kevin Ellis, commenting on his company’s race pay gap says that it: “is entirely driven by the fact that there are more non-BAME staff in senior higher-paid roles and more BAME staff in junior administrative roles.”

This admission suggests that people are in fact being paid the same, regardless of race. Minority and majority staff simply happen to be doing different jobs - and so it’s nothing to do with racism.

This complacent and comforting (to PwC’s partners at least) theory forces us to ask another question: why are the majority of BAME people not achieving the same opportunities as their white colleagues?

The BBC has responded by introducing a ban on all-white shortlists for jobs above a certain grade. PwC has announced similar plans in response to its gender pay gap, banning all-male shortlists to boost its number of senior women, though it hasn’t taken steps to address its race pay gap. So, should all major organisations introduce similar quotas?

Despite popular opinion, we must first recognise that quotas are not new. What’s new is the way that both PwC and the BBC have reframed their policies to create more impact.

Rather than simply saying “we must always have a diverse shortlist,” they’re actively getting rid of shortlists that are all-white and all-male.

Secondly, we must understand that it’s relatively easy to subvert these policies. Advocates might refer to the Rooney Rule in the US, which was passed to ensure that more BAME candidates were being considered to coach NFL teams.

Whilst there is success in American football, elsewhere (in my experience), there are more failures than successes. Having someone on a shortlist is not the same as appointing them.

The truth is that we’re all at risk of bias, and there’s a tendency in the workplace for managers to evaluate someone who is similar to them more favourably.

They will find it easier to connect on a personal level and the individual will ultimately have more opportunities to take on responsibility and prove themselves, as well as greater access to informal mentoring and support networks.

Considering that the majority of senior roles are filled by white people, this would suggest that white staff are given preferential treatment and are able to climb the ladder more quickly. For example, research has shown that minorities are less likely to be given timely and accurate performance feedback by managers.

None of us are as objective as we believe we are, and none of us want to believe that we make judgements about people based on their ethnicity.

This happens partly because managers are wary of giving negative feedback for fear of being accused of discrimination, but it might also reflect a lack of concern about improving the person’s performance and developing them further.

None of us are as objective as we believe we are, and none of us want to believe that we make judgements about people based on their ethnicity. As a consequence, minorities are more likely to be found in roles which have fewer opportunities for progression and which ultimately pay less.

I applaud the Prime Minister for recognising and pledging to tackle the race pay gap. It is, in my opinion, an issue which should be opposed as passionately as the gender pay gap.

If businesses are made to publicly reveal the difference between their white and BAME employees’ pay, I’m sure it would come as just as much of a revelation as the gender pay gap did earlier this year, once the full scale of its injustice was cast in the cold light of day.

To truly solve this problem though, we must address the lack of opportunity for BAME people to advance to more senior positions.

Performance evaluations, career development and line manager support are all crucial ingredients, and the people operating these systems must receive the training and support required to conduct these processes with career and accuracy.

Diversity, assessment and development specialist Professor Binna Kandola is a Business Psychologist, Senior Partner and co-founder of Pearn Kandola, where in the last thirty years, he has worked on a wide variety of projects for public and private sector clients both in the UK and overseas.

As well as leading the practice, Binna is...