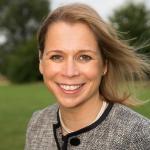 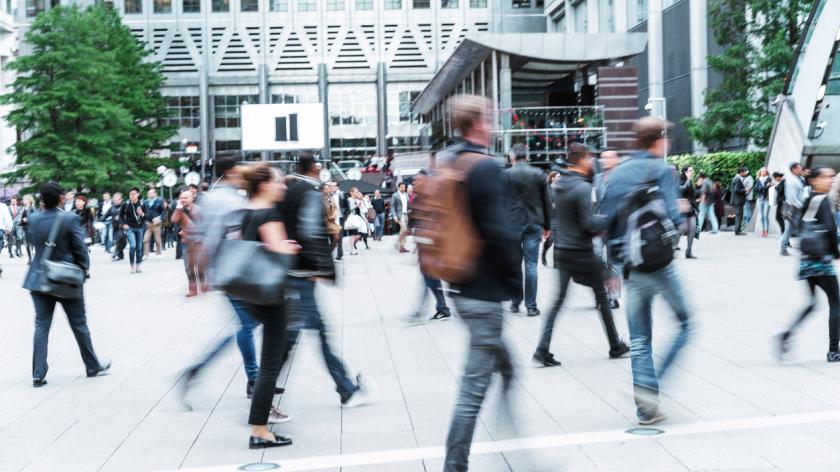 Advances in technology, stagnant productivity levels and a greater focus on employee wellbeing has opened up the debate on what a typical working week could look like in the future.

The working world is rapidly evolving, not only as a result of the introduction of revolutionary technologies, but also due to changing employee viewpoints, attitudes, and expectations.

People’s relationship with work has changed and, as such, there’s been a shift in organisational mindset to become more accommodating to new and different ways of working.

Work-life balance has risen to the top of employee’s must-have lists regardless of company size or industry.

As a result, there is now a real push to meet the needs of the modern workforce through enabling them to effectively and efficiently perform their roles.

With productivity still slumped in the UK, addressing these issues has never been more important. Organisations are taking necessary steps to implement technologies to help them achieve improved productivity and empower a more engaged workforce to work smarter and work their way.

This raises a key question: with greater focus on employee wellbeing and investment in advanced technologies, can organisations achieve such an improved level of productivity that the traditional working week becomes just four days?

The Trades Unions Congress (TUC) recently stated that a four-day working week seems feasible in the UK, with the evolution of technologies such as AI (artificial intelligence).

In addition, according to a recent global survey we conducted via The Workforce Institute at Kronos, nearly half (45%) of full-time employees worldwide and 47% of workers in the UK say it should take less than five hours each day to do their job if they worked uninterrupted.

With greater focus on employee wellbeing and investment in advanced technologies, can organisations achieve such an improved level of productivity that the traditional working week becomes just four days?

Unsurprisingly, 83% of those same UK employees would work four days or less per week if their pay remained consistent – which is even higher than the 72% of employees worldwide who would take that same deal. Currently these are just theories, so how can a four-day workweek be achieved?

The value of employees

Firstly, it’s crucial that every organisation understands that a great business begins with a great product or service driven by great employees.

Neither of these elements can be underestimated and one has to go hand in hand with the other. It’s amazing how many businesses fall short in this critical area, but it’s no secret that more engaged employees will produce better work.

Our research demonstrated that full-time employees in the UK are the second most likely nation (34%) to feel that they do not have enough time in the day to get the job done, clearly showing that there is a disconnect between managers’ expectations and the employees’ reality.

When we consider that people join companies but leave managers, it’s absolutely vital that this is corrected.

Full-time workers in the UK desire a three-day workweek the most of any nation (26%) and the UK is also one of the least content with the standard five-day workweek (16%).

It’s therefore important that organisations consider the impact on employees with any new implementation.

For example, any technology should be designed, built and implemented as part of an overall drive to empower employees to do their jobs more effectively, in a way that encourages pride in their work. This has to be a key consideration, rather than simply thinking of the bottom line, which is often the case.

What do employees want?

According to our research, full-time workers in the UK desire a three-day workweek the most of any nation (26%) and the UK is also one of the least content with the standard five-day workweek (16%).

Coupled with the fact that UK employees feel they don’t have enough time to complete their work, employees in the UK are clearly calling out for a shift in the way they work.

At present, these employees are not working in the way they want to and don’t have the work-life balance they desire.

Managers therefore need to realise how to help their employees perform better through understanding their individual needs and what’s important to them.

Those organisations that can recognise this and offer something different to employees will prosper against the competition.

The feasibility of a four-day working week

Whilst the UK desires a three-day workweek the most, our research discovered that full-time workers in Canada (59%), Australia (47%), and the US (40%) feel strongest about having a four-day workweek.

These statistics show that, across the world, there is a desire for a greater work-life balance and if organisations want to attract and retain the best staff, enabling this balance through a four-day workweek could very well be the future of work.

This theory was also recently supported by the TUC, when it announced that it believes a four-day working week will be possible this century if businesses are forced to share the benefits of new technology with their workforce.

It stated that advancements in technologies such as AI, robotics and automation could deliver a £200 billion UK economic boost in the next decade.

The TUC... announced that it believes a four-day working week will be possible this century.

In addition, our research also found that even though 75% of full-time employees globally say that they have enough time in the workday to finish their major tasks, nearly two in five (37%) work more than 40 hours each week.

We also found that almost nine out of 10 employees (86%) lose time each day on work-specific tasks unrelated to their core job. Workloads are heavy and relentless and yet employees, specifically managers, are spending time on admin-heavy tasks that are not part of their specific job role.

Therefore, automating time consuming, administrative processes through the use of next-generation technologies can significantly free up the amount of time employees have to spend on their normal work-tasks, specific to their roles.

For managers of large teams, simple implementations of intuitive staff scheduling and shift swapping technologies for example can free up huge amounts of time, ensuring that managers can focus on more important tasks.

This will consequently result in massively improved productivity levels - whether that provides the potential to strip out a day’s work, enabling a four-day work week, or simply empowering us to spend our standard five-day workweek more wisely, productively, and impactfully.

The workplace of the future

There’s been a lot of discussion around how technology is changing the workplace and, with incredible advancements in AI, there’s also been uncertainty around what this will mean for employees.

Whilst it’s important that organisations adapt to modern technology and new ways of working, what’s most important is that employees are on board with these technologies and feel motivated, rather than dissatisfied.

Any automation should be balanced with people because whilst there is certainly a place for automation in many processes, people do business with people and relationships matter – so there will never be a demand for complete automation.

The most successful organisations will be those that truly value their employees and reflect this in everything they do.

With multiple sources pointing towards a desire for fewer working days and organisations’ understanding the power of a better work-life balance, there is a real possibility that a four-day workweek could be on the horizon.

Claire Richardson is European director of The Workforce Institute at Kronos and vice president of EMEA professional services practice at Kronos, where she works with customers to define and deliver workforce optimization programs focusing on employee engagement to drive improved business performance.