"Getting change 'done to you' is never engaging." 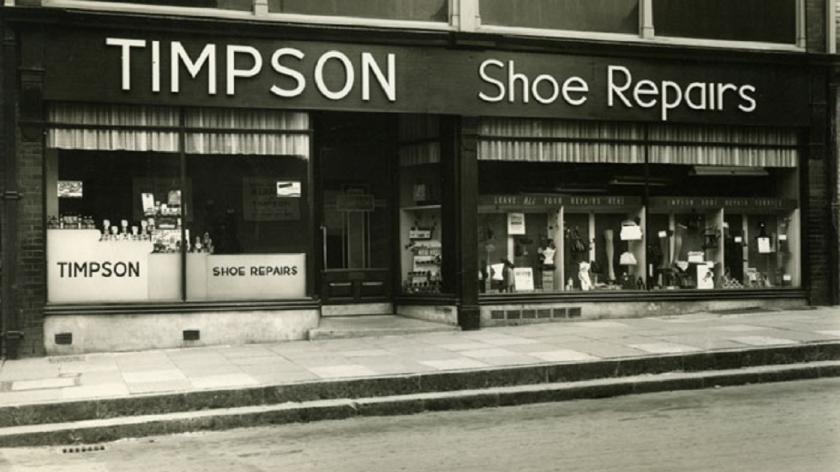 This is an interview with John Timpson, Chairman of the Timpson high street chain.

How do you see your role at Timpson now?

My son James is the Chief Executive and so he deals with all the detail. My role is to support him really: I don't get involved in day to day stuff but I'm there to protect the culture and basically be around when needed.

You’re speaking at the Engage for Success Engage or Bust conference next week. Engagement is a new word and the concept is not really new to you. You’ve called what you do ‘upside management’ for a long time. But what is it you do exactly when it comes to people?

We've always recognised that people are very important and we'll also always be, I suppose, especially good at looking after them compared to other companies.

The upside down way of doing things has only been around for about twenty years as far as we're concerned and it started when we recognised that our success depended on how well we looked after our customers.

It's really interesting you say as easy as possible because I've been using that phrase, but I rarely hear others say it with regards engagement. Most people talk about engagement in terms of emotional connection, but ultimately if a job is perceived to be easy then people can be more creative and innovative.

Yep absolutely, you have to tackle obstacles. So you make their job as simple as it can be for them. So you don't create lots of rules: they make a big difference. We have two rules: one is look the part, the other is put the money in the till. For everything else they can do what they want.

You've got to make sure that it isn't complicated. A lot of businesses make life more and more complicated and that's mainly caused by setting the belief that we have to create processes. I don't think it's about process, I think it's about picking the right people and giving them the opportunity to do their best.

One of the things you do is have holiday homes for staff or pay for things that they need: that's really about the ‘human being’ aspect of work, so it’s about wellbeing as well and making peoples’ lives as easy as possible.

Anyone who has a manager’s role in our business must remember that they can't tell people what to do. Our managers don't do that: they're there to support. Also it's very important that they actually take action if we've got someone who's not up to the mark.

We want a business full of people who are nine and 10 out of 10 and people who don't match up to that, actually, we just say goodbye as quickly and as nicely as we can.

We think that's a very important part of the management role but beyond that once you've got really good people then it makes a lot of sense to look after them and love them as much as you can.

One thing we do know is that if we've got someone who's really good and they start performing less well the reason will almost certainly be something else that's going on in their lives.

So helping them with deal with problems, whether they are debt problems or personal problems, is an important part of a manager’s role too.

In terms of good people what do you see as the nucleus of what makes a person that you want to employ?

Their personality. Whether they ‘get it’ or not. We just want people who understand what it takes and really it's people with a positive personality, people who like going to work, like working with colleagues, and are keen to be successful.

We're not after a jobsworth or someone who actually is dull, uninteresting and lazy and scruffy. We don't want those, we just want people who are the sort of people other people want to be with.

You guys are kind of the poster child for employing ex-offenders, there's obviously the social responsibility side of that but what kind of skills, attitudes, abilities do you think ex-offenders bring to the workplace?

So we don't have the different set of rules that determines which of the people from prison we employ. We're not trying to be heroes in creating employable people out of the most difficult people.

One thing we do recognise is that someone who's been in prison when they come out to work has got a lot more challenges to face, for example their financial situation or where they live. It’s extremely hard for them to get a mortgage too, or car insurance, so there’s all sorts of life problems we help them with.

So we employ people from prison because firstly, we know actually that it makes a hell of a difference if they've got a job because over half the people leaving prison, if they haven't got a job, will go back again within two years. That drops dramatically if they're employed.

And secondly, because very few other people are interested in employing them, we've got the pick of the bunch so we can get some very good people.

One of the questions I ask on employee engagement is ‘what’s next?’ because it’s seen as a journey. But for you it seems like you’ll just do more of the same because it works well.

I'm always looking for and keen to discover new ways of saying ‘well done’ to people. Something we’ve been doing for the last four or five years, which we invented ourselves, is making at least one person’s dream come true every month.

This has really hit the spot. Next year we're going to take a whole load of people for a big holiday because the company was started over a hundred and fifty years ago.

One of the important things to remember is that, with movements like engagement or CSR, as soon as you turn it into a process it loses its character and its meaning. Looking after people is not something you want to associate with having lots of boxes to tick.

The things that work best are those that are totally spontaneous, individually tailored and right for the moment. So that doesn’t mean everyone gets the same thing on their birthday, for example. We try to recognise birthdays – everyone gets their birthday off – but we also encourage the line managers to do something special for their birthday, like giving them a chance of having a day out with their family.

What I’m saying is there’s a danger that everyone thinks ‘right I've got to jump onto this involvement/engagement bandwagon’ and thinks that all they've got to do is to follow a whole set of rules and Bob’s your uncle, but it doesn't work like that.

With the trip for 150 people to recognise the company being around for 150 years, how do you chose who to bring along to avoid resentment?

Well I'm not too sure exactly because [my son, CEO] James is going to be doing that.  Almost certainly what we'll do is to ask everyone to nominate who they think should go. When you do it that way you don't get resentment.

Do you not getting people ‘playing the game’ to try and get included?

Not really. I mean, we're not that sort of business. That’s just not the culture that already exists. The other thing is that if someone was manoeuvring to get on that list, in the end we know them, and they just wouldn’t make it.

If looking after your people isn't about process, how do you empower the line manager to take this key role when you employ thousands of people?

The people who run our business, the area team in particular, they’ve all started at the shop level. They were all apprentices. We very rarely employ people from outside the business, so they all get it. And if they don’t get it we boot them back out.

The same rules apply to them as employees, too. They are allowed to run their area the way they think is best, they have the freedom to amaze their people in the same way as anyone else.

Do you see yourself as a people person or a business person who has realised how important employees are to success?

We make money out of cutting keys and repairing shoes and therefore you've got to look after the people who do that. It's the people who work in our shops that make us the money so that's why I spend so much time going and meeting them.

These people have to work for you and the whole thing won’t work unless you’ve won their hearts and minds. They’re the people that actually make it all happen so yes, I guess I have always been a people person.

Is all business a ‘people game’ now?

I mean those businesses that you have to hang on for ages to get hold of someone on the phone. That tells you it isn't a people business because they're clearly only looking at some sort of ratio numbers and all the rest of it. They haven't put themselves into the minds of the people that are hanging on the phone for two hours.

There's loads of companies like this and so I suspect that any business really should be a people business in as much as they've got to be able to put themselves into the minds of the customer.

You spend a lot of time going round your shops. What exactly do you do in them?

Go and talk to people if they're not serving customers. Ask them how things are going, look at the figures and just give them the opportunity to chat. You can sense the atmosphere within thirty seconds of moving into a shop. You really want to see for yourself that you've got really good people there but I wouldn't tell them if they're not, I would talk to the area team and say “have you got a problem here?”

Generally it’s just giving people a chance to talk to the boss.

And when you say you can sense the atmosphere, what feels good and what feels bad?

Does the shop feel looked after? Is it up and running and open on time? Has the guy or girl behind the counter got a smile on his or her face? Are they looking the part? You just sort of feel it.

Great article. I have always known Timpson's to have been a really responsible employer, fantastic to see it in such detail here.

It was great hearing from John Timpson at Engage for Success's event yesterday - such an inspiring man. It's such a simple idea to put total trust and responsibility in your employees and see upper management perely as enablers to allow them to serve customers as best they can - but so rare to see in business!