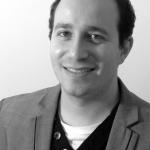 HR's role in mergers and acquisitions: before it happens

In this in-depth series, Benjamin Black of Blacklarke Consulting gives us the lowdown on how HR should handle mergers and acquisitions at every stage of the cycle.

Mergers and acquisitions present a plethora of issues. Most business leaders will focus on the obvious legal and financial implications, usually including costs of employment and any issues with T&Cs.

However, when it comes to viewing employees as a source of growth, sustainability or success, there is often a gap.

Employment costs are usually an organisation’s greatest, yet the risks associated with demoralised employees who feel out of touch with what’s happening and by not ‘taking the organisational temperature’ are often merely an afterthought.

It’s clear that for business changes to really succeed, employee engagement should be a major part of the process, right from due diligence to implementation and beyond.

Over this series, we’ll look at an example of a company going through a merger, and see how a strategic HR perspective can make all the difference.

There are several low cost and simple engagement initiatives which involve getting to staff across the organisation.

Andy is the HR Director at SeeThru a company employing 400 people. It’s owned by Alan who took over from his father.

He acts as MD and knows all his staff by name, most of whom have been there for at least 15 years.  Business is good and expansion is on the cards.

Unless managed carefully, merging with any of these other businesses is going to have an uncontrolled impact.

From its manufacturing and office site in the Midlands, the company makes sheets of glass, which it sells to other businesses who manufacture windows and mirrors.

The MD and Board have decided that the way to expand is to merge with a window company, offering a full service from glass manufacturing through to frame designing, building and fitting.

The Finance Director has done some analysis with the accountants and an external dealmaker and come up with an initial shortlist of four potential customers that may be suitable to approach.

Other than telling Andy about it during the course of executive team meetings, they don’t think that it’s a concern for HR at this stage.

The four businesses identified all meet the financial and governance criteria laid out by SeeThru’s advisers. Most of the Board think it is time to make an approach to them and see what they say.

Is employee performance and morale at such a low that this presents a great opportunity for a radical shake up and to ‘clean house’?

The four companies include:

However, based on this information, it looks like it is exactly time for HR to get involved.

Just as the financial professionals will have done their research on these organisations and looked for alignments from and differences to SeeThru, the HR team must do the same, considering:

The potential for 'uncontrolled impact'

Unless managed carefully, merging with any of these other businesses is going to have an uncontrolled impact on the answers to these, potentially affecting productivity, employee engagement and SeeThru’s reputation as an employer, with risks of huge long term consequences to business performance and revenue long after a deal has been completed.

At this point HR needs to take time to reflect.

Are things so positive for employees now that a new post-merger world should simply be more of the same, reflecting the current culture and setting aside that of the other business?

Or is employee performance and morale at such a low that this presents a great opportunity for a radical shake up and to ‘clean house’?

Perhaps it is a question of balancing the two, seeing it as both an opportunity to make some positive changes and rejuvenate the workplace, whilst capitalising on the current cultural strengths of the company?

They need to be making the Board aware of these questions and advocate the need to address them sooner rather than later, so that SeeThru can understand what it wants the new organisation to look like after any deal is done.

Getting to the heart of what drives its people and culture

Yes the deal is confidential, in fact it’s not even certain to happen. But the business now has an opportunity to get to the heart of what drives it and its people, information which is going to be useful no matter what happens.

Only once the culture and unique ‘personality’ of the company is understood, can the Board really have the full picture

There are several low cost and simple engagement initiatives which involve getting to staff across the organisation with surveys, 30 minute focus groups and encouraging staff to give feedback via their managers in a structured way.

The very fact that the organisation is doing this is likely to be viewed positively by staff as an opportunity to get their voice heard.

The importance of understanding company 'personality'

Only once the culture and unique ‘personality’ of the company is understood, can the Board really have the full picture of how a merger with any of the above four companies could work.

Based on the answers, there may be one that is a best fit, for example In The Frame, which is a business with a broadly similar outlook and history.

However, it may be that WackyWWindows.com, a completely different type of company, is chosen, which is fine, as long as the potential pitfalls have been realistically identified so that actions can be taken to address them.

In the next article, we’ll look at the next stage of the deal, once the other company has been selected, and examine how HR needs to get involved to ensure careful management of employee engagement in order to keep the businesses productive during a period of huge disruption and potential uncertainty.

We'll be posting article two in the series in the next few weeks!

His consultancy, Blacklarke, works with organisations of all sizes to ensure relationships between management and staff are...