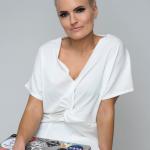 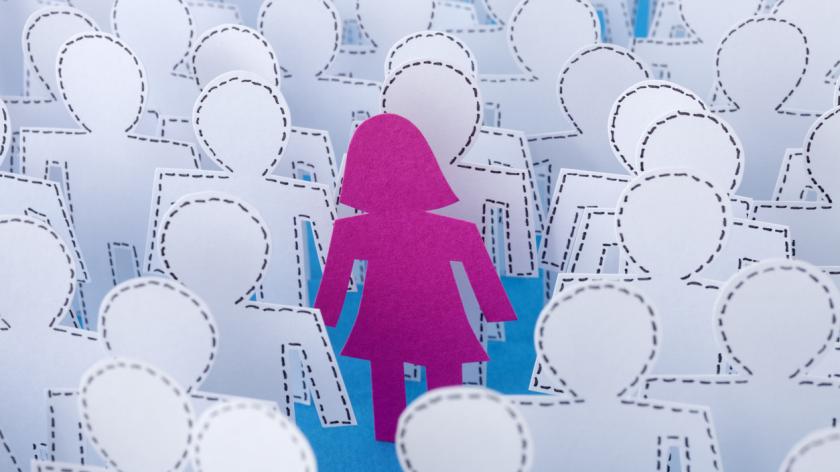 How to overcome the business myth of gender blindness

Many individuals and organisations claim to be ‘gender blind’, but this is a fallacy. In this article, Dr Marie Luise Sunde and Isabelle Ringnes share their personal experiences of gender discrimination and explain how organisations can begin to address this issue.

You may have heard the riddle that goes: a father and his son are in a terrible accident and rushed to the hospital. The father dies on the way to the hospital and the boy needs to undergo surgery. The surgeon arrives at the scene, looks at the boy and exclaims, "I can't operate on this boy, he's my son!" Can you explain this?

In this article, we want to start by sharing our individual experiences as professional women who have faced discrimination as a result of our gender and why this pushed us towards starting a business that is tackling this issue.

We will then explore the broader context of gender inequality in business and why we strongly believe that most organisations still can’t claim to be ‘gender blind’.

Finally, we want to offer businesses a realistic action plan to fight the battle against gender inequality.

Not long ago I introduced myself as the surgeon in charge at the hospital where I work and a female patient in her forties immediately asked, “what? Do you not have any real doctors here?”

Furthermore, when I bring a male intern to visit patients, they constantly refer to him instead of me, despite his efforts to push their requests to me since I am the person who can often better answers to their questions.

I’ve even experienced patients virtually begging male interns to join my surgery, even though they may have never entered an operating room in their life.

No matter how equality-conscious we like to think we are, traditions and long-standing bias taint even the most liberal decision-makers.

Time and time again, even in life and death situations, my female colleagues frequently have to repeat orders multiple times and are still ignored.

This often gives them no other option than to react in anger in order to be heard.

At the hospital where I work, we still do not have a single female chief surgeon and our management will happily explain that this is because women simply cannot work as hard or handle the pressure of a stressful hospital environment with frequent night shifts.

I find this odd because there are plenty of women in other hospital specialities with equal amounts of work as men who are under just as much pressure.

When I first started studying technology in New York in 2012, I felt alone.

I used to go to conferences and events but kept being reminded that I was an outlier. I often felt like I was the only woman around.

I wanted to talk about technology but was disappointed that the only questions I was asked were whether I knew where to get coffee, if I was lost, or if I had been tricked into a bad date.

By putting equality at the core of business strategy, business leaders can start the ball rolling and create real change in the workplace.

I am now a public speaker, and in the beginning of my career a colleague said to me (after he had had a few beers), “you know, the only reason you’re succeeding is because you’re cute to look at”.

He laughed it off as a joke, but his comment made me so insecure that I said no to my next offer.

It didn't help much that a few weeks later I was introduced to a stage, in front of an audience of men, as Norway's “tech-babe”.

Sadly, medicine and technology are just two of many sectors where women experience this kind of treatment.

Although many businesses want to make progress, we cannot pretend that decisions being made continue to be unbiased and unfair - we still have a long way to go.

The most prominent myth is that organisations are ‘gender blind’

Being ‘gender blind’ suggests people are able to come to conclusions and make decisions based solely on individuals’ skills and experience, without considering their gender.

Unfortunately this is a myth that needs to be debunked.

No matter how equality-conscious we like to think we are, traditions and long-standing bias taint even the most liberal decision-makers.

Many businesses are keen to make a change for the better, but don’t know where to start.

Let’s take a look at the wider context of gender inequality in the workplace. In the US for example, there were more CEOs named John in 2015 than female leaders. The numbers aren’t much brighter today.

According to Iris Bohnet, the Academic Dean of the Harvard Kennedy School, there are two ways to overcome unconscious gender bias.

The first is by raising awareness on an individual level and helping people see their biases to foster change, which is hard work and will take time.

The other is what she calls, “levelling the playing field” – reducing the opportunities for individuals to make biased decisions, and this is where technology comes in. We need to concentrate on both.

An action plan to succeed with gender equality and diversity

While there is no proven recipe to succeed when it comes to diversity, there are a few fundamental ingredients and some low hanging fruit.

It starts at the top

A good starting point in the quest for diversity is at the top. Diversity and gender equality need to be anchored with your leadership team. According to McKinsey, 78% of top leaders claim that gender equality is a high priority in their business.

Despite this, only 10% of employees believe their company prioritises the issue.

By putting equality at the core of business strategy, business leaders can start the ball rolling and create real change in the workplace.

What is measured can be managed

A key ingredient to succeeding with gender equality and diversity is measurement.

We know there’s a leaking pipeline of women from junior to senior levels. This has been constant for decades but we have very little research to tell us why, and thus we don’t know how to resolve it.

Many businesses are keen to make a change for the better, but don’t know where to start.

They are aware of bias decision making but are unsure where these decisions are being made and exactly how to address them.

Technology is the greatest instrument we have to achieve true measurement, which will ultimately lead to better management.

The myth that we are gender blind is one of many misunderstandings contributing to the slow progress in achieving gender parity.

With this in mind, we founded Equality Check for business. This works by mapping companies on a set of indicators (for example recruitment, advancement, pay, work/life balance, etc.) to enable businesses to come up with a report (like a heat map) showing areas companies are doing well in and areas that urgently need change.

We have also expanded the company to include a B2C offering which acts like TripAdvisor for businesses. This allows former or current employees to leave honest, anonymous reviews.

We were able to do this with the help of Antler - a start-up generator and early-stage VC that assisted not only with funding, but also gave us access to 150+ skilled advisors, many who have their own experience starting companies.

We are now working on expanding globally and Antler has provided us with the global network we need to eventually share our solution with a global audience.

Have patience and keep pushing forward

McKinsey found that despite efforts to improve diversity, only 24% of companies succeed.

Every major transformation requires an in-depth strategy, and achieving gender balance is no exception.

The myth that we are gender blind is one of many misunderstandings contributing to the slow progress in achieving gender parity.

Through our work within the field the past four years, we are happy to see that there is now a genuine interest within the business community to prioritise equality and diversity.

We hope in the future that no one has to encounter the discrimination we have both experienced in our industries.

Find out more about the Equality Check tool.

Interested in this topic? Read How women can succeed: changing gender perceptions.