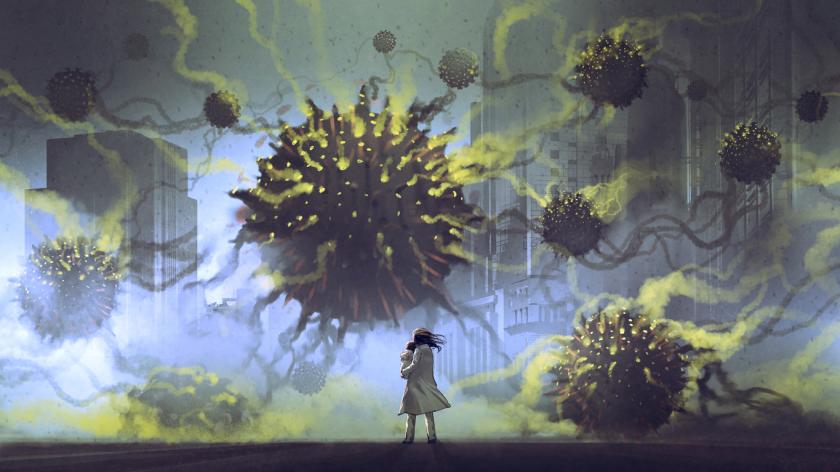 How to banish a toxic blame culture forever

Irresponsible behaviours can create a blame culture. How can HR help turn this toxicity into responsibility and improve the workplace for everyone?

What is the culture in your organisation? If you really think about it, could you describe it using only positive words? Is it one where people are genuinely encouraged, praised and take responsibility for their actions? Or is your prevailing culture one of blame where people look to everyone else rather than themselves when things turn sour?

How do you know if you have a blame culture?

A blame culture can manifest itself in various ways but usually, it involves judging others and trying to deflect blame. It can involve pointing the finger at someone else, accusing them (or implying at the very least) that the problem is down to their failures. Sometimes it leads to not highlighting, or even actively disguising, errors that have been made. The energy that could have gone into innovation, performance and getting results ends up being spent on employees covering themselves.

It’s not always the case that the blame’s being directed towards someone else though. Self-blame can cause real problems too; negative self-recriminating comments can be worrying signs that some employees are holding themselves accountable for things that aren’t down to them, and that can create a mindset that also damages performance.

How do you create a culture of responsibility?

Conversely, however, in a culture of responsibility employees are comfortable being held accountable for their actions. Because it’s a psychologically safe environment, they’re prepared to step up, initiate action and try out new ideas. If the idea doesn’t work out, or a mistake’s made, they know that while they must learn from it, they’ll be supported. Across an organisation, this enables the kind of measured risk-taking that drives creativity and innovation.

In a culture of responsibility, colleagues know they can rely on each other to work towards, and put focus and effort into achieving, the necessary outcomes. There’s clarity beforehand over the fact that they’re responsible (rather than being informed after the event). They get things done.

Colleagues also understand and respect the fact that people will do things in different ways to one another. As long as there’s clarity over the final destination, and clear communication along the way, it’s down to individuals to decide on the steps they take to get there.

Facilitate ways for employees to share thoughts and ideas, and innovate together

The building blocks for a responsible culture

It takes work – know the direction that you want to head in but remember that’s aspirational. You must also clarify the deliverable behaviours you need in your organisation to move towards a culture of greater responsibility. Think about whether there are any processes, systems, habits and old ways of thinking that could get in the way.

Balance freedom and support with autonomy

There’s a balance to strike – employees need clarity over end goals, as well as the knowledge that they have sufficient support to reach those goals. Within that framework, give them the freedom and autonomy to make their own decisions and initiate action.

Coaching is a powerful tool to use here, encouraging ownership by giving employees choices about the actions they could take and nurturing the ability to reflect, find solutions and make decisions.

Facilitate ways for employees to share thoughts and ideas, and innovate together. Actively drive collaboration by connecting people, helping to build trust between them and creating a sense of responsibility not only for the work they are doing but also for the people they are working with.

Careful communication will help ensure clarity about the activity they’re involved in, and how it fits with other colleagues’ work, encouraging cohesion and effective teamworking. In fact, you could potentially encourage even greater collaboration by focusing on team performance measures as well as individual, and coaching at the team level too.

Make sure employees know they matter

Building on the above point, make sure employees also feel valued and supported as individuals. If they know that their wellbeing matters to your organisation, and to their manager and colleagues, it’ll encourage them to act in a more responsible way towards one another. They won’t feel the need to blame others if something didn’t go to plan; a sense of security helps employees acknowledge their accountability without feeling threatened.

By helping employees to become more self-aware, they’re better equipped to realise if there are any behaviours they are exhibiting and beliefs they have that mean they tend to deflect blame or feel overly responsible and self-blame.

Coaching can play a big role, either face-to-face or through digital self-coaching, as it enables employees to reflect on the habits they have developed, and how they can change their approach.

Remember that the need for self-awareness applies throughout the whole organisation – including to senior leaders. This should go without saying; it’s so important they role model the behaviours and set the example by acting in a genuinely responsible and accountable way.

And self-awareness coaching is a very good place to start – opening up conversations about behaviour changes and mindset shifts that support the culture your organisation wants to move towards.

Interested in this topic? Read Company culture: is yours toxic or healthy?