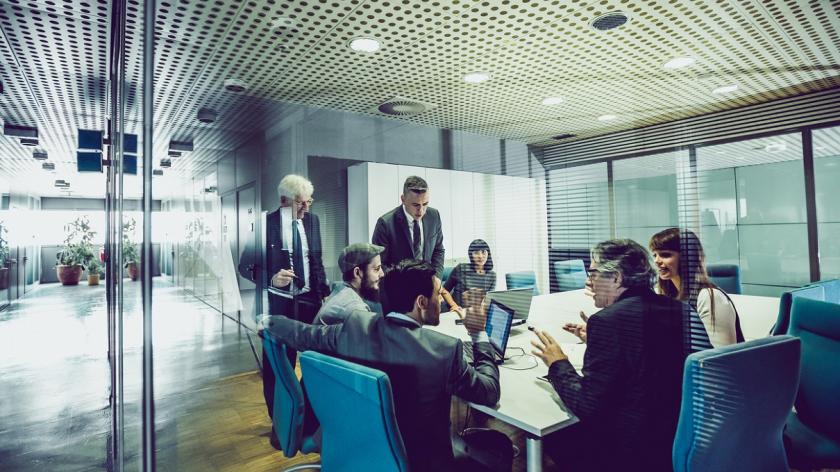 Following the Lord Davies review in 2011 to increase gender diversity in UK  boardrooms, 26% of FTSE 100 companies have successfully reached the required quota. But a new target has now been set of 33% by 2020.

More women in the boardroom is just one aspect of increasing diversity and I would argue that rather than boosting diversity through percentage quotas, by raising the Emotional Intelligence (EI) of the entire leadership team, more diversity and collaboration will naturally follow.

EI certainly contributes to the benefits of a more diverse boardroom, as all aspects of EI can be developed, it can distinguish the best senior leaders from other managers, regardless of gender. We know that top level job-holders score higher on nearly all aspects of EI (Maddocks, 2011)*.

What is Emotional Intelligence (EI)?

EI is about becoming aware of and managing emotions, both in ourselves and others and it can play a critical role in determining our happiness, success, motivation and productivity at work and home.

Neurological evidence shows that thoughts and feelings do not occur randomly. They are responses to a stimulus which has been perceived, interpreted and filtered through our underlying attitudes. It is a person’s attitude that largely influences their feelings, thoughts and in turn behaviours.

EI is also concerned with self-management and how we manage and get the best out of ourselves and our innate resources. For example, deploying our full intellectual potential under pressure, requires effective emotion regulation.

Emotions serve an important social and adaptive function. They increase our awareness of others, providing information on the perspective of others and an understanding of why others behave the way they do. EI refers to the capacity to adapt our behaviour within the social context and to collaborate.

EI can be developed but it takes practice. Noticing and managing our attitudes, emotions and behaviour in a changing social context is a continual process.

Why EI matters for top leaders

What distinguishes senior leaders from other job levels seems to be their self-belief, emotional resilience, goal directedness, personal power, positive outlook, capacity to manage conflict and interdependence to collaborate.

But higher EI is also about having and demonstrating the right attitude and setting the right climate as a leader that instils confidence in others to openly communicate their ideas or set a “green tone”, as we call it, for the boardroom and wider business.

As a non-executive director on several boards myself, it is my job to help develop a culture of openness and honesty in the boardroom, so the teams I work with talk about what really matters to the business.

Board meetings that are simply a tick box exercise for extensive reporting where leaders become defensive, aggressive, covering their backs or scoring points over others, are not beneficial to the short or long-term performance of any company.

Developing directors’ EI to create a culture of openness, collaboration, honesty, shared support of others, resilience and alignment to company values with other board members creates “green tone” leadership.

According to our 10 years of research and analysis in EI training and development with companies worldwide, creating this type of leadership climate can create up to 20% more engagement and performance in team members and for the organisation (Maddocks 2017).

How the EI of board members influences your organisation

There is a clear relationship between specific facets of leaders’ EI and the emotional climate or tone they set within their organisations. The organisational climate leaders set can significantly promote or inhibit emotionally intelligent behaviour e.g. people showing up and being fully present and productive at work and innovating for success.

The study consisted of 108 senior managers and directors within both public and private sector organisations, measuring their Emotional Intelligence Profile (EIP) and Leadership Climate Indicator (LCI).

Leaders surveyed were rated on the LCI by their line managers, peers, direct reports and ‘others’.

The majority of LCI correlations were with interpersonal aspects of the EIP (Regard for Others, Awareness of Others and Relationship Management), indicating that the interpersonal effectiveness of leaders is particularly influential on the organisational climate.

We also analysed whether the leaders’ scores on their EIP correlated positively with positive clusters on the LCI, which they did. The leaders’ EIP scores included Regard for Others, Awareness of Others, Connecting with Others, Trust and Interdependence.

This positive correlation suggests leaders who value others, understand their motivations and endeavour to build close and trusting relationships, are more likely to create a positive emotional climate, in particular a climate that is ‘Appreciative’.

Finally, we explored whether negative scores on the EIP scale correlated with negative clusters on the LCI, which again they did. EIP scales included low Regard for Others, low Awareness of Others, low Connecting with Others, low Over Independence, low Aggressive and low Reflective Learning.

These correlations suggest that leaders who are less attentive, less caring and sensitive to others, less disposed to building close and trusting relationships and less concerned with their self- development, are more likely to create a negative emotional climate, in particular a climate that is ‘Over competitive’.

How to approach EI issues with your board

Given that negative leadership behaviours have the most significant negative impact on organisational and employee climate, how might this potentially delicate matter be addressed at board level? In our experience, there are three different approaches that have proven particularly successful for EI training and development at board level.

A leader who is defensive, critical of others, displays anger and anxiety and is not open to feedback, may be difficult to approach.

Rather than singling out this leader for EI training and development on their own, address the wider effect that their behaviour is having on the company’s culture and other managers.

A light touch approach is to analyse all managers’ EI in the company and how it can be developed, so everyone is part of the development process. This can start at the top and cascade down. Improving the EI of all board members as a team, including the leader in question, will help address issues collectively.

A promotion that’s not working

Newly appointed directors can often feel under pressure to perform in their new role. A director that has earned a promotion but needs more time to develop, might struggle to understand and get to grips with their new position. This panic can create defensive habits which have a negative impact on colleagues and culture.

An understanding CEO that believes in the power of EI training and development would invest in the newly promoted director, because they believe in them. Improving EI in this instance will help the director change to become more effective in their new role by helping them at an attitude and emotional level, increasing their Self Awareness and benchmarking their EI progress. This commitment to the director by the CEO increases confidence and in the long-term benefits everyone.

We work with a number a brave CEOs who understand the value of increased EI in the boardroom and invest in it to improve the performance of their business.

Regular coaching and feedback sessions bring other directors into close alignment through EI benchmarking, while also developing deep trust at a social and emotional level.

In turn, stronger EI in the boardroom also leads to deeper resilience individually and as a team, through an open, honest and collaborative boardroom. This allows for the often needed difficult and complicated conversations to be had in a healthy and positive manner.

This collective alignment filters down through the business through enlightened leadership from the top down, creating a culture of EI-inspired confident employees, stronger teams and better business performance for the whole organisation.

The boardrooms that invest in EI now will create the companies of the future that don’t simply survive but adapt, innovate and thrive in the markets in which they operate.

*Our data on over 30,000 individuals completing the EIP indicates that male and females score equivalent on overall EI, but demonstrate relative differences within specific facets of EI (Maddocks, 2011).

Maddocks (2017). Does the Emotional Intelligence of leaders influence the emotional climate of the organisation? Assessment and Development Matters. Vol.9 No3 p. 10-15.