Wellbeing and the importance of workplace culture 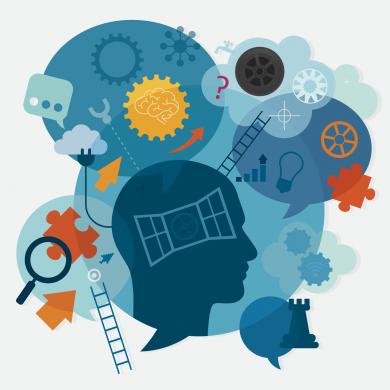 “Going into opening our new location in Dublin, we knew we were entering a war for talent.”

Cathy Donnelly is HR Director at Liberty IT. She was previously UK & Ireland HR Manager at Ikea and before that Head of HR at Botanic Inns. In 2015, Liberty IT opened a new office in Dublin (with an established one in Belfast) and Cathy talked to us about how they smoothed the process and made sure engagement remained high. Liberty IT were the only Northern Ireland organisation to be ranked among the Great Place to Work top 50 best medium sized companies to work for in the UK in 2015 and 2016.

Jamie Lawrence, Editor, HRZone: You guys had built a really strong culture over time at your Belfast office. What were you thinking as you prepared to open a brand new office in Dublin?

Cathy Donnelly, HR Director, Liberty IT: We knew we were entering a war for talent. The IT market in Dublin is incredibly buoyant. All the big names are there - Facebook, LinkedIn - and we were going in with no brand awareness in that location, despite a strong track record in Belfast. So the biggest risk was that we wouldn’t attract the talent.

The other thing was maintaining the key parts of our established culture while giving Dublin autonomy. We made a decision early on to have one of our executive team members from Belfast lead the roll-out of the Dublin office so that he could help integrate the strengths of our Belfast culture in the new office, while allowing the new Dublin team members to make it their own.

But we were clear: we did not want to take the Belfast culture and put it into Dublin because it wouldn’t work. But there are some principles to our culture, simple things like treating people with dignity and respect, that we wanted to make sure were there from the beginning at the grassroots level.

We do look at the technical skills when hiring people, but we believe these can be trained.

Jamie Lawrence, Editor, HRZone: Tell us a bit about how the team in Dublin started and evolved.

Cathy Donnelly, HR Director, Liberty IT: The first team we started with there was the helpdesk. And we’d not had one before. We had Niall, the director in Dublin, and some team members from America who came over and partnered with us for six weeks to really help us identify, hire and onboard the people we needed in that team.

At that stage we also had recruited an HRBP in Dublin who was critical to the success, as well as a manager for the helpdesk and we fast-tracked their orientation into the organisation, and their understanding of the organisation.

That meant they were then able to select people to join us that really fitted the values of the organisation. We do look at the technical skills when hiring people, but we believe these can be trained, whereas alignment with our capabilities and values is essential.

Cathy Donnelly, HR Director, Liberty IT: It’s interesting. Some values are set by our Head Office in America. We’re in a constant balance in terms of, are we primarily an insurance company? Are we in IT? How strongly do we affiliate with our parent company? How do we find our own identity in Ireland?

We’ve learnt a lot over the years about the level of detail we share with the teams.

We do the Great Place to Work survey every year which gives us some really clear indicators in terms of identifying our culture. Every year I’ll also do a series of roundtables with our employees, ask them what’s special and what makes them stay, and our MD and executive team members will do the same thing too.

So this kind of helps tease out what’s important on a company-wide or local level.

Jamie Lawrence, Editor, HRZone: You made a point to reassure staff in Belfast (the original office location) that that location would continue to grow and be focused on. How did you do that?

Cathy Donnelly, HR Director, Liberty IT: There was a concern that we would lose focus in Belfast.

And to be fair a lot of our attention did go onto Dublin because establishing a new unit takes a new amount of time and energy and focus. But once Dublin was established we then heard messages from our Dublin employees saying that they felt that Belfast was getting all of our attention.

Every year I’ll also do a series of roundtables with our employees, ask them what’s special and what makes them stay.

How have we responded to that? Well, originally if we ran a new project we’d have a Dublin team doing one thing and a Belfast team doing another. But one of our directors decided to have split teams - half in one office, half in another - to spark collaboration and team working.

And so we didn’t say to people that they ‘have to be in Dublin’ or ‘have to be in Belfast’ but left them to make the decision to decide where they needed to be to solve a particular issue or work on a particular thing one week. As a result, we see lots of travel north and south between locations and there is lots of technology which supports collaboration.

I also encourage this within my own team. I’ve got two people in Dublin and six in Belfast but I’m in Dublin frequently, my Dublin team are in Belfast every week and vice versa, so it’s more about getting that face-to-face time to get the impact across building links between both locations.

We’ve also had secondments, for example people who have said they want to go and work in Dublin for three months. And we’ve supported that. Despite the fact, to be honest, there’s no critical business imperative to do so - but we just felt that building on a culture we’re proud of is very important.

We did not want to take the Belfast culture and put it into Dublin because it wouldn’t work.

When I first came in, it was difficult to know who to go to with a particular problem and you could be buffeted between people throughout this large global organisation, which is hugely frustrating. But just to have a few people on the ground in Dublin on secondment, who are really experienced and who know who to speak to in order to get answers, is hugely valuable.

We’ve learnt a lot over the years about the level of detail we share with the teams. Some years ago we only shared a cross section of the Great Place to Work results - some results but not all, more of a general feeling - but now we’re giving teams and managers actual results and encouraging them to discuss and debate them and make changes to improve their working environment.