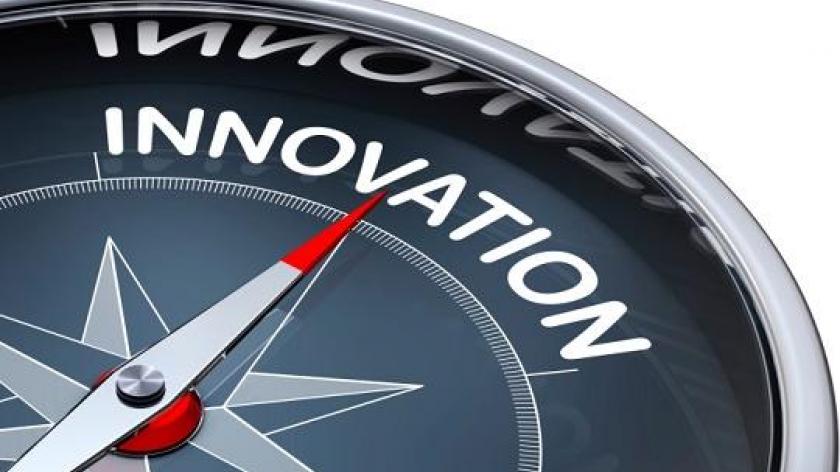 Ask any CEO and they’ll tell you that innovation is vital to a company’s long-term success. In fact, a recent IBM study (IBM, 2010) of over 1,500 global CEOs found that ‘creativity’ was the number one most important capability for achieving their ambitions.

Yet many large companies will secretly admit they don’t have the capabilities to innovate continuously. The result of this is that the majority of what they release as ‘innovations’ do not excite their customers, so much so that an astonishing 96% of all innovations released by companies fail to make a positive ROI (Doblin, 2013).

But the good news is that innovation is actually a process that can be trained, and creating a corporate environment which actually encourages innovation is something in which HR departments can play an integral role.

Here are five ways that HR departments can have a direct impact on innovation capabilities:

1. Recruit with innovative teams in mind

If the majority of people in a team are very similar (e.g. computer programming background or MBA graduates) then they will approach most of their challenges in the same way. Even more dangerously, it has been shown to quickly develop a ‘this is how we do it here’ mindset, which is deadly when trying to adapt to changes in the market. However, fresh project teams developing new things have been shown to be most successful when 50% of the existing previous members are replaced by new ones with a different perspective (Uzzi, 2005).

Make sure that a proportion of your recruitment is of people from different backgrounds with complementary (not necessarily the same) skillsets. Also, try to find candidates with the informal traits of curiosity (which will bring new ideas into your company) and adaptability (which is vital when developing something new).

2. Train your staff in innovation management and innovation leadership

Some methods are based on the Design Thinking practices from companies like IDEO, while others, like the Innovation Lifecycle used by Improvides, are used to manage specific innovation projects. In all cases, having your team members trained in the steps required to understand the market need, develop and evaluate ideas and then execute them, will reduce failure rates significantly.

Just as importantly, training also has a big impact on leading innovation, enabling company decision-makers to assess the potential impacts of innovations in the marketplace and prioritise investment in specific innovation programmes to the overarching company strategy.

Failing several experiments is not the same thing as failure. There is, in fact, a strong positive correlation between the willingness to experiment and the ultimate success rate of innovations once they are launched.

Successful innovators know experiments should be simple, quick and be used to gain insights to refine the offering several times further, before it’s finally launched to the public. And then, even once an offering has been launched, further iteration through experimentation will continue to innovate it further. A simple mantra for corporate experimentation: Fail often, fail quickly, fail cheaply.

Nonetheless, many formal performance management programmes, especially those which involve ranking employees, can significantly reduce employee willingness to take risks by experimenting, in case the experiment doesn’t work. Developing a new innovation may also work on a timeline which doesn’t align with the performance management timelines (e.g. the whole company is assessed in one month every year), whereas some innovation programmes may be designing and refining solutions for more than two years, or just beginning.

The performance management process must understand that experiments are vital for building the company, and that the first set of experimental results will almost always be ‘failures’. Therefore, teams developing new innovations should be assessed on making progress, rather than the results of the experiments themselves.

4. Make sure the message from the top is indeed supporting innovation

Nothing destroys an innovation culture more than staff feeling like they will be judged negatively by their superiors for suggesting and attempting new things. This is especially true when the message from leadership is that people need to focus on getting results immediately and get it right first time. While this sort of message is very effective at helping companies during cost-cutting exercises, it has a detrimental effect on developing innovations to help the company grow.

Innovation starts from the top. It needs to be something the CEO is willing to say that they are personally supporting. Even better is when the CEO can communicate what sort of innovations the company should focus on. Little things like putting up a video of the CEO talking about what sort of initiatives excite them will get the message out there that individuals have the permission to get excited about their ideas.

Often, the solution to a challenge one team in a company is struggling with will come from an insight from someone outside that team. This is an example of outsider thinking, where different people can address the same challenge with different perspectives and pools of knowledge. 3M, a worldwide leader in consistent innovation, actually encourages staff to migrate between departments every few years, to spread insights and knowledge throughout the company.

There are very simple and inexpensive ways to help build such a pool of diverse knowledge within your company. Firstly, invite speaker evenings with people who have an interesting insight into how various industries addressed their trends and challenges. And consider holding an annual knowledge sharing session between the departments of your company, including not just the results of projects that have finished, but also projects which are still experimenting. This might just lead to the innovation that will take your company to another level.