We live in a social world now

Is it ok to snoop on staff? 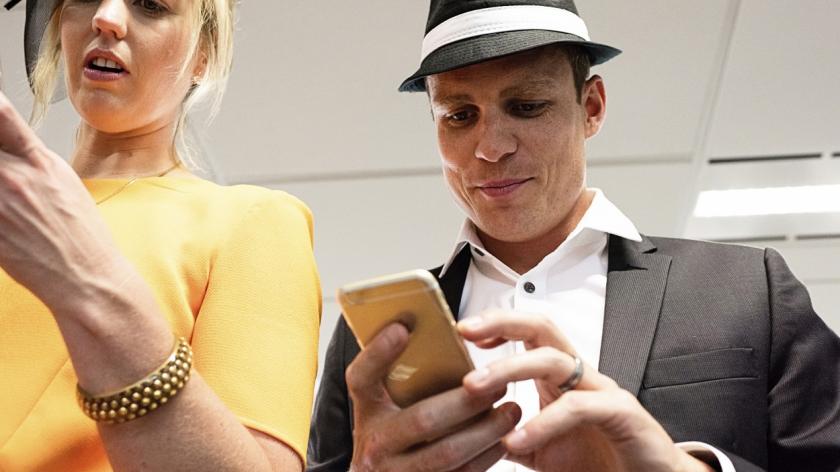 EU 'snooping' ruling: it's time to recognise the social world we now live in

I’m no lawyer so this isn’t an expert legal take on the recent Barbulescu ECHR ruling in favour of his former employer around employers reading private messages at work. Said employer was monitoring and using evidence of his personal messaging during working hours which ultimately was the cause of his case to said European Court for unfair breaches of his human rights.

Indeed one UK national led with “Employers have the right to spy on staff's work emails and electronic messages, the European Court of Human Rights has ruled.”

It is showing just how the convergence of technology in our working and private lives - both in terms of device and applications - is a grey area. Less 50 shades, more like 150 shades.

If we use the term social here, it’s meant in the context of messages that are “not critical to the conduct of someone’s work.”

So we’re talking social as in personal exchanges between non-colleagues. Mr Barbulescu was talking to his girlfriend about non-work related matters.  That’s pretty clear to me from what I’ve read on the ruling’s evidence-base.

Now here’s the (fictional) story of Max working for the same company at a desk near to Mr Barbulescu’s but not being monitored on his use of technology and messaging tools.

12.31: Max tweeted a live update on a key signing by his football club to his personal twitter account using his work device.

12.34: Max updated his Facebook wall with details of a brilliant new app he’s just downloaded which helps him time manage.

12: 40: After the microwave pinged to denote his soup was done, Max sat back at his desk and set about putting a Google Doc together for his best friend’s web hosting business all about key considerations for SEO ranking.  This was a favour during his lunch break and he sent the link over to him via his Google Drive account.  The friend had just introduced his business to Max’s as a client so Max owed him.

12: 57: Max then sent a LinkedIn direct message to a new client lead he has about the work his company was doing and asking for a coffee to talk about the new services.

30 minutes had passed so Max then set about project management tasks for the day using his Basecamp app.

During that 30 minutes, Max did MOSTLY social stuff. Where arguably, only the LinkedIn message constituted “work”. Yet Max didn’t compromise his employer in any of his posts; their equipment; their brand or other factor. He could’ve used his smartphone and he didn’t use the company Yahoo messenger account.

In fact Max spent 5 out of his 30 minutes at lunch specifically on work stuff (the LinkedIn message).  He could argue that his Facebook post was linked to work - an app showing his contacts he was bothered about optimising his working time and sharing something useful.

He also did a favour for a friend’s business who had just introduced several thousand Euros of new business to his company.  Had he used the company Yahoo messenger for some of this he might have been in trouble too.

See how grey this can all get?

If we’d purely looked at Max’s technical schedule of time and websites visited, we’d accuse him of spending 30 minutes doing his own stuff on company time.  Add that up over the week and you can see what this might mean.  Even if they scrutinised Max’s messages the employer would only see the LinkedIn message as work-related.

Max may have done something LIKE this throughout the day and not just over lunch.

When does work start and social stop and vice-versa?  And how does this justify extensive snooping / monitoring and access by employers?

Max then spent his ENTIRE commute home sending messages via Yahoo or otherwise, working on documents and slide decks and cleared up his task list even though he’d just done his 8 hour shift in the office.

Not knowing Mr Barbulescu’s working habits, he could’ve argued that for every 5 minutes messaging his girlfriend he did 10 more minutes to keep up with this work out of working hours.

It’s probable that wasn’t the case as I’ve not seen that in the counter argument about efficiency or otherwise.  Had he worked from 9pm to 11pm to catch up and not caused anyone else any issues with this working method, he could’ve argued this messaging “downtime” was more than made up for in a trade off, albeit unofficially.

It was the use of the tool that was a key feature here yet many people use such messenger tools on and off company duty.  WhatsApp; Twitter; Yammer even.

We don’t work on a production line as much as we used to - there’s not many places with starting bells and clocking cards. There’s a recognition of a fluid movement between work and social.

Make an appointment for your children to go to the dentist whilst at work?

Probably been happening since the 1970s - first by phone, then by email now by interactive web chat.

The ECHR’s ruling seemed very focused on a work-provided application and not massively on the time spent/wasted yet as more and more work-related applications become open cloud-based tools, I fear this is going to get even more tricky to legislate in the future let alone snoop/monitor.

Give and take. Responsible use. Balance. Same applies to scrutiny and “snooping”. If you can access messages between people, use it on a reasonable cause basis.

Starting from a point that trust, responsible use and open dialogue about this sort of thing are paramount and maybe we will see less time wasted in higher courts on digital spying and more of our time on productivity, application to workflow and a reasonable expectation that we’re social human beings and working people in an increasingly intertwined world.

“It’s my app and I’ll snoop when I want” doesn’t seem to be a really effective way to tackle this issue.

Recognising there IS a flow between social and working use and creating an understanding of appropriate use through open dialogue would seem to be a lot smarter an approach to me.

This case was very poorly reported in the mainstream media. *shocked face* A glance at the headlines might have indicated your employer can just walk up to you and read what is on your phone. Not so. It was very fact specific and is unlikely to apply in many workplaces. The key here was that the company had banned any personal use of work systems for private use under any circumstances, and had communicated as such to their workforce. They had been clear that they would monitor messages and assume that everything was work related given that personal use was banned. If you get told, and then ignore the rules, then you are pretty much responsible for what happens to you in my view. But there is where I totally agree with Perry - this is the social world. If you ban employees from doing stuff they will find a way round it if they are so inclined. This isn't anything to do with social or tech specifically, it is just a fact and applied long before anyone invented social networking. If you block and ban, you don't get the potential benefits. Or employees will just talk their phone to the toilet and do it in there. Yes, it is about trust. Trust your people to do the right thing and most of them will. And if someone does a little Amazon shopping on their lunchbreak on the company network, so blooming what?