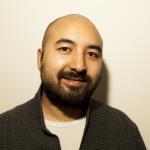 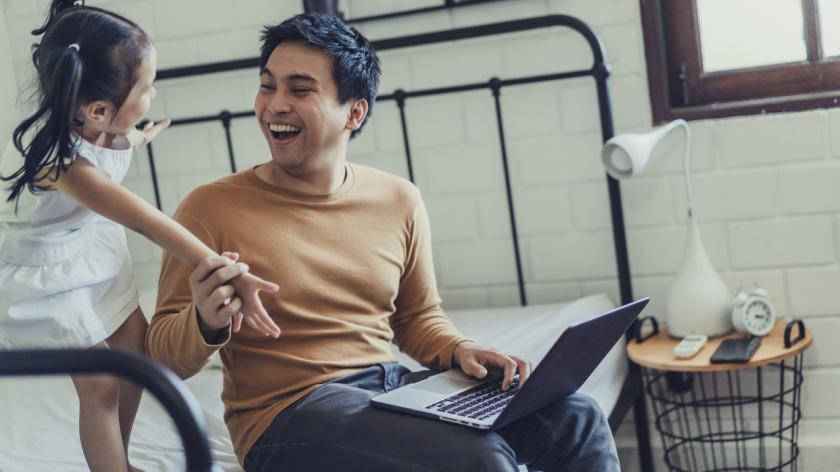 This National Work Life Week will be different to previous ones for obvious reasons. As we look beyond the pandemic at how we want to shape our working culture going forward, we must not forget that empowering dads to achieve parental balance at work is a crucial step towards gender equality.

I’ve been listening to more old classics in recent times, and as things ramp up for a second wave lockdown, I found Simon and Garfunkel in my head:

I’ve come to talk with you again.

The vision that’s being planted in my brain, and definitely still remains, is not the sound of silence but rather the thought of fatherhood at work and the culture that surrounds it. Despite all the changes in recent months, we still have a long way to go.

The summer that was

Lockdown has seen many strides in many ways for dads at work. Our own survey on dads in lockdown at the start of summer showed that more dads were appreciative of the quality time with family that it provided, with 25% actively looking at more flexible working practices post Covid-19, and another 16% pursuing more remote working.

The culture we are working in still views dads as ‘men who work’, and not ‘dads who work’.

From a personal point of view, the past few months have certainly given me pause for reflection at what being present really meant with my son. In fact I’ve found myself doing things I wouldn’t have previously thought of at all. Those who know me know I’m not much of a cyclist for instance, but not only did I cycle more, but even bought a bike trailer to spend some real quality time with my son too.

While the last few months have had moments of triumph in a sea of change and at times home-schooling chaos, how much closer are we really to true equalisation at work for dads and parents/carers as a whole?

There are four areas ahead I believe that will remain key to shaping real change for dads at work.

A number of workplace policies are still written in such a way that strongly infers that dads are a secondary parent. For instance, policies that say working fathers are only allowed to go to two out of the three antenatal appointments is such a common workplace policy. While it may make sense on purely economic grounds, on basic human grounds it leaves a lot to be desired. How can we claim to be enabling dads as equal parents at work if they are not even allowed to attend all three antenatal appointments?

There’s still a lot of what could be termed at best ‘lazy language’, and at worst, micro-aggressions when it comes to our unconscious bias of dads in the workplace. I hear so many stories from dads who are still (in 2020!) being told things like, ‘why can’t you just get the baby’s mum to do that?’ when they explain why they can’t stay for the second night of a work trip, or ‘you’re not leaving early again, are you?’ when they try to leave the office on time so they can pick up their children.

We’ve seen how workplace language has been a key focus in the battle for true diversity and openness at work, and yet it seems that modern day dads haven’t been considered when it comes to this equalisation. Can we really be surprised then when we ask men to speak up more, but they won’t because they know that doing so puts them at higher risk of being called out?

3. Being clear on our red lines

Part of the challenge here is also the dads themselves. It’s true that men’s emotional language at work is very different to women’s. The environments and safe spaces that provoke real transparency and progress often require men to go against some of their natural tendencies to simply stay ‘silently stoic’ at work. Men need to start being more vocal about what success means for them. It might mean communicating a key occasion where you need to leave earlier, or finding the right balance between your work/home arrangements – whatever it might be, communicating it early and professionally is going to become even more of an imperative in the future.

4. The organisational culture itself

This is the biggie, and it requires an honest conversation with our leaders about how dads are thought of in the workplace. The recent furlough situation disproportionately affected mums, and we have to ask ourselves why. The culture we are working in still views dads as ‘men who work’, and not ‘dads who work’. It’s clear there are still cultural biases that are far from the modern inclusive settings our employers wish to portray.

The last few months have seen big changes to the way we work and there is much talk of how we can ‘build back better’ when we finally emerge from this period of uncertainty. One of the things that certainly needs to change is how we treat dads in the workplace. If we’re to achieve true gender equality, employers need to work at changing their culture to allow dads to find a better balance between their home and work lives.

Dad to Max, and Founder of DaddiLife - the UK's leading platform for Millennial Fathers with over 140,000 dads in the community.

Driving the change for new dads at work through our Dads at Work hub - https://www.daddilife.com/dads-at-work/