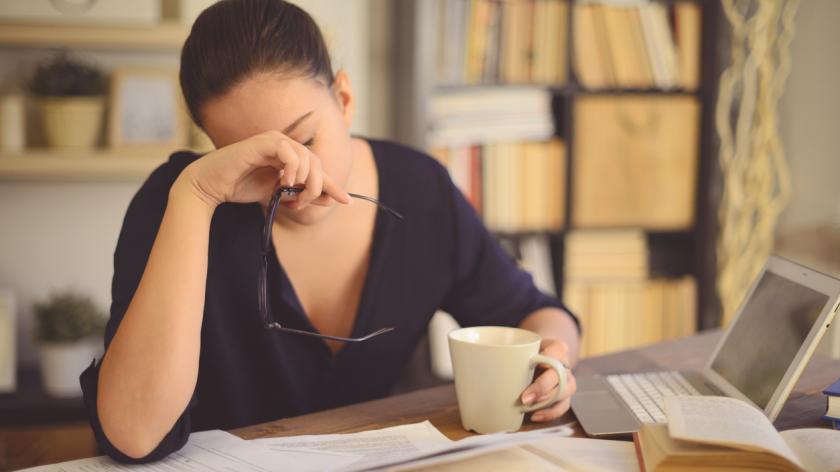 Employee wellbeing: Is presenteesim a symptom of flexible working?

Attempting to reduce presenteeism figures without investigating why employees are working when ill may cause more harm than good.

The CIPD has recently published their annual Health and wellbeing at work report which rouses concern in the rise in presenteeism – the act of working when you’re not feeling well. This is despite seeing a decrease in presenteeism and leaveism since last year, dropping from 86% to 83% and 57% to 51% respectively.

But in a time where flexible working is being advocated as a way to support employee wellbeing and balance work with family commitments, is presenteeism a symptomatic problem or a compromise to facilitate employee autonomy?

In the report, 83% of respondents say they’ve seen employees “work when unwell”, but without any context in terms of choice, preference or reason. Without knowing the driver, we can’t determine if this was to avoid a rigid absence management process, if it was used as a coping mechanism for ill-health or if it was an option available to them as a way to focus on the tasks they were capable of doing without the drudgery of a commute.

Working from home when you’re not mentally well, but still capable to work, can also be a crucial coping mechanism, like this Time To Change story proves.

What is more concerning for me, however, is that absence triggers are seen by the respondents as the most effective method of managing short-term absence (70%) by those who adopt eight or more approaches, and is even more favoured by the whole cohort as one of their top three preferences (74%).

We must ask ourselves if it’s any wonder why people are working while unwell if they’re potentially avoiding an outdated approach that bases absence management on a formula devised in working environments that differ dramatically to the ones we work in today.

This argument is backed-up by the report stating that the most common reason for short-term absence is cold/flu (92% of respondents), a possible motive for organisations to proactively reduce the amount of days lost to sickness absence. And while, as an organisation, you can communicate to the workforce that your goal is to reduce these absence figures, this ultimately results in employees feeling they’re ‘letting the team down’ when going off sick and so, in turn, encourages presenteeism.

Autonomy and allowing people to manage when and where they work improves mental wellbeing and job satisfaction.

Top this with increasing workloads, which continues to be the main factor for workplace stress, and employees have few other options than to work through illnesses whether or not they ought to.

This, to me, contradicts the concern over presenteeism as it seems to be the result we were looking for. ‘Offering flexible working options/improved work-life balance’ was the respondents’ most popular method of taking steps to manage stress, and for good reason.

Autonomy and allowing people to manage when and where they work improves mental wellbeing and job satisfaction. Working outside contractual hours, for example in the evening, doesn’t necessarily mean there’s a concern for always being switched on; I know plenty of people who prefer to work once their kids have gone to bed, for example. Yet the report shows respondents answering the question of “working outside of contractual hours” without much more probing or context.

Figures for absence, presenteeism, mental ill-health, flexible working and stress all dip and rise in synchronicity – they will never individually reach the perfect level simultaneously.

Is the way absence is managed so punitive that employees are reluctant to take time off sick? Are excessive workloads keeping employees in the office for fear of falling behind?

Or are employees choosing to take advantage of a beneficial working option, such as working flexibly, to manage their health or family commitments without it affecting their work?

What does presenteeism mean in your organisation?

Aiming to lower presenteeism figures might do more damage than good. Figures for absence, presenteeism, mental ill-health, flexible working and stress all dip and rise in synchronicity – they will never individually reach the perfect level simultaneously. Controversial for an HR professional to suggest, I know, but I consider this to be a realistic viewpoint.

People will always experience changes to their mental health at various levels and from various sources, therefore we can never strike the perfect balance, especially for large workforces.

Instead, we can focus on what is important to our organisation and what it wants – be that an autonomous culture, a mental health ambassador or to keep absences to a minimum (even if it means using triggers). There will always be a sacrifice whatever your goal.

By understanding what is important, you can anticipate the impact this has on other figures and therefore put in place measures to manage this, or at least have a business case to justify the impact.

More importantly, it steers away from undue panic caused by focusing too much on a figure going up, while overlooking the fact that other, more essential figures have gone down.