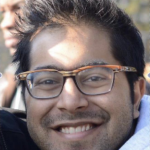 Diversity and inclusion: how to foster interfaith understanding in the workplace

From dress codes to religious holidays, an employee’s religious beliefs can have an impact on their experience at work. In order to allow employees to bring their whole selves to work, organisations need to make more effort to foster a culture of interfaith understanding.

Advances in technology have dramatically increased the global access to knowledge. To deal with all this data, however, technology has enabled a level of content curation that means never having to be challenged, thereby making it easier for people to remain isolated in their own bubble. The workplace is now one of the few areas where we regularly encounter people different from ourselves. As such, workplaces play a critical role in breaking down those barriers and encouraging increased intercultural understanding.

Managers and business leaders play a huge role in ensuring that all employees, no matter their background, feel welcome and that no aspect of their identity will mean that they don’t fit in.

For this reason, building an inclusive organisation is critical to the future success of any business. Not only is it good for society, but it’s good for the organisation too. The world has become increasingly diverse and more accessible to a broader swathe of people. Not only is the candidate pool more diverse, but the consumer base is as well. Not embracing inclusion and embedding it in the way the company works will lead to employees leaving, difficulty hiring, and not accurately representing those the company serves. In short, not being inclusive could impact the future survival of the firm.

Religious diversity is on the rise

In the UK, and indeed around the world, this has become particularly important for the inclusion of different religious groups. In 2001, 72% of UK citizens described themselves as Christian (including Catholic and Protestant). That’s a pretty homogenous group. By 2011, though, that number had dropped to 59%. That change is in mainly due to the increase in the numbers of Muslim, Buddhist, and non-religious citizens. As a result, both the country and the workplace have become even more religiously diverse.

Despite the fact that the country is becoming increasingly religiously diverse, we still see a lack of religious inclusion across the UK. Hate crimes motivated by a victim’s religion have increased dramatically in the last decade.  Religious hate crimes reported to police increased by 544% between 2012 and 2019, with spikes after events like the EU referendum and the 2017 terrorist attacks. Almost half of those crimes last year targeted Muslims (similar to last year), but also notable is that crimes against Jewish people more than doubled in the last year.

It’s often not that we don’t want to be inclusive, but just that we forget in the face of other priorities.

Given these facts, it makes sense that many people of myriad religions don’t feel comfortable bringing their whole selves to work – and this can have dire consequences for employees. Tanenbaum, an organisation that studies religious prejudice in the workplace, found that companies that don’t provide information about their religious discrimination policies are more likely to have staff seeking new jobs than workers at companies that do. Additionally, workers at companies that don’t offer flexible hours for religious observance are more than twice as likely to say they don’t look forward to coming to work.

As such, managers and business leaders play a huge role in ensuring that all employees, no matter their background, feel welcome and that no aspect of their identity will mean that they don’t fit in.

We have worked with companies all over the world and assessed what makes their cultures more or less inclusive. Here are three key actions leaders can build into their day-to-day work to build a more inclusive culture:

This is a culture where all members of a team feel they can be their authentic selves without fear of backlash. This means feeling they can disagree with their boss, make mistakes, and come up with ideas that come from a perspective that is different from the prevailing company culture without feeling like it will be held against them in the future.  Leaders can do this by having a dedicated devil’s advocate in meetings or including ‘rotten tomatoes time’ in meetings where the goal is to poke holes in decisions or ideas that have come up, no matter where that disagreement is coming from.

From a religious inclusion perspective, this also means ensuring that leaders aren’t banning all talk of religion despite the impulse to avoid sensitive subjects at work. If religion is a part of an employee’s life and they aren’t allowed to talk about it, then this deprives everyone from the opportunity to learn from each other since those employees may feel more guarded.

Microaggressions are defined as ‘the constant and continuing everyday reality of slights, insults, invalidations, and indignities visited upon marginalised groups by well-intentioned [people they interact with]’. For example, many companies’ dress codes don’t take religious garb into account, and force people from non-Christian backgrounds to petition their case to break those dress codes. While it might seem like just a formality, it reinforces the notion that those people are different and don’t entirely fit in with what the organisation is used to. Another example might be not considering different religions when having social gatherings or celebrations for work – like, say, at a bar on a Friday after work.

Microaggressions often go unnoticed by those who perpetrate them, and can have negative consequences for work performance, job satisfaction, employee engagement, and mental health. If leaders make a point of ensuring that they are considering these factors when making decisions, it would go a long way to making sure that everyone feels welcome at work.

3. Get creative to accommodate all religious practices and observances

In a truly inclusive workplace, no single religion would be treated as more important than others. In some cases, this can be as easy as making sure that there is a quiet space where people can go to pray, meditate, or even just take medicine. Other cases are a bit more complicated. For example, the standard work week in the US is based around the Judeo-Christian norm, hence weekends being the Jewish and Christian Sabbath, and that’s not likely to change anytime soon.  Allowing people to work flexibly, however, so that they can, for example, leave work early on Friday to make Jummah prayer, or to take Eid as a holiday instead of Christmas, could really help people feel valued for who they are.

These are just a few examples of regular actions that leaders can take day-to-day to ensure their organisation is as inclusive as possible. It’s not always easy, because considering inclusion is not always a natural tendency especially when we’re tired, stressed, or under time pressure. It’s often not that we don’t want to be inclusive, but just that we forget in the face of other priorities. If we can just remind ourselves to slow down and think, ‘what about diversity and inclusion?’ just that thought can help us to remember to do these small, but extremely important and impactful actions that help everyone feel like they belong.

In an increasingly globalised world, our workplaces are and will continue to be diverse. How we work with that diversity is what will distinguish successful organisations from failing ones.

Interested in this topic? Read Diversity and inclusion: why data doesn’t always tell the full story.