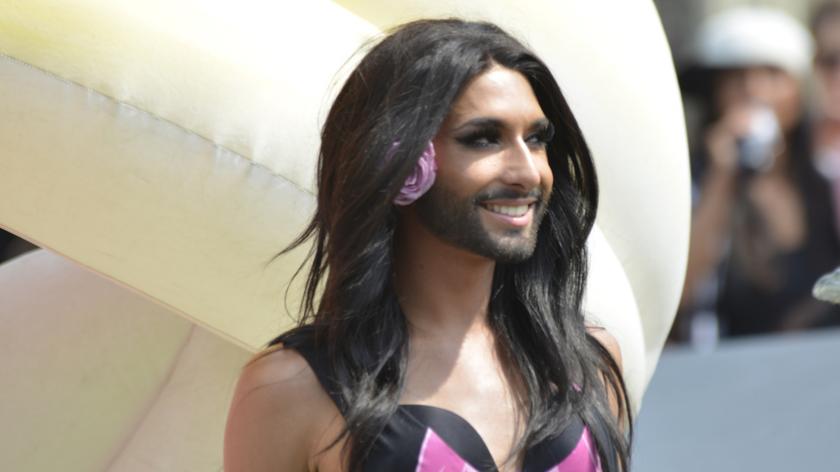 Company culture: what HR managers can learn about values led culture from the Eurovision Song Contest

Much like the Eurovision Song Contest, HR’s role is about bringing people together – but blending all those different personalities together to form a cohesive culture can be challenging. So, what’s the secret to a harmonious organisation and how can you avoid hitting the wrong notes?

Your company culture has a direct influence on the morale of your people and, in turn, the results they will be able to achieve for you. Your culture isn't something that can be designed from the top down, it has to be lived by your people every day. So how can you get everyone on board and make sure they are living the values you want to instil? To find the answer, we could learn a thing or two from Eurovision.

While the UK’s top down approach worked in the last century, it seems that Eurovision – and culture in general – has moved on.

Yes, you read that correctly. The Eurovision Song Contest. That annual event that has a reputation for cheesiness and spectacle actually has a great deal of cultural value across Europe and the rest of the world, even if we in the UK don't take it seriously. It’s all about perspective, you see.

The way that different countries select their Eurovision entrants has a direct impact on their results in the contest. Similarly, the methods your organisation uses to make decisions can either enhance or act to the detriment of your company culture.

Is your organisation Sweden or the UK?

Sweden has a well-established process for selecting Eurovision entrants called Melodifestivalen. It is an open, yet rigorous selection method. Anyone can enter, but the entries are then whittled down by an independent music industry body, followed by a public vote. It's democratic and people feel heard, but it's still methodical and gets results.

In contrast, the UK switches erratically from a top-down approach where the BBC selects someone internally and foists them on the public, or having a lacklustre televised selection process where they present a few ill thought-out choices and then the public gets to select the best of a poor bunch. Neither approach has worked for us. When they internally select, people don't get behind the artist and mock the contest. When they give us a choice – but it's not much of a choice at all – then people get angry. It's a toxic culture that isn't doing us any favours. The same applies to your organisation. If you're paying lip service to an open culture, but actually your people feel disempowered, then ultimately they will disengage and you won't get results.

Statistically speaking, overall the UK is almost as good as Sweden (five wins to Sweden’s six), however when you look at the data it tells a more nuanced story. The UK hasn’t won Eurovision since 1997. Our results have been pretty consistently poor overall since then. Sweden, on the other hand, has the most top five results of any country in the 21st century. So, while the UK’s top down approach worked in the last century, it seems that Eurovision – and culture in general – has moved on. The Swedish approach is more suited to today’s world. The same goes for company culture. A hierarchical structure and top-down management was once the norm, but we live in a different world today. That won’t wash with the current generation of workers. We need to reform our approach. For today’s workforce to feel engaged, we need to be more like Sweden.

It is possible to have an open culture whilst ensuring that decisions are made in a rigorous and methodical way. By establishing processes – but still leaving room for people to discuss things and feel heard – you can get everyone on board.

It turns out the Eurovision selection process isn’t the only place we can find cultural lessons. The winning song lyrics also contain key messages that are relevant to HR professionals! Here are five things to bear in mind when transforming your culture.

Austrian winner Conchita Wurst talked about ‘rising from the ashes’ and of course, they were right. We must allow people to learn from their mistakes and get back up again. To create a culture of innovation, people have to feel safe enough to fail.

To foster a truly diverse and inclusive culture, we all need to have people we can identify with and look up to. Representation matters. Once again we look to Sweden for the answers – Måns Zelmerlöw sang about the need for ‘heroes of our time’. We all need role models, so making sure that people (and especially those from underrepresented groups) have others they can turn to for support is key.

Engagement is about making space for everyone in the organisation. It’s important to shine a light and celebrate people’s achievements to make sure you give everyone a moment in the spotlight. We think even the UK’s Katrina & the Waves could get on board with that message.

Russia’s Dima Bilan sang about the power of belief. Have some faith in your people. Trust them to do the right thing. Loosen the reigns from time to time and offer them greater autonomy. They – and your bottom line – will thank you for it.

5. Amar pelois dois (love for the both of us)

Portuguese winner Salvador Sobral’s song was all about sharing the love, and this is as important in business as it is in relationships. What is good for your people is good for your organisation. Invest in their wellbeing and show them that you care. Motivation and engagement will follow.

As postscript to this article I should add that this year’s UK entry, Sam Ryder, has been chosen as part of a collaboration with TaP Music. The team record for big British stars such as Ellie Goulding and Dua Lipa. Sam is currently 4th favourite to win in the betting odds. We're still not quite at a Swedish style public selection extravaganza, but the leadership style has changed. Bringing this back to company culture, perhaps it's worth noting that, particularly with established institutions and practices that stretch back over decades, it can take a long time to turn the tide. Culture change might be iterative and slow so we might not win this year, but with any luck this shift in approach could yet yield results.