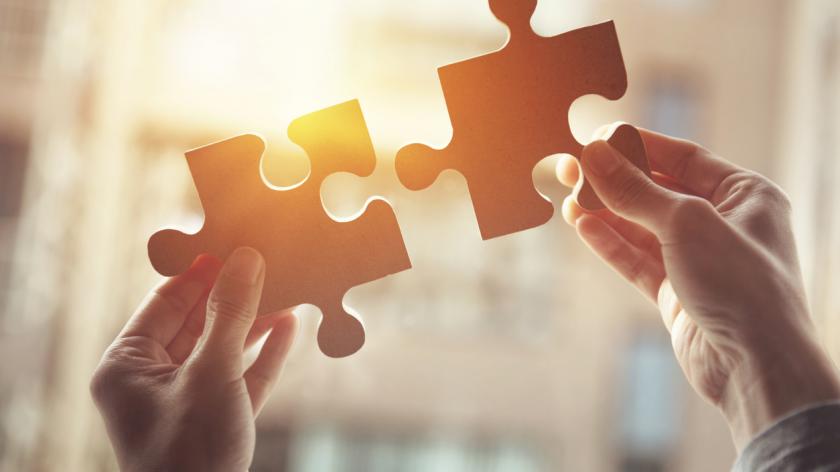 Come on, just get on and do it! Breaking apart a broken organisational structure

I’ve been invited to run a series of team offsites. This is not unusual. It’s my job. What is unusual is the brief.

The most senior member of the organisation (who I am not working with) has decided that the way to achieve targets is to push decision-making up the chain to him and his leadership team. In this way he feels that functions below will get real clarity about what they are meant to be doing and can just get on and do it.

My job, at the offsites, would be to create strong teams at the next level down who can adopt those decisions from above and present them as a strategy to their own people who can then just get on and do it.

I will not be taking the gig.

In researching for my new book about the future of leadership, I’ve been talking to a wide range of innovative thinkers looking at alternatives to the hierarchical, industrial age business model most of us take for granted.

Every model being explored has, at its heart, a breaking up of the traditional triangular structure that requires decision-making to be pushed up the organisation and then pushes decisions back down to people who will just…get on and do it.

The reason alternatives are being explored is that hierarchical decision-making is incredibly inefficient and disempowering.

Companies are obsessed with empowering their people, aren’t they?  And they hire people like me to figure out why their initiatives aren’t working. They’ve sent out missives from the top imploring people to take risks. They’ve circulated their company values which emphasise that people are their number one asset. They’ve held workshops to generate excitement about the future and communicate the route to success.

And still no one has stepped up.

Then they blame employees for being resistant to change and ask me to help. Could I run a series of change workshops for their people so that they understand why they are resistant to change? Something along the lines of ‘It’s just the wild animal within exhibiting its fight or flight response and you can learn to recognise and manage that’.

But it doesn’t really work. People are momentarily excited but it doesn’t last. Why? Because inefficiency and disempowerment are embedded in to the organisation in the way that decisions are made. And unless you are willing to change that, nothing really changes.

Inefficiency and disempowerment are embedded in to the organisation in the way that decisions are made.

If people are not entrusted to make a decision, then they have no outlet for their experience. They’ve been in the job for 15 years, they’ve trained at graduate and post-graduate level, they’ve been hired for their brain and their passion for the subject matter but they’re not allowed to make decisions based on all of that data because it’s too chaotic.

I mean what if everyone was allowed to make their own decisions? We’d have anarchy! Much better to push all that up to one person or a small set of people at the top who can discuss it, decide and then we’re all aligned, on the same page, clear on the way forward and the people below can just get on and do it.

And once they’ve been on the change workshops, and are subsequently told by the people at the top to change, they should have no reason to resist. Right?

It doesn’t work that way. When you treat people like machines they behave like machines. You can input new programming to a machine and it will operate differently. But you can’t do that to people. And why would you want to? People aren’t meant to do what machines are capable of doing. People are so much better than that.

In every new business model that I’m researching, a respect for humanity sits at their heart. People are treated as people. They are encouraged to talk about what is going on for them emotionally inside and outside of work.

The complexity of arguments is understood – there are shades of grey, there are no right answers, there are no permanent fixes, there’s just the best choice at this time.

Tensions between people and the roles they perform are recognised and accounted for. They aren’t ignored. It isn’t assumed that a company can work with everyone in alignment all the time like a set of cogs and gears.

Instead it is understood that tensions arise all the time between the differing priorities of people and their roles. Mechanisms are put in place to explore those tensions, not to blame people for experiencing them.

As an HR professional, you’re probably pretty wise about humans. You know where change is required. It’s not at junior level that people are resistant to change, but at senior leadership team level. Why? Because they are the ones who have the most to lose.

The role of senior leaders in decision-making

In the current hierarchical model senior people play a critical role in decision-making. They either facilitate debate and try to gain consensus from different parties, eventually being hailed as heroes because they managed to negotiate a truce. Or they are charged with making the final call when parties can’t agree and are hailed as heroes for coming to the rescue and putting an end to the bickering.

Or they don’t involve others in their decisions and just announce what is going to happen and are hailed as heroes for taking a strong line.

But future models of leadership dissipate decision-making to the role that holds responsibility for making that decision. In some models, anyone can see a problem and decide to solve it as long as they seek advice from anyone who may have expertise or may be impacted by a decision.

They then make a decision based, not on consensus, but on their own insights from their research and experience. In such organisations everyone must have access to complete information including financial information, competitor information, strategic information and so on so that their decisions are fully informed.

In other organisations decision-making prerogative is assigned to specific roles. You know that, in your role, you are responsible for this set of decisions. Where tensions arise there is a process to explore those tensions. But in the end the decision is yours. You can just get on and do it.

Where tensions arise there is a process to explore those tensions.

In such models “leaders”, as we would know them today, give away their heroic status. Instead they become facilitators, moderators, protectors of the space that has been created and that allows humans to bring their best selves to work. That means letting go of holding tight to “sensitive” company information. It means letting go of power. After all, if decision-making power ultimately resides at the top, is it any surprise people don’t feel empowered?

When a client of mine decides that the best option is to revert to a command and control model where people are treated as machines that can be reprogrammed by the senior management, where senior management are the only ones who can make sense of the complexity they face, I have to ask myself whether that’s a system I want to condone.

This company is still my client but, as one of my very wise mentors once put it, what you permit you promote. I can help them. But I’m afraid I just can’t help them do that.