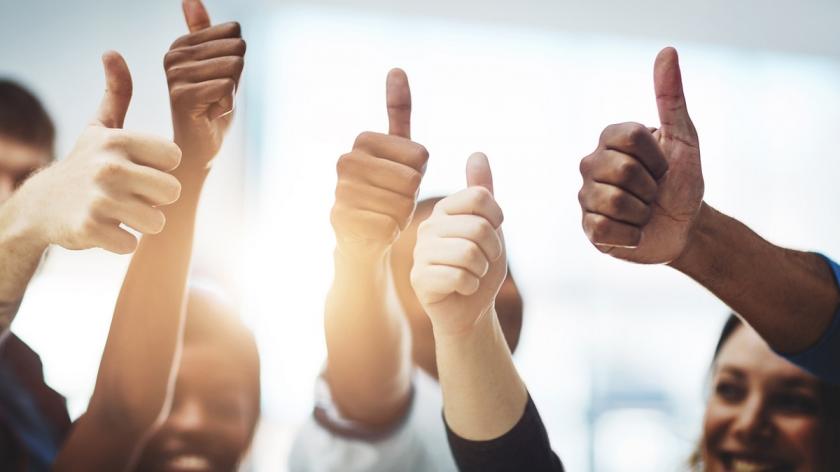 HRZone has a range of books available for review. If you would like to receive one of our business books, free of charge, please contact the editor on editor at hrzone dot com and we can send you a list of what's available. In return, we ask for a 400-700 word review of the book, its content and whether it's appropriate for a senior HR director audience and for business professionals looking to become more effective in their roles.

Let’s be clear: the author is a Successful Guy. Harvard MBA, serial entrepreneur and start-up investor; and, winning author and HBR contributor. I just want you to know this, in case you do not get around to reading the book: Anthony – or, Tony, as he refers to himself – would want you know this.

Now that I’ve got that out of the way, let me reassure you that my tongue-in-cheek, ironic opening to this review should not put you off browsing this thought-provoking paperback. It is readable, has a flow, combines assertion with example and provides regular reinforcement from eminent supporting sources. Tjan asserts on the book’s cover that the only leadership decision that really matters is good people; something which is hard to disagree with.

It charts the lessons learned by Tjan during his 22-odd years in business, with almost 100 interviews conducted to dig deeper into what ‘good people’ constitutes and how goodness can be defined, identified and developed.

According to the author, goodness is about people’s humanity, their values, the qualities inherent in their character and other intangible traits. In arriving at this definition, Tjan holds great store by the power of personal networks and the existence within them of effective mentors. Mentoring is a topic that runs like a golden thread through the book, and I think this provides a significant clue about the whole essence of ‘being good’.

In an early signpost, Tjan talks about one of his most influential mentors who defined success as our ‘capacity to make other people become more successful in life and leave the world a better place’ (p.9). This is quickly backed up with Tjan’s Good People Mantra – put people first, seek always to improve oneself, be led by your values, base yourself in realism and practise goodness whenever you can.

The author’s general definition of good people is “those committed to continuously cultivating the values that help them and others become the fullest possible versions of who they are.” He supports this with a Goodness Pyramid that clearly draws on the work of Abraham Maslow: at the base is Truth, followed by Compassion and Wholeness. Each element of the pyramid contains something about mindset, practice and action. Which is all well and good.

However, whose version of the Truth will sit at the base of the pyramid? Tjan asserts that truth comprises the values of humility, self-awareness and integrity; and this is fine, except that truth might well be a somewhat culturally-nuanced construct with a range of possible interpretations based on one’s upbringing and beliefs, as well as other personal influences.

The first part of the book sets up the pyramid and defines each of the levels and their core values, with some useful discussion about values, humility (and the dangers inherent with its opposites - envy, arrogance and self-righteousness), positional authority and the practices for self-awareness.

The second part deals with five tensions: these act as a way of testing the Goodness Pyramid and demonstrating how it works. This is useful because it helps to locate some potentially abstract ideas into the world of work. It also introduces us to Tjan’s decision-making framework, RISE (recognise, internalise, share and execute).

Part three deals with what is possible if we choose goodness as a guiding principle. It identifies the type of changes that we can promote in ourselves and others by following a path of the goodness pyramid.

Chapter 11 – the first in the 3rd part of the book - is revelatory!

It deals with mentoring in some detail, and I was left - after having read it – thinking that this chapter would make an excellent, standalone guide to mentoring. Instead, it is almost hidden away in the reaches of the book.

Furthermore, chapter 12 contains some material that would have been much more useful earlier in the book when discussing the whole goodness concept: it has 12 ‘killer-questions’ that enable us to assess the extent of someone’s goodness.

In my opinion, the early part of the book spends rather too much time talking about the author and his successes; to the point where I found it a little sanctimonious. Moreover, it verges on the religious (read, for example, the piece about Franklin’s treatise on page 60). It could, I believe, as a whole have been 15-20% shorter in length, without diminishing its potency.

In fact, the later pages caused me to reflect deeply on some of my experiences and to muse on the values and drivers that shaped some of my career: I am still challenged by thoughts on these matters. For this reason alone, perhaps, this is a book that is worth reading!