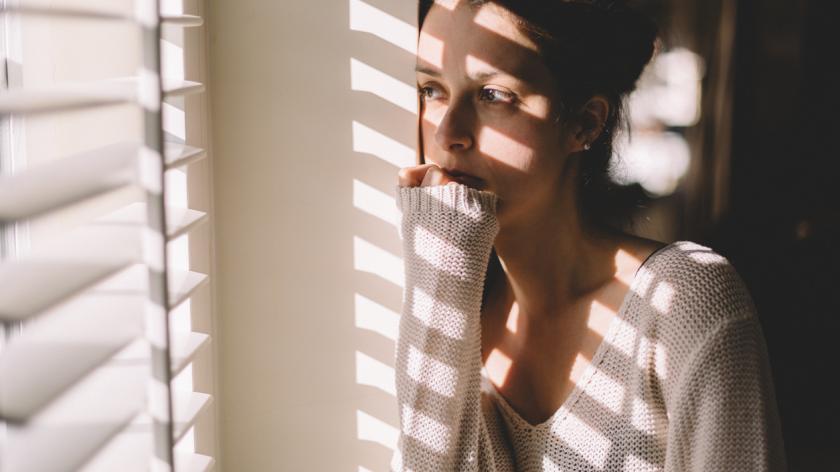 This article was written by journalist Samantha Jenkins as part of her 'Pure OCD - Beyond the thoughts' project, and was first published here.

Pure OCD tends to latch itself onto a person's deepest, darkest inner fear. We all have fears that we think about sometimes, but mostly we are able to get on with our day without letting them bother us.

Likewise with obsessions, the more you think about something (particularly something you don’t want to do), the harder it is to avoid that thought.

Below are five common themes of Pure OCD that you may not be aware of.

They will constantly check and reassure themselves that their relationship is okay. They may reach the stage of deciding to end a relationship, but in doing so they are also filled with extreme anxiety because they know deep down this isn’t what they want.

ROCD can also include focusing on their partner's flaws, and using these as an excuse for why their relationship is a failure. Aside from the constant battling of mental thoughts, they may also seek to do compulsive behaviours such as checking phones and internet history on a very frequent basis.

This is a very common theme of Pure OCD, and it is where sufferers experience intrusive thoughts relating to one’s sexuality. Ultimately it stems from a fear of being attracted to a person of the same sex, although it is important to add these people don’t tend to be homophobic.

The person will experience a strong sense of confusion, as they start to question whether something as innocent as thinking “I wish I looked like her, she’s really pretty”, can be the root of a much larger problem where a person will ruminate about whether this makes them gay.

The thoughts can become so overwhelming that a person may feel that they are on the verge of losing control and actually committing the act.

It can get progressively worse, and a person (who knows deep down they are straight) will battle with thoughts telling them otherwise, such as “Am I just in denial?” and “I must be gay”.

This is often followed by mental ruminations or seeking reassurance that one is not gay. They may also avoid situations where they will be near a gay person, or even people of the same sex altogether.

HOCD sufferers become confused about whether they want to carry out homosexual activities, and may play out situations in their mind about perhaps kissing a person of the opposite sex to test whether they enjoy it.

This theme of OCD is where a person experiences intrusive and distressing thoughts of causing harm to another person, such as driving their car into oncoming traffic or hurting a member of their family.

The person doesn’t actually want to carry out the act, and the thoughts go against their values and beliefs. Common intrusive thoughts for Harm OCD sufferers include doubts that they will suddenly lash out at their loved one / ex / child / parent / a stranger / a friend / disabled person or even a baby.

The thoughts can become so overwhelming that a person may feel that they are on the verge of losing control and actually committing the act. They obsess over and over about whether they want to commit the act, question their thoughts for thinking it in the first place and may even come to the conclusion that they must be a sociopath simply because they keep having the thought.

This then leads to compulsions, common ones for this theme are avoiding the people who trigger the thoughts such as their child; avoiding objects (such as knives) that too may trigger unwanted thoughts and ‘urges’, seeking reassurance from people about whether you are a sociopath and performing mental rituals such as counteracting an intrusive thought with a more neutralising, positive thought.

In some cases, a person may fear that they have already harmed someone, for example by running them over or killing them, and will constantly check that they haven’t killed that person.

4. Obsessive thoughts about being a paedophile, nicknamed POCD or ‘paedophile OCD’

This is where a person obsesses over whether they are or will become a paedophile. This is a particularly common theme at the moment with the likes of Jimmy Savile and Ian Watkins dominating the news agenda for being prolific child sex offenders.

It could be as simple as someone who once liked the Lost Prophets thinking “I liked them, Ian Watkins is a paedophile, I must be a paedophile!”.

A Pure OCD sufferer may question whether their thoughts are actually voices in their head or even whether their symptoms are a precursor to schizophrenia.

Again, POCD takes the form of unwanted thoughts such as questioning if they’re a paedophile or questioning whether they are attracted to adults or children, and a person may avoid situations whereby a child will be near them in fear that they might harm that child.

It’s important to mention that a person obsessing over these thoughts doesn’t want to carry out the actions of their thoughts, they are merely scared that they will. This is why they carry out compulsions to make sure they won’t, but compulsions just aggravate a person's anxiety and makes it worse.

Pure OCD symptoms can appear similar to those of schizophrenia, whereby a person often experiences delusional thoughts and/or psychosis.

A Pure OCD sufferer may question whether their thoughts are actually voices in their head or even whether their symptoms are a precursor to schizophrenia. They may feel like they are losing their grip on reality so constantly reassure themselves they are not. They may find themselves spending hours reading symptoms of mental illnesses trying to distinguish what they are experiencing, reading posts on forums from sufferers and even often doing online tests to see whether they are experiencing symptoms of schizophrenia or anxiety etc.

They may also check to see whether they are experiencing hallucinations, even though Pure OCD sufferers don’t hallucinate. Another big part of this type of OCD is that sufferers may also experience ‘fake delusions’ having read other people’s accounts and experiences, which trigger a similar thought pattern in an OCD sufferer.

However, people who experience delusional thoughts do not realise they are delusional – they believe a thought to be fact and they do not question whether a thought is true. Compare that to an OCD sufferer – they know the thought isn’t real, but think that because they’ve had the thought they must believe it.

This is not a conclusive list of Pure OCD thoughts, but it does cover some of the most common themes.

As you can see, they all take a similar stance in the way they are played out in a person's mind, and the compulsions (which are very much present, despite the name Pure O) are very similar among sufferers. It also isn’t uncommon for a person to experience a number of obsessive thoughts at any one time,  particularly if left untreated.