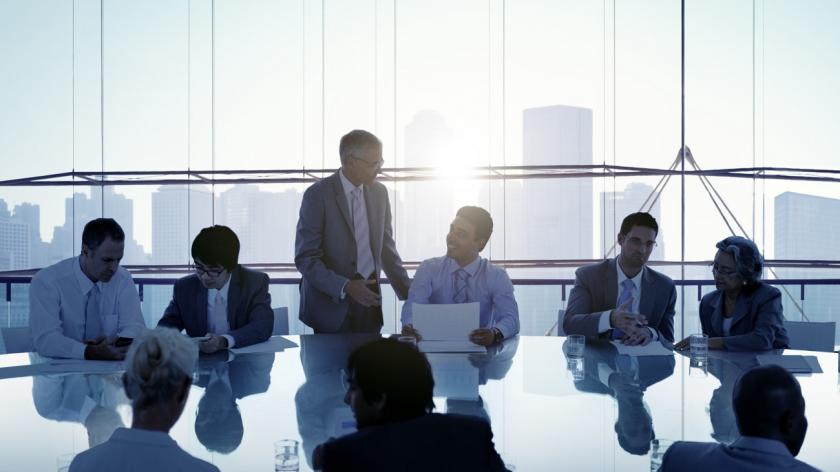 Why do we still debate the composition of boards?

The debate around the composition of Europe’s boards continues.  The new wisdom says we need more women, younger executives, and more people with less traditional backgrounds on the boards of some of our biggest businesses.

But why? And why now?

According to the PwC CEO survey released in January, the competitive landscape is hugely turbulent, with challenges from perceived over-regulation, new competitors and disruptive changes in customer behaviour, highlighting as never before the need to be customer-centric. Most customers are very unlike the board members who serve them.

The risks of not conquering these challenges are significant - since 2000, 52% of the companies in the Fortune 500 have gone bankrupt, been acquired, or ceased to exist (Constellation Research, 2014).

So three things seem to be driving changed in board composition: public recognition that boards should reflect the customers they serve; some evidence that great diversity in the workplace improves corporate performance; and finally, politicians getting in on the act.

Norwegian law requiring all listed companies to have at least 40% women on their boards has been in place since 2006, and similar legislation followed from a host of other EU countries, including Spain, France, and most recently, Germany.

The last UK Government appointed Labour peer Lord Davies, a former banker and UK government minister, to report on gender diversity in the boardroom, possibly to make voluntary what an EU draft directive on women on boards would mandate.

So change is coming to board composition, whether it is embraced in the search for new markets, a closer understanding of the customers they serve, and enhanced performance, or whether it is thrust on them through legislation and public pressure. A recent news story indicated one of the biggest fund managers in the market, BlackRock Inc. may oppose the re-election of directors where it considers the board insufficiently diverse.

But change of this sort brings its own issues.

Boards may already not be working to their full capacity, particularly as everything to do with boards – recruitment, induction and even a clear definition of the roles and responsibilities of board members – has been done by a kind of traditional osmosis.

Drs Sabine Dembkowski and Stefan Wegener at Better Boards are focused on improving board performance and feel that if handled poorly, adding diversity could be another stumbling block to adding value.

“The addition of a very different perspective should have a positive effect on the board,” Dembkowski believes. “Unfortunately, the ability of the board to leverage the strength of its existing members is often not well developed, primarily because they don’t know what those strengths are, other than in general terms.

“Add a – literally – unknown quantity to that in terms of a new board member and the situation is worse.  This could be a wonderful opportunity to stop and make sure board members know the strengths of the people they work with, as well as get to know the talents of the new member.”

Through research and in-depth interviews with board members, Dembkowski and Wenger have identified seven crucial levers that make the difference to board performance. In addition to the board understanding the strengths of the individual members, is the need to ensure the board has all the strengths it requires, and personalities to match.

“The traditional recruitment process is to choose a board member by track record,” Dembkowski explains. “There’s not always a lot of thought about whether they can work with the existing team - and here, boards can begin to compromise their value to the organisation. The assumption is that experienced, alpha personalities who’ve done well on one board will just slip into place in another.  Certainly for a more diverse board – particularly for younger non-executives with different backgrounds and experience – that might not be the case, particularly as a 2013 survey by the IoD indicates that nine out of ten directors are given no preparation for their role.”

Someone with less experience may also be unclear about roles and responsibilities, she says.  This lack of clarity about who does what can cause conflict which at best leaks energy and at worst destroys resources for the organisation.  Sorting these things out, she adds, also gives you the opportunity to check that the vision for the organisation is shared between all board members, another of the levers essential to an effective board.

“It sounds so obvious, boards often don’t check that the vision is common to all members,” Dembkowski observes drily.

The role of the board is to challenge proposals constructively, rather than run the organisation, but those challenges may lead to some conflict between management and the board.  Says Dembkowski, “It’s essential that the board knows how to resolve these conflicts, learn from them and move on. Unresolved issues drag on, and infect other issues, just creating more friction.”

And then there’s the work itself.

“Many board members have told us in on-board coaching sessions that they are having to settle into a system that works fine for those used to it, but which is bewildering to those just joining,” Dembkowski comments.  “There can be a lack of structure and discipline in board meetings and their preparation. One way of increasing the value from the board is to ensure the basics are right – and that boards work at the right, advisory level, not in the detail.”

Finally, Dembkowski and Wegener believe that – as do many organisations – boards do not reflect enough on the work they do together. “Reflection is a critical component in any best practice process, but very few boards plan time out on any regular basis. If they do not reflect and discuss, how can they learn?”

Ironically, companies listed on the NYSE and the LSE are obliged to regularly prove the governance and competence of their boards, but currently there is no standard for this.

“Audits are seen by many companies as good practice, but in our view they don’t go far enough and become a bit of a tick-box exercise, primarily because the audits are not specific to the management board context,” commented Dembkowski. “Here, we’re looking at the variables we know make a difference – and can ensure that boards taking on new members create the right environment for them to add value, and for the board as a whole to do so.”