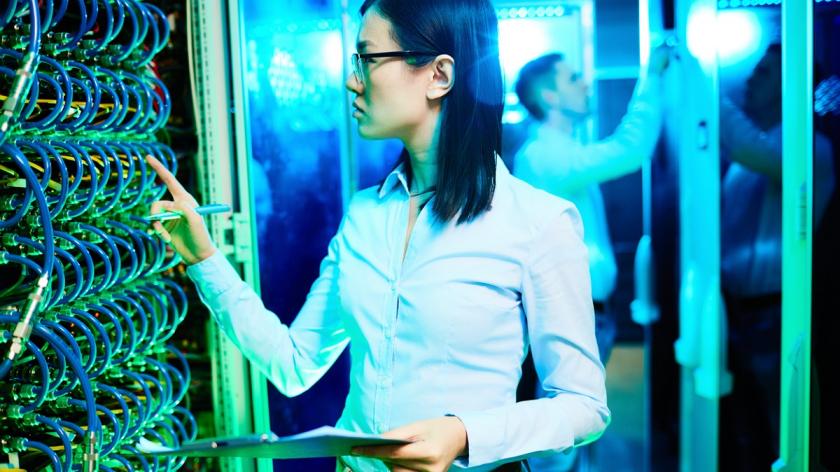 Despite hiring people from all over the globe, Norway is where the company I work for, Auka, is based and was founded. Norway is one of the most progressive countries in the world in terms of gender equality. In a recent World Economic Forum report about the global gender gap, Norway was ranked a close third, behind two other Scandinavian countries, Iceland and Finland, with a score of 0.84. For reference, 0 is inequality and 1 is complete equality.

In the academic year 2015/16, 63% of the graduates in Norway were women. There are many extolling how great it is to be a woman in tech in Norway. For example this article profiles women who relocated from Silicon Valley for more equal footing in Scandinavia.

There’s no denying that Norway has got the right attitude when it comes to taking steps to eliminate gender discrimination and many think we have it relatively sorted.

However, as this Economist article from a couple of years ago talks about, there is still a divide when you scratch the surface.

The article says that whilst Nordic countries are doing more than anywhere else to provide women with equal opportunities in the workforce - such as generous maternity leave packages and board quotas - only 6% of Norwegian listed firms in 2013 had a female chief executive.

Keep in mind, this is across the board - not just for tech companies.

When it comes to tech companies exclusively, it’s even worse. This recent article explored the fact that although a third of entrepreneurial companies in Norway were started by women, the proportion of female founded Norwegian technology companies was below one percent - 0.99%, to be precise.

The research quoted from Investinor considered 1,620 businesses. Of these businesses, only 16 had a female manager, chairperson or founder.

Since 2004, there has been a 10% increase in the number of women in tech positions in the country - now 26% - but the number of female leaders in tech is still a fairly dismal 17%

Does it even matter?

So, does it really matter when the board meetings for these companies are equally represented, if those actually running the show on the ground are predominantly still male?

This is a rhetorical question for many of us, but it turns out that if you care about making money, it really does matter.

We now know that the more women in leadership positions, the more companies bolster profitability, thanks to a huge study of more than 20,000 companies in 91 countries.

Why is it that, for all the implemented measures aimed at encouraging gender equality and knowing what we know about the female leader/revenue link, when you walk into any tech company in Norway (or in fact, much of Europe/the world!) you’re invariably greeted with a sea of male faces?

If girls start their education loving STEM subjects, why does it change?

A recent study from Microsoft found that girls don’t start off hating STEM subjects but around the age of 15, their interest starts to fade.

This is something that Maria Akkuratnova, a product manager at Auka and the co-founder of Mattekrets AS, a technology academy for children which focuses on building future skills, has observed first hand.

Maria says: “...going into schools, we see that the interest for STEM in elementary school kids does not differ much between the sexes - as many girls as boys want to learn about technology and are unsurprisingly equally good at it, too! The fact that girls’ interest and aptitude for STEM fades away with age was historically attributed to lower self-confidence and mathematical anxiety.

"Personally, I believe that it’s moreso affected by the fact that they are lacking female role models who teach technical subjects and encourage them to pursue a STEM career.

“When it comes to academic results across most of the world girls perform equally, if not outperform, boys in STEM-related subjects at the age of 15. We see the west dominating the conversation about feminism and yet these conversations and forward steps don’t appear to be translating to gender-equality in the Western tech workforce.

“Countries such as Russia - who sit way down the gender equality index ranking at 75 - are dominating when it comes to how many women hold tech positions. We see this too with many Asian and Eastern European countries, suggesting that in some countries with lower gender-equality, there is actually less of a gender-gap in STEM professions.

“In Russia, this might well be due to the historical heritage from the Soviet, where equality in science and mathematics was heavily promoted in the race to being the most advanced nation from a technology standpoint. Nevertheless, a culture where female engineers and computer scientists were common was created, which in turn has created positive role-models and encouraged younger generations of girls.”

The role of HR

Having worked in tech human resources for a number of years, I have seen a pattern emerging, whereby there are certainly more female candidates for tech positions initially (which correlates with the graduation statistics previous cited) but that after a few years, this is reversed. More men move into more senior positions while women either plateau at a certain level or they leave the company.

What can we do to encourage these talented and very competent women to stay in tech and contribute to the constant development of the field? I truly believe it comes down to culture.

We need to adjust the workplace environment to be an appealing place for women to be. It’s no longer ok to think or say, ‘if you want to come here and work in tech, it’s you as a woman who needs to adjust’. This is where leaders and HR share a responsibility to create a dynamic and safe workplace for both sexes - making it an inclusive and open space for men and women to work together.

Workplaces dominated by only women or only men will almost always create - whether intentionally or not - a biased culture.

It might be more efficient for tech startups, in particular, to employ like-minded people such as a group of male programmers in the beginning - but it’s not sustainable for long term innovation or company growth.

A very similar group of people - be it those of the same gender, background, beliefs and work process - will after a while be their own limitation when it comes to development and innovation.

To challenge this, you need to recruit with the goal of diversification. Choose people who can contribute different and sometimes opposite perspectives and ideas.

This is especially important for startups who want to expand.

It is all well and good to encourage everyone to study STEM. However, job success relies on more than education alone.

Most employers do not address Job Talent.