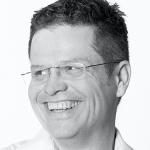 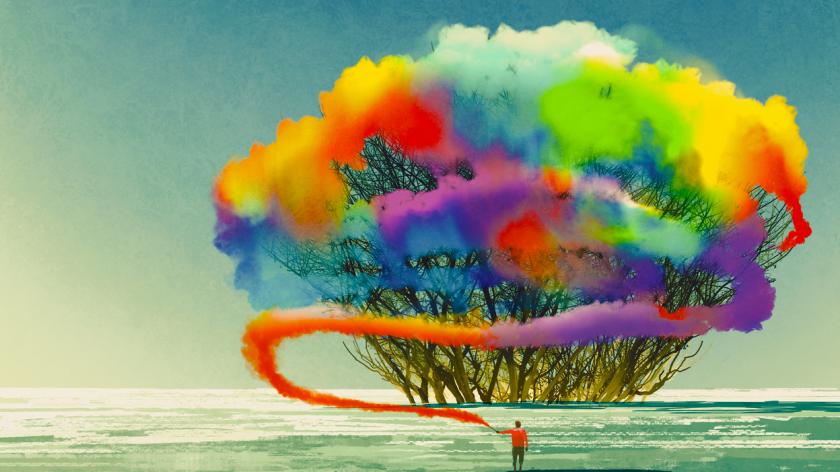 What many organisations get wrong about change

Too often efforts to ‘lead’, ‘manage’ and ‘deliver’ change focus on labels, functions and centres of excellence rather than what actually makes a difference. How can we address this damaging misstep?

There is a lot written and talked about when it comes to change in organisations: how to make it work, why 70% of change initiatives fail (an urban myth by the way) and whether change is best led or managed (which is too binary a question).

Adding to this is the hordes of experts, gurus, academics and institutions keen to tell you exactly why change fails and how they can help you be more successful, and the pedlars of tools and methodologies loitering like drug dealers in the foyers of corporations and fringes of conferences, offering you a quick hit of ADKAR or Agile to take the pain away…

Let’s park for the moment the fact that if there was a silver bullet to effective change, we would have discovered it by now. The uncomfortable reality is that change is arguably the most challenging and anxiety inducing feature of organisational life.

Why are there so many change failures?

1. The ‘Everything Goes According to Plan’ (EGAP) assumption

This is the assumption that change is something far more predictable than it is. Rational planning approaches fail to consider unpredictability and uncertainty.

Our tendency towards positivity and optimism leads voices who may be offering more grounded and realistic suggestions to be drowned out by those offering illusory certainty.

There is often a ‘timeline problem’ where things simply take a lot longer than anticipated – a lot longer. “The shorter the timeline, the smaller the variance” and “the longer a great project goes on, the more expensive it becomes and the longer it takes,” says Syed.

Lessons from the field

I spend a lot of time working with leaders wrestling with the tensions inherent in change work, and internal consultants tasked with delivering change that the former initiate. Reflecting on Syed, it seems to me that three things are being overlooked.

The first misstep – a position, team or function with ‘change’ in the title is not enough

I’ve worked as both an internal and external consultant in large organisations, and the bigger they are, the more likely they are to treat change as a ‘function, role or methodology problem’.

Change is construed as something that requires a function, with people in particular roles associated with or labelled ‘change’, and possibly coupled with a methodology or three.

One of my clients spent tens of thousands of pounds developing over a hundred people to be change agents, and then decided to restructure. This meant the people best equipped for change work found themselves being invited to move roles or leave because the function no longer matched the vision the organisation had for change work, despite their value being greater than ever.

In other organisations I know of, fortunes were spent on methodologies such as ADKAR, and several leadership teams have bought it in the belief that having people trained in the approach is in and of itself enough.

It is worth asking why organisations, and in particular leaders, are preoccupied with ‘centres of excellence’, ‘transformation offices’ and similar paraphernalia.

The answer is simple: anxiety.

Change, particularly any that entails culture work, often comes with uncertainty, complexity, mess, mush and emotion. That can be anxiety inducing, and it takes self-aware leadership teams to realise that attempting to exert control ‘over’ change by codifying and corralling ‘it’, to drive/lead/manage/land ‘it’, merely thingy-fies change but does little to address the real need.

Nonetheless, it is surprising how often anxiety becomes undiscussable, and maybe that is unsurprising when you consider the unholy trinity of shame, ego and narcissism that is sometimes at play in senior teams.

The need is not for specialists in fixed locations, it is for people with a change practice that can be applied in different contexts, and who are also, ideally, able to help others develop.

This means having the skills and capabilities to facilitate, influence, lead, nudge, wrangle, wrestle and do the dance of change. It means developing a consulting mindset, understanding (enough of) organisation development and design (OD&D) and change theory more generally to translate what looks so neat on paper into actual behavioural and organisational change.

They also need to have courage and the ability to speak truth to power, and to do so even when there is not permission, or if there is, to sometimes go beyond that.

Changing organisations requires people who are willing to embody the difference that is being asked for, and who can help others along at the same time. That puts them firmly in the spotlight, and it is surprising how often change practitioners say that they have taken flak for showing up in ways that they thought the organisation wanted more of.

We need a shift in how organisations think about the relationship between change capability, practice and leadership.

In supervision groups and development programmes for internal consultants, I often talk with clients about the need they feel to develop the muscles for ‘speaking the truth’. This is not just about how hard we sometimes find it to challenge authority figures, it also talks to a surprisingly obvious gap that seems to be out of our collective awareness: the relationship between those initiating change and those tasked with making it happen.

The lack of dialogue and collaboration – true collaboration that involves working through differences not the ersatz kind that prizes harmony over all else – between these groups is telling. You would think it is entirely obvious they should be upping the quality and frequency of interaction rather than reducing it.

My sense is that we need a shift in how organisations think about the relationship between change capability, practice and leadership. Crucially, that means challenging the assumptions that lead to change capabilities being seen as structural needs rather than cultural ones. We need more plasticity and less rigidity in both thought and practice.

Interested in this topic? Read The questions to ask to spark change in 2022

Steve supports and challenges clients to find their edge and stretch when what they need is more than simply 'better sameness', and has been described as “the right kind of fly in the ointment”.

Much of his work is with leadership teams wrestling with change, and helping internal and external consultants change develop their consulting...

Pet Lover. Will also appreciate anyone stopping by my blog.
I’m making my cane corso puppies for sale a cup of tea.