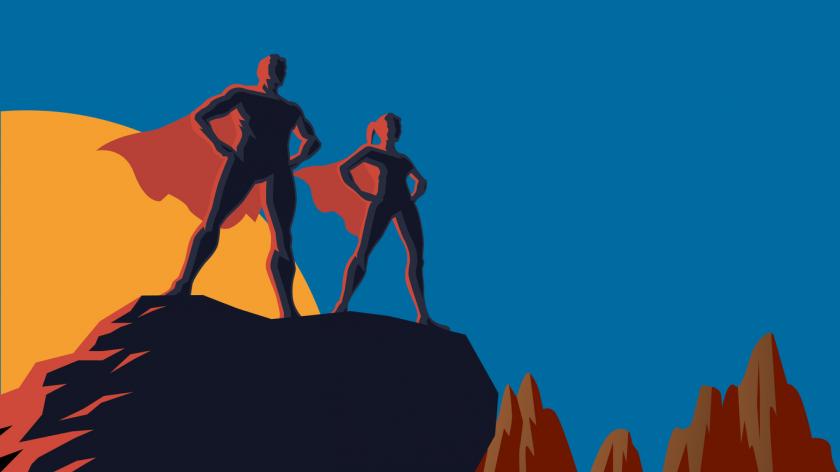 What lessons can we learn about racism from the Falcon and the Winter Soldier TV show?

Marvel’s latest show, the Falcon and The Winter Soldier, sends a strong message that the colour of a person’s skin should not limit their opportunities to shine in a leadership role. Given the lack of black representation in the top echelons of businesses today, employers could certainly learn a lesson or two from this mini-series.

The Falcon and The Winter Soldier, part of the Marvel Cinematic Universe, has completed its six episode limited run on Disney plus. It is an extension of the vast storytelling machine that has continued to shape the film and now TV industry for over a decade.

If you have not seen the show then be forewarned there are spoilers ahead.

The Falcon’s alter ego, Sam Wilson, was first introduced into the Marvel Cinematic Universe in ‘Captain America: The Winter Soldier’ with Steve Rogers running past Sam Wilson shouting ‘on your left’ whilst both are out jogging. Later in the same film Sam Wilson adopts the identity of Falcon, a black superhero played by Anthony Mackie and literally becomes Captain America’s wing man. Black characters taking supporting roles is very much the norm in the film industry as it is for black employees in the workplace, who never quite achieve the same level of recognition, seniority and success as their white counterparts.

The rise of the black lead character

The title of the show is the first tell-tale sign of something different. It could easily have been the Winter Soldier and the Falcon but it is notable in that the show gives first billing to the character of the Falcon, not as a sidekick or a supplementary figure but as one of the co-leads if not the lead title character as so much of the show revolves around him.

This is not the first time Marvel has placed a black actor as the lead, having had great success with the late and talented Chadwick Boseman playing the Black Panther. Similarly, Netflix had Luke Cage, another Marvel black character, who was bullet proof with steel hard skin fighting crime on the streets of Harlem, New York. It is clear that Marvel are continuing to promote greater diversity in their lineup of characters with more on the way.

In ‘Avengers: End Game’, Sam Wilson has a pivotal defining role at the lowest point of the film when all is lost and Captain America stands alone against Thanos and his army. Over his comms piece, Captain America hears Sam Wilson’s voice say ‘on your left’, as portals begin to open across the landscape and the heroes return from the ‘snap’. This was the first real indication of greatness and a call back to how we originally met Sam Wilson.

The ‘Falcon and the Winter Soldier’ show picks up from ‘Avengers: End Game’ with the Falcon’s alter ego, Sam Wilson struggling with the mantle and responsibility that has been passed onto him. At the conclusion of Avengers: End Game, Steve Rogers, Captain America passes the shield to Sam Wilson, to carry on his legacy. What that legacy is, exactly, is the bigger question.

Not being defined by the colour of your skin

Very early on Sam is referred to by a young black child as ‘Black’ Falcon and he has to point out that he is just the ‘Falcon’. The point the show is making is very clear that despite everything he has done, fighting Thanos, helping to save the universe, it is still the colour of his skin that is noted.

Seeing a person’s difference is part of who they are but it should not be how we define them nor place limitations on what they are capable of doing, as so often is the case in workplaces due to our bias and prejudices driven by ignorance and fear.

The telling of an ugly history of racism

The timing of this particular narrative is relevant for our wider society that has struggled under its’ historic legacy of racism that has come to the forefront with the Black Lives Matter movement following the murder of George Floyd. This ugly history is revisited with the story of Isaiah Bradley, an American black super soldier, who was experimented on, arrested, erased from history and the record books with his service to his country being forgotten.

It is a call back to how the military injected its black soldiers treating them as human guinea pigs in chemical experiments during World War II. Being able to treat someone as less than human begins with having a superiority complex and regarding others as inferior thereby being able to justify both the means and the ends.

Additionally, whitewashing or erasing the contributions from those that are not white is exactly how systemic racism works, recognising and presenting only white males as having made all the breakthroughs and successes; being role models for future generations.

Saying farewell to the wingman role

Back to the question of what exactly is the legacy of Captain America? In his very first appearance March 1941, Captain America appeared on the cover of his self-titled comic, punching Hitler, square on the chin, a scene recreated in ‘Captain America: The First Avenger’. He was created as a propaganda message even before the US had joined the war effort against the Nazis and their warped ideology of hate and Aryan supremacy. Steve Rogers as a white, blonde, blue eyed man symbolised allyship and being an anti racist.

This is the legacy that Sam Wilson embodies as the new Captain America, showing that you do not need to be blond, blue eyed and white to make a difference. Any person and every person matters, not because of the colour of their skin but because their actions in service of others.

Sam Wilson’s journey is completed by the finale of the Falcon and the Winter Soldier and is all the more powerful in that he embraces the shield and the legacy and the mantle of Captain America. Now, no longer the wingman or sidekick and certainly not on the left of anybody. Instead, he is front and centre as the new Captain America with his own solo film being announced in the works.

The world of work has a lot to learn from Marvel’s inclusive approach. Those with ethnic heritages should not settle to be supporting characters in the workplace but can be equals and should be selected, promoted and their performance judged only on what they bring to the role. Additionally, seeing competent diverse individuals being valued in leadership roles helps break the cycle of sameness and gives permission to others to rise, allowing us all to fly high.

Interested in this topic? Read 'How can we improve representation of black leaders in FTSE 100 companies?'