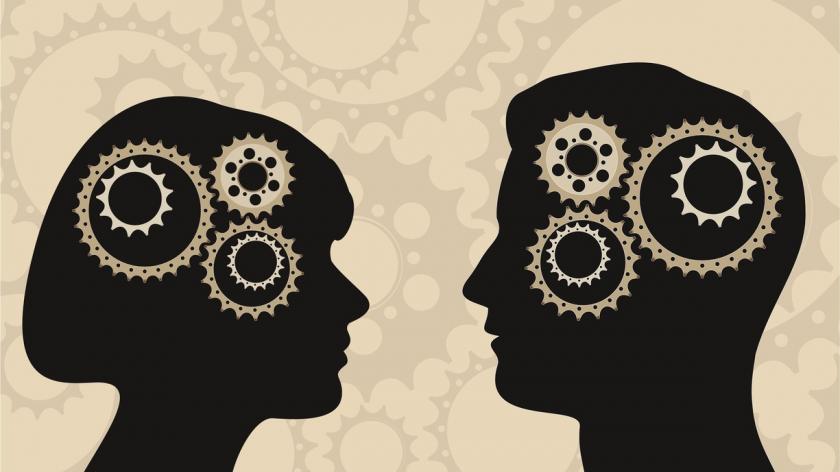 Youst/iStock
Part of the
Mental wellbeing in the workplace hub
Brought to you by HRZone.com

On International Women's Day it seemed fitting to share some new science on the male and female brain. There is a common belief that men and women have different brains but a recent meta-analysis is calling this belief into question. A meta-analysis is a statistical approach for combining the results of multiple studies, in this case dozens of brain MRI studies.

This study and many like it are finding there is no categorically ‘male brain’ or ‘female brain,’ and that there is much more overlap than difference between genders for nearly all brain measures.

The latest evidence to address this controversy comes from a study at Rosalind Franklin University of Medicine and Science led by Lisa Eliot, which looked at the human amygdala volumes and found no significant difference between the sexes.

However little you know about the brain you have probably heard of the amygdala, the almond sized area (we have two of them) involved in all types of emotion and in social behaviours such as aggression and sexual arousal.

Animal studies and early MRI reports indicated that the amygdala is disproportionately larger in males’ brains.

It was suggested that the size difference accounted for differences in how emotional women were compared to men as well as susceptibility to sex differences in disorders such as anxiety and depression.

These beliefs about male and female differences in this area have led to all sorts of stereotypes such as women are better at understanding others’ emotions, to claims they are more emotional, that is unable to control their emotional reactions.

The end of assumptions about emotion?

This new study joins other recent research that challenges the concept of binary “male” and “female” human brains, and may have relevance to understanding disorders including depression as well as call into question assumptions about emotional differences between genders.

The team identify all MRI studies of the human amygdala over the past 30 years. They found 58 published comparisons of amygdala volume in matched groups of healthy men and women (or boys and girls).

However, this difference is comparable to males’ larger body size, including the 11-12 percent larger volume of males’ brains overall. Among studies that reported amygdala volumes corrected for overall brain size, the volume difference was negligible.

In a similar 2015 meta-analysis, Dr. Eliot also debunked the widely-held belief that the brain’s hippocampus, which consolidates new memories, is larger in women than men.

“There are behavioural reasons to suspect a sex difference in the amygdala,” Dr. Eliot said. “Emotion, empathy, aggression, and sexual arousal all depend on it.

"Also, the evidence from animal studies suggesting a sex difference in amygdala volume is stronger than it is for the hippocampus. So, this finding is more surprising than our hippocampal result and suggests that human brains are not as sexually dimorphic as rats.”

This study strengthens the case for gender similarity in the human brain and psychological abilities and has implications for how we view male and female behavioural differences and the biases that go with perception.