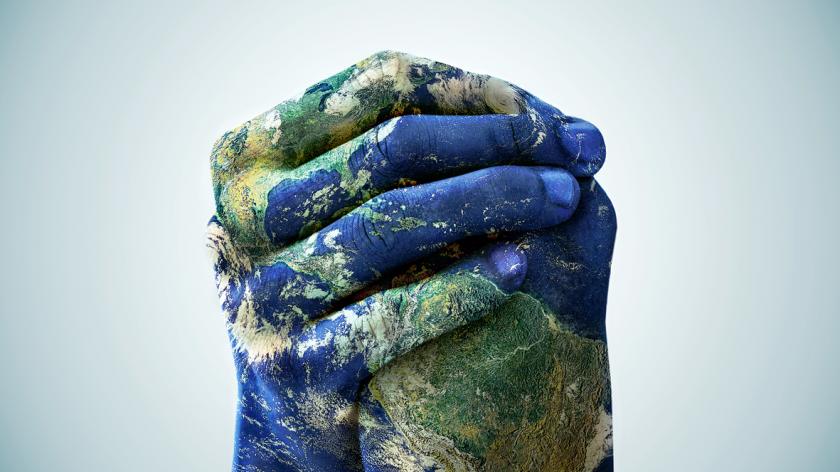 The current capitalist approach to value creation is killing our planet and our people. Businesses need to move beyond solely profit-seeking, and the Human Economic Manifesto created by Perry Timms enables organisations to do just that.

What does the study of ants show us about the woeful state of macroeconomics on planet Earth in 2022?

The emerging field of molecular biology – literally the unravelling of DNA – was somewhat at odds with the sociobiological field in explaining the state of life and predetermined qualities that living entities displayed.

Yet despite being attacked and ridiculed at the time, the work of Wilson (who was referred to as the Natural Heir to Darwin or, more affectionately, AntMan!) is so important to the future of the planet alongside James Watson and Sir Francis Crick’s work in molecular biology.

Because neither Wilson nor Watson/Crick is wrong or right. They hold two perspectives on a critical issue relating to the future survival of the planet, and thereby the human race. Sociobiology and Molecular Biology hold different keys to unlocking our understanding of possible futures.

Indeed this quote is Wilson’s most famous:

“The real problem with humanity is the following: that we have Paleolithic emotions; medieval institutions and god-like technology. And it is terrifically dangerous, and it is now approaching a point of crisis overall.”

A crisis that we are witnessing in our economic constructs combined with the increasing tension in the concept of value.

There’s been extraordinary value created for people but at quite a severe cost – to the planet and, thereby, us.

The cost of capitalism

On the face of it, the capitalist system of the 20th and 21st centuries is serving us, largely, well.

GDP has quintupled in 50 years. And so have carbon emissions. There’s been extraordinary value created for people but at quite a severe cost – to the planet and, thereby, us.

This brings us to not just focus on value but to look at the challenges that impact what value can be created and what we really do value.

With much attention focused on the current cost of living crisis, a war in Ukraine and the fallout of a 2+ years pandemic reaction, do we put faith in the ‘trickle-down’ neoliberal economic model? One that in 2017 and 2018 created a new billionaire every 2 days? And led to the 26 richest people on the planet having more wealth than the 3.8 billion poorest people?

Historian Rutger Bregman posits that Milton Friedman and Friedrich Hayak – arguably the economic architects of small-state, free-market capitalism and shareholder value – constructed their models and theories based on economic constructs that were “lying around”. No revelationary 100% new thinking, but the assembly of several artefacts into a new paradigm and system. As it was assembled this way, so, Bregman proposes, can the alternative be similarly constructed. From things that are lying around.

Inspiration is out there

We already have studies that prove some of our economic thinking is flawed and ignores key contributing factors. Often deemed too variable, hard to measure and incidental.

In 2011 Alex Edmans, Professor of Finance at London Business School, studied a 10-year performance arc of high-ranking companies on various stock exchanges and compared their results to organisations ranking on the Fortune 100 Best Companies to Work For list.

He found that those who appeared high in both outperformed those that ranked only in stock value by around 4% and that risk-taking, innovation and performance against targets and productivity measures were also significantly higher. He concluded that “analysts aren’t factoring the benefits of worker welfare” in their assessments of company strength and, thereby, value.

In 2019, the Business Roundtable, a gathering of 130 of the most powerful companies in the USA, declared a departure from purely Shareholder Value being their pursuit. Instead, Stakeholder value would be their measure of success. So what? Well, this group delivered over $1bn in utilising the services of SMEs in 2021 alone. And in the same year, it donated over $22m additional funds to charitable causes, many in humanitarian and ecological areas.

In the UK, the Confederation of British Industry (CBI) declared that purpose-driven companies sustainably outperform their profiteering counterparts.

Investment in renewable energy and the industry shows anything between $12 trillion and £30 trillion – an all-time high in financial stakes. A trend that shows no signs of plateauing despite climate change deniers.

In Norway and Kenya, huge industries proved a bigger return on recycling raw materials and natural resources resulting in more profitable enterprises that created more fulfilling work for their people. Whilst removing some of the toxic (and organised crime) practices on the dumping of waste and the pillaging of our natural ecosystems.

Investment decisions in high-value technology enterprises are taken not just on the product or tech innovation, but on culture, leadership, talent, capabilities and ways of working.

So is all we need simply there waiting to be assembled as a departure from our existing macro-economic models? It appears so.

Undoubtedly our minds go to ESG and Environmental Social and Governance is currently a pretty big topic as many companies head towards net-zero.

Oxford Said Business School Professor, Colin Mayer, even titled his book Prosperity when talking to this. And it is quoted by Microsoft’s Satya Nadella as the one to read.

The concept is framed around six value lenses, which I’ve written about before, but for clarity Meyer refers to value that is:

Arguably the first three are all about people. The natural value is about the environment and our ecosystem of life. Materials are reusable things, and financial is the current, and often the sole, measure of success. Be that managing within budgets in the non-profit sectors or stacking up cash in the for-profit sector.

Meyer’s Prosperity takes this to a much wider perspective and brings attention to the fact that creating solely financial value does impact the other five quite significantly and often detrimentally. A more balanced perspective can actually mean the financial value is more sustainable in every sense of the word.

Studies are starting to prove this. But of course, it’s still possible to make a ton of money and be awful to humans, disregard social value, pervert intellectual value, disregard natural value and overdo material value.

Arguably such profit-at-any-cost approaches are avarice over prosperity. So what do we do?

People really are the value creators, yet we still obsess about market capitalisation and stock prices – profit at any cost.

It’s my supposition that we need to map and then allocate value in a more prosperity-pro way, especially regarding people.

Perhaps then, we can shift from the Taylorist “parts of the machine of work” into more sociobiological essential players in a complex ecosystem.

And to declare this intent, it is my view that we need a Human Economic Manifesto. Just as Agile has one.

People are the value creators

It’s perhaps as much an ideology as it is a manifesto but new economic theories are supporting this broader move. From Thomas Picketty to Mariana Mazzucato. From Rebecca Henderson to Raj Sisodia. From Umair Haque to Kate Raworth.

Indeed in my research and reviews of theories, models and case studies, I mapped out 109 touchpoints in value chains as the ways businesses create value. Of these, 93 had human input. People really are the value creators, yet we still obsess about market capitalisation and stock prices – profit at any cost.

It’s my hope that folks in the HR, OD, L&D and people profession more widely take up this mantle  – perhaps under the guise of ESG – to understand the economic systems and the need to move from profit to prosperity.

To avoid purpose conflation and greenwashing and, instead, create fair and diligent meaning from work, recognise the value of people in our work and how businesses impact our planet.

HR has all it needs lying around.

It’s a calling to us to depart from processing policy to derive a profit, to wider prosperity gains and businesses as a force for good.

This article is based on Perry Timms’s reflections from his keynote at the Working Futures Event held on 16 and 17 May 2022.