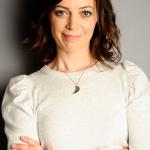 The four capacities of purpose-led leadership

Our approach to leadership development is stuck in the last century. Today’s leaders don’t need a command-and-control approach – they need to lead with purpose.

Purpose is fast becoming a super power. An inspiring 'why' motivates employees because it makes day-to-day work meaningful. They’re no longer just laying bricks; they’re building a cathedral. A purpose-driven brand takes a stand on something that people care about – the wellbeing of people and the planet – and this engages customers.

Organisations are too often over managed and under led. Senior people focus on performance against targets (management’s job) while neglecting the purpose of the organisation (the leaders’ true role).

A leader’s role in an organisation is only not to create strategy or provide oversight, but to energise people to do great work. Having a compelling purpose increases employee engagement and generates competitive advantage. Many leaders want to become a force for good but often lack the ‘know-how’ to move forward. Traditional leadership models, which outline the traits of a ‘great man’ or ‘great woman’, fall short on being a guide for action. Whilst purpose-led leadership is powerful, many leaders need tools and frameworks to apply it.

This new approach to leadership is distinct from the command-and-control leadership model. Leaders do not coerce people to do things; they lift people and performance through deploying a compelling purpose and embodying four inter-related capacities.

Whilst presence is ‘beyond words’ and can be challenging to convey, it is fundamental to leading with purpose. Our presence expands our ability to let go of outdated ways of working and be open to new ideas. We do not feel threatened by others’ input and genius. We stand in our own authority and with a clear sense of how to treat others well.

Martin Sorrell’s 33 years at WPP, the advertising company he founded, ended in controversy in part because he treated people with contempt. At Lehman Brothers, Richard Fuld, CEO, had accrued such power that he was not held to account by his board members whose job it was to do so. Poor self-awareness gives rise to irresponsible leadership behaviour and poor business decisions.

By developing presence, a leader’s primary motive changes from seeking control over others, to serving others. Presence creates a vibrant exchange of energy, which brings a sense of aliveness and great business results.

For an organisational purpose to contribute to the sustainable success of a company, authentic dialogue is needed to uncover what the organisation is really about. When leaders are able to talk – and, more crucially, listen – to one another, a compelling purpose can be agreed. The organisation’s ‘why’ will then guide day-to-day decision-making. To take dialogue to this level, people need to feel safe to speak out, be willing to accept diversity of perspective and navigate any conflicts that a purpose-driven approach stirs.

When Herb Kelleher, the founder of Southwest Airlines, introduced $15 flights in 1971, he broke the US airline cartel. Southwest Airlines is America’s most successful carrier, carrying 120 million passengers a year. Whilst many of the company’s early competitors such as Pan Am no longer exist, Southwest Airlines has made a profit throughout its 45 years.

The company’s founding purpose – to connect people with what’s important in their lives through friendly, reliable and low-cost travel – remains at the heart of the company. Kelleher had an approach to business and people that inspired many. Known for being a great listener, he engaged his staff in conversations about how to make the company better and stronger.

Whilst many leaders have an inclination to be the person giving direction, listening is integral to success. By engaging the people around them, they have the honest and open conversations needed to generate fresh ideas.

Leadership is no longer about being the smartest person in the room. It is about motivating a diverse range of stakeholders to pull together and deliver results.

When Bernard Looney became the BP’s new CEO in February 2020, his arrival heralded a new chapter for the 110-year-old company. Looney announced his ambition for BP to be a net zero company by 2050 as well as a new organisational purpose.

In an interview for Fortune magazine, Looney acknowledged that he’d become concerned about two key groups of stakeholders. Employees and investors were ‘deeply perturbed’ about the company being out of step with wider society.

The new purpose of BP – reimagining energy for people and our planet – emerged out of an in-depth engagement with their employees. Looney understood the need for his people to be on board to deliver BP’s new purpose and included them in the purpose definition process. When there’s a meaningful reason to exist, people feel that they belong.

An organisation’s ‘why’ is the very reason it exists. A purpose is not a statement about the company’s products, services or market segments; it is articulation of what the organisation endlessly pursues.

Disruptions, which have become the new normal, require leaders to lead with a clear purpose. When purpose boils down simply to a meagre goal about profit or growth, rather than a company producing goods and services that benefit customers, it has real consequences. In education and health services, as people lose sight of the organisation’s purpose and strive to hit performance targets, people become stressed. Burnout and high staff turnover characterise both sectors.

Organisations are too often over managed and under led. Senior people focus on performance against targets (management’s job) while neglecting the purpose of the organisation (the leaders’ true role). For an organisation to make a positive contribution, leaders need to stop treating goal setting as a pseudo-purpose and attune their organisation to a compelling purpose instead.

When leaders embody these four capacities, they strengthen their organisation’s ambition and its ability to serve its stakeholders. They build teams that have alignment as everyone pulls in the same direction, and increase their own sense of aliveness by doing what is uniquely theirs to do.

Interested in this topic? Read Social purpose on the inside: engaging employees in trying times.