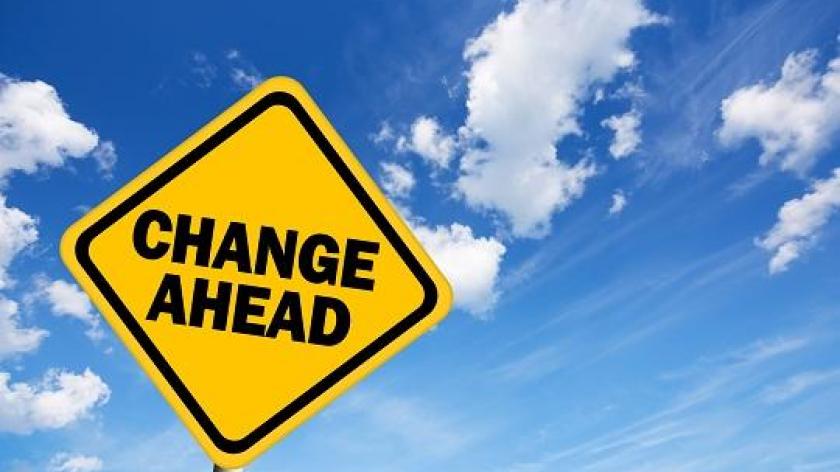 A change management programme aims to increase efficiency, allow employees to be utilised elsewhere and helps to make a better product or deliver a service for less, yet the key to successful change is people. Without their support and engagement, the time to get a change project up and running can double, or worse a change project can fail its objectives miserably. In an environment with the pressure to increase productivity, organisations, great and small, should never under-estimate the power of their people.

Typically there are eight personality types that can make or break a change management programme: Champion, Ambassador, Challenger, Sceptic, Prisoner, Passenger, Saboteur or Thief. Identification of the personality traits involved in a change project is usually only done when problems arise. This is too late. Employees and their views need to be considered at the start of scoping out a strategic and operational change management programme. To aid identification and bespoke communication programmes to engage these different groups of employees, Festo Training and Consulting has developed the three dimensions of employee engagement.

Analysing these three elements enables employees to be identified as Engaged, Not Engaged or Disengaged. The importance of this grouping means that different engagement and communication strategies can be put in place.

Champions and Ambassadors will be fully engaged in any change management programme. The difference between these two valuable groups comes down to drive and proactivity.

Every project needs Champions. Champions are highly aligned to the organisation, love their role and have immense drive. They will endorse the project and will work hard to bring people round to their point of view. It’s highly useful to have someone from the front line as a Champion, as they will be more trusted than senior management.

A Champion will be a highly resilient individual. They’ll need to be able to handle disagreements and to use persuasive communication to bring individuals round to their point of view. Equally, a champion should be someone who likes a challenge and is self-motivated. Champions are often collaborative individuals who are respected by their teammates.

Ambassadors will be positive about any change and will be highly aligned, however they will not proactively try to change people’s points of view. Moving an Ambassador to a Champion will require an organisation to work closely with them, perhaps giving them a part of the project to lead, which will require them to engage more proactively.

Employees who are not engaged fall into two camps and there needs to be different communication strategies in place for each. The first group consists of the Challenger and Sceptic.

Challengers will be high on the personal satisfaction scale and this increases their questioning the validity of any change. They are though lower in the alignment scale, meaning they can come across as generally unsupportive or negative about outright change. However, all is not lost. Challengers need to understand the reasons behind each project and will seek facts and figures and personal reassurance that their future is secure.

It is easy to discount Challengers, but they can actually be crucial to the project’s success. They might be slow to come on board, but once they have received a convincing argument and have the opportunity to shape the project, they can become essential players.

While Sceptics might be close in some characteristics to Challengers, where they differ is in their lack of alignment with the organisation. They will also have a lower sense of personal satisfaction in their role, often overtly opposing any proposed change.

On the positive side, Sceptics will be questioning and like the Challenger will seek knowledge and information, which can strengthen strategies. However, because of their lack of alignment, they will have little trust and will be suspicious of people’s moves and motivations. Due to their questioning and their lack of engagement, as well as low drive and energy other team players will find them difficult to work with.

The tipping point from Sceptic into Saboteur occurs on the personal satisfaction scale. Saboteurs will be unsatisfied with their role, responsibilities and reward. They can be moved on the satisfaction and alignment scales, mainly because they are proactive with high energy and drive.

Working with them early on and spending time explaining why the organisation is changing, gives a chance that they can be moved from being actively disengaged and potentially become a Sceptic or Challenger rather than an outright Saboteur.

The most disengaged group is the Thief as they are highly dissatisfied in their role and out of alignment with the organisation. They are also the most difficult group to communicate with because they are passive.

The term ‘thief’ implies the covert and underhand nature of this group. Hopefully a change management programme will not have a Thief in the team. If there is one, the best advice is to identify them quickly and then eject them as soon as possible. A Thief can cost money, develop mistrust with key stakeholders and potentially lead to organisational crises. They will perceive themselves to have been treated poorly and will be unable to compromise and have little regard for others. They often need professional help, which will need to be dealt with separately.

As mentioned above there is another group of employees who can be classified as Not Engaged. The Prisoner and Passenger are well aligned to the organisation’s strategy and will likely support any change initiative.

While well aligned, the Prisoner is lower on the personal satisfaction scale. They are likely to be fairly vocal and proactive in their concern over a project. The term Prisoner relates to the fact that they may feel trapped in their role and responsibility.

However, they can be moved into an Engaged position by giving them clear guidance. Working alongside Champions or Ambassadors will be useful, and additional responsibility and recognition will help to remove some of the barriers that they are experiencing.

On the other hand, a Passenger is really just along for a ride. They will tend to be highly unsatisfied with their career and although they might understand the reasons for change, they will not proactively engage with the process. Their natural tendency will be to move even further out of alignment and also to become less satisfied in their current role.

The reason for having a 3-D model is to understand the importance of all three elements – Drive, Alignment and Satisfaction. Each group of employees will have different needs. Working with proactive colleagues who have high energy and drive is far easier than trying to engage with colleagues who stand back and tend not to get involved.

The other elements of Satisfaction and Alignment mean that organisations can closely identify where colleagues are experiencing difficulties. If Satisfaction is the issue, you can work with them specifically on their own career, whether by changing role, improving recognition or increasing reward. If Alignment is the issue, then communication that more accurately conveys the strategy, or changing an organisation’s culture, can help to improve engagement across the organisation.

A useful guide to understand the dynamics of human behaviour and planning strategies accordingly.