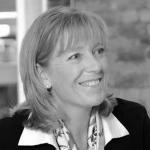 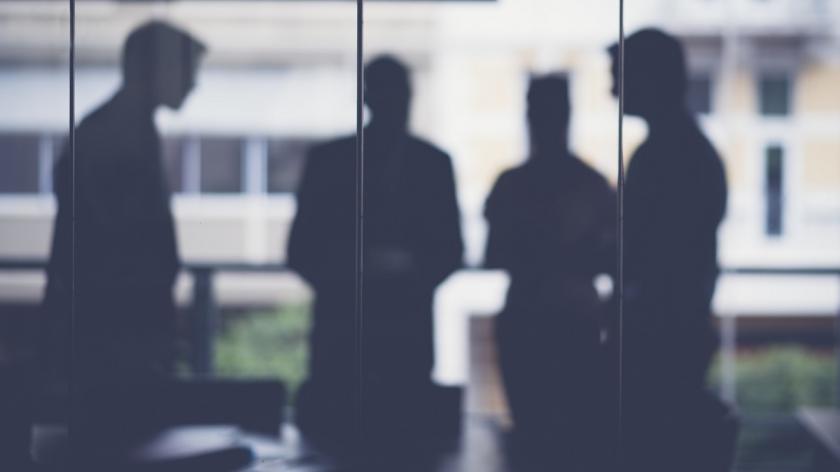 Virtually every conversation today about business growth and change points to technology, with few jobs left untouched by it. From General Electric to Lego, entire systems have been overhauled to make way for faster services.

But where does this leave workers? Over the next five years, global banking giant ING predicts it will lay off 5,800 workers during its digital transformation. Remaining employees will have to get on board with the new order.

Despite leaps in technological uptake, things are not changing as fast as we might have imagined. Businesses are grappling with a form of digital Darwinism, where technology outside the workplace is marching at a pace that is unmatched inside the organisations.

Amid the changes, human resources will face a monumental challenge as digital overhauls happen all over the world. Instead of simply supporting, they could also be driving change. So, where does HR fit into this movement?

To answer this question, we surveyed over 550 HR professionals, including 250 HR leaders. Our HR as a Force for Digital Change report sought to understand if HR professionals are fulfilling their ambitions in shaping and driving digital change.

Most surprisingly, we found that HR has low self-esteem in this area, seeing itself as low down the pecking order of influence, investment and perceptions of relevance.

Additionally, we found that HR teams are not managing their own HR transformation effectively enough.

We were able to identify a spectrum of roles played by HR – six archetypes – existing on a continuum. At one end, HR is trapped in a conventional role where its contribution is reactive and tactical.

At the other end, HR is truly a force for change, an activist driving the agenda. Let’s look at the six archetypes in more detail:

These archetypes reveal that HR leaders and their functions move across the spectrum, not just by taking a more strategic and partnership role alongside digital transformation, but inherently by building their own digital DNA and reconfiguring their capabilities.

Through the internal company culture, each archetype has started to build an environment of success for themselves and, as such, earn the credibility to influence the debate.

The bad news is that the majority who took part in our research saw themselves as stuck at the less strategic end of our continuum.

It is no surprise to learn that this is neither where they want nor feel they need to be. In fact, everyone surveyed shared the ambition to join the ranks of the Strategic Partner and Provocateur archetypes.

On further analysis of these archetypes during our research, what also emerged was a clear tipping point where HR professionals make the shift into the more strategic role they desire.

It is the moment where collaboration – being part of digital transformation – tips over into leading digital change. HR teams that pass through this tipping point have distinct characteristics, centred on being digitally-enabled themselves.

They demonstrate that they are relevant to the transformation debate, from shaping vision, investing in change, to personally operationalising new technologies.

Those beyond the tipping point have made themselves indispensable to any discussions around digital change and, as a result, are increasingly leading that change in their own right.

Typically, they have built their credentials and a mandate through digitally-led innovation that has impacted business performance through HR. 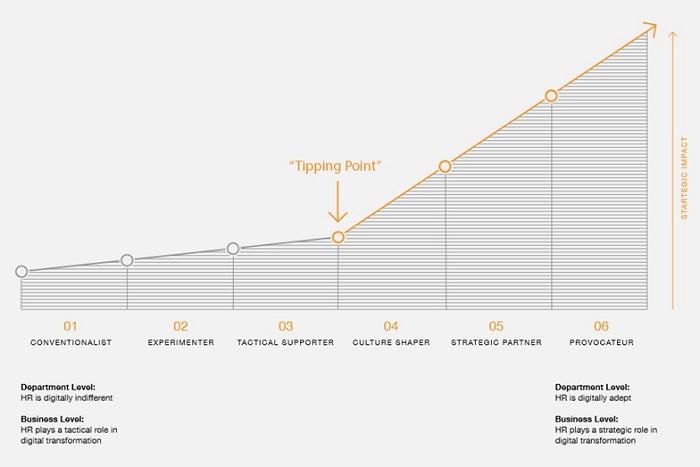 If HR professionals want to move beyond the tipping point to drive digital change they will need to plot themselves and their teams among the archetypes.

A better realisation of where they stand within the business will in turn allow HR to better set strategies that take the department from lagging Conventionalists to forward-thinking Provocateurs.

Getting this right will be a vital investment into their futures.

Don’t let that be the HR team.

Helen is partner at Prophet, who brings over 20 years experience working with clients locally and globally on the engagement of talent. She joined the firm to grow its portfolio of work in employee engagement, employer branding and culture – elements seen as increasingly critical to business success. Her early assignments have included a...