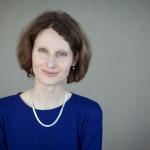 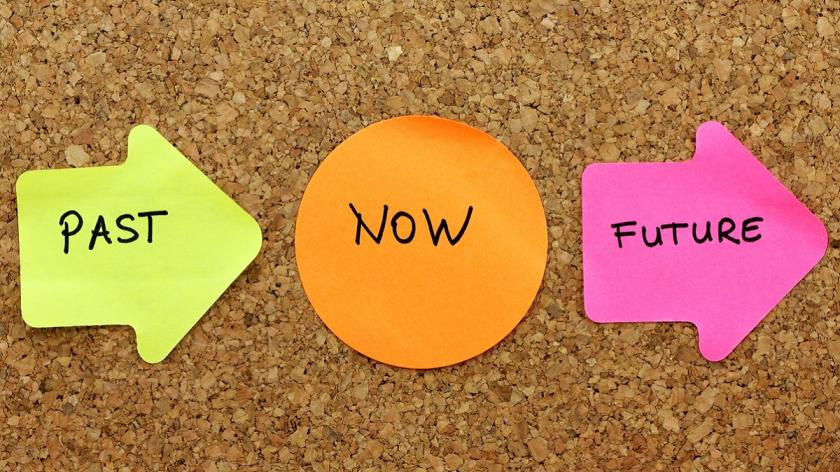 Past, present and future - what's the correct tense for HR Tech?

It becomes a cliché to review a technology year as one of 'disruption and growth', and to project the same for the year ahead. Of 2016/2017 it is already said, and probably accurate.

HR don’t enjoy a reputation as the first to embrace new technology possibilities - an ironic position given our roles as champions of change. We need to delve further into the IT world; yet there are discomfort zones for everyone these days.

So here are 3 past tenses to represent 3 stories about HR technology in 2016, to prove that all rules are made to be broken, even those of grammar and what has gone before in HR[1].

Past Simple – It happened (and it’s over)

1. “Cloud” came and decisively conquered.
That which has most significantly changed is much deeper than just terminology (“cloud” as a redefinition of “hosted”, for example). We assume now that products are cloud-based and ask instead whether what lies beneath is a system that was originally built for the cloud. Look to this from your potential providers. This has mattered for HR because the older platforms are not up to the challenge of rapid response to new stuff we need. Beware the buzzword, but it is simply not agile enough.

Where does an ATS (applicant tracking system) end and an employee engagement tool start?

2. Size ceased to matter.
We can no longer define HR software requirements as those of the SME, mid-market and enterprise. The ex-mid-market became increasingly competitive in 2016, attacked from all sides. There is tussle between ongoing aspiration to unify systems (this does still feel like the right thing to do!) and the astounding functionality of niche software, such as in recruitment, employee engagement and, strikingly, in payroll too. In a medium-sized organisation (say 500 – 5,000 employees) I believe you are now safe to consider “little” systems to serve you well. Conversely, the ERP providers and vendors of HCM software who have dominated the large-scale client base, looked to capture the smaller organisations with streamlined product and package offerings.

3. Performance management went out.
HR talk of ditching annual appraisal was not quite new for 2016, but this year we did hear less about appraisal, review & performance and much more about talent or new things like people’s “pulse”. For HR systems, the implication is that some of the boundaries between tools and between modules within tools are altogether more confusing, and this looks set to be the way head. Where does an ATS (applicant tracking system) end and an employee engagement tool start? Or a learning management system (LMS) meet team collaboration? HR cannot afford to be unrealistic in our adoption of these new ideas apace, but we can look further than traditional HR silo disciplines and expect a greater fluidity of ideas as we plan ahead.

Past Continuous – It was happening (or Imperfect?)

4. Satisfaction with HR systems vendors was proving distinctly imperfect.
This proved to be one factor behind increasing market “churn”. Be aware of the potential to divorce product provider from service provider and notice the differing takes on the partner ecosystems that vendors may now use to excel and to differentiate in service too in order to look after more diverse clients well and yet focus on R&D. That said, outsourcing appeared this year to advance further as a buzzword. I prefer partnering as a past continuous concept (and see below about how HR departments need to find new ways of earning their own keep!)

5. Our employees were getting ahead of us.
Whether it be in expectation of experience, engagement and enjoyment of gadgetry. When at home – and I refer you to a Wikipedia’s worth of articles about “Gen Z” – employees are swiping, pinching and being sensed by their own personal systems, so why should their interaction with technology be the lesser at work? I noticed in my work with implementation consultancy, that the risk of achieving acceptance of new HR systems ceased to feature and gave way to danger that a new tool just risked failure to be good enough! New release designs aim for minimalism, personalisation and a focus - quite rightly - on all-employee user experience, rather than that of core HR personnel.

New release designs aim for minimalism, personalisation and a focus on all-employee user experience, rather than that of core HR personnel.

6. Time and attendance was still a problem.
Organisations in the UK still struggle to find solutions that integrate effectively with half-decent payroll and core HR. In 2016 this has remained an imperfect area of the market in people technology in this country, despite a plethora of choice. It is fraught with difficulty and many of those challenges do reside within our own cultural camps, as irregular hours and shift workers prove to be in the most difficult places, at the most difficult times and with either the most or the least demands of the technology an employer offers to them. How this will play out within a “gig economy” is a fascinating watch-point.

Past Perfect – It had happened

7. We had thought analytics would disrupt.
We had thought that HR (92% of whom reporting that high quality analytics are “critical or very important” to the business[2]) would be over-turned by the advance in predictive analytics and insightful data. In fact, it’s been slow on the uptake when it comes to true analytical insight but fast to see dashboard features, data drill-down and intuitive query language an assumed part of the core HR system list of features. This I put down not to a lack of development of product, but more to the chasm between the reality of what HR have managed to date and do now on data and reporting - and the potential.

8. There had been increasing concern for data security.
Particularly when the concept of “people science” entered HR vocabulary. As Ulrich got a revamp in 2016, I wonder if HR need to begin considering new key roles in the department team with this key idea in mind. Can we continue to pretend a separateness from IT roles who care for organisational data and the rights & responsibilities that surround it, when HR are the guardians of employee duties owed and owing in other respects? And is that not a natural fit with a wider concern that all-things-people-data are taken care of?

9. Tightening budgets had also become a worry for HR.
Our operations needed to bring in income. Local authorities and educational groups looked to shared services. Recruitment agencies struggled against direct activity by engagers. To run a payroll bureau became pretty easy to do (and often badly!). As I look ahead to 2017 for HR, those more comfortable in a grammar lesson than in a tech “hub” gain an understanding of, if not how, then at least the why of what is happening under the surface of supplier systems. A new platform is agile. It can readily be scaled up to service out, developed quickly to supply new functions and deployed in a de-centralised way. And before the end of the next financial year.

2016 may be nearly a past tense, but its lessons for HR technology will create the future context for the functions of 2017. In my next article for HRZone, I will offer a tweet-friendly run-down of trends that could be #trending in the year ahead.

[1] And if someone would like to write me a guide to the correct usage of grammar on Twitter, I would be grateful.

[2] As reported by the Fosway Group, from whom the 9-Grid analyses are well worth a read on HCM and/or learning technologies in Europe

Kate’s passion at work is for bridging the gap between technology and people at work, translating for HR professionals the language of HR systems and making meaningful their potential. She believes that success with people technology is through people and that people are the differentiator.