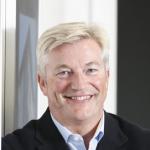 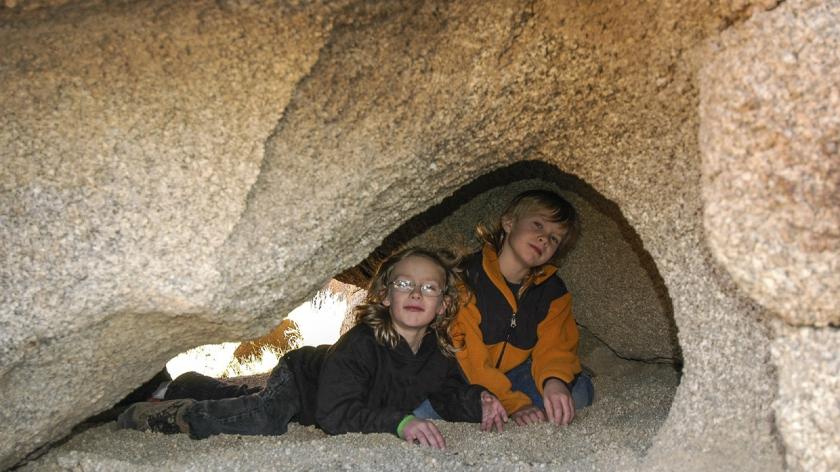 James McCalman is Professor at Portsmouth Business School and co-author of the book Leading Cultural Change.

Authentic and ethical leadership often get mixed up and this leads to a number of problems compounded by the way both ideas are researched.

I would argue that most of our leaders whether they are politicians, in business, senior Civil Servants or those championing charitable causes are invisible. In the last decade they have been driven underground by fear and failure and cannot emerge into the public eye because their PR gurus have neutered them!

Too strong? Who was the last “conviction” leader you met and admired?

As western economies begin to emerge from recession, there will be a growing clamour for more ethical behaviour amongst leaders in the public eye. The banking crisis and MPs expenses scandal will live long in our memories.

There will also be a growing demand for organisations to overtly display greater levels of responsibility, governance and promotion of ethical leadership, actively illustrating that things have changed. The rush towards notions such as authentic and ethical leadership may reflect a need to seek solace in what is positive about leaders and leadership in general.

However, as the table below illustrates, leadership is becoming more complex and difficult. There are also problems with the way it is studied. The theoretical contribution and technical rigour of research studies needs greater access to more applied work within the leadership and management fields. We need better, more challenging research! 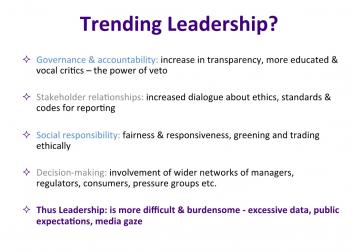 In one sense there may be merit in beginning to bias research work undertaken away from traditional outputs and outlets. Adler and Harzing (2009) suggest that journal rankings, “dramatically skew scholarship as it implicitly encourages conservative research that asks familiar questions using accepted methodologies rather than research addressing new, often, controversial questions that are investigated using innovative methodologies.”

There is a rush to quantitatively measure ever-smaller bits of research rather than look at ‘big’ issues. If this is true for research in general then it is certainly the case for leadership and there is no doubt that leadership per se is an over-published and under-researched area.

What I want to argue here is that there is a significant difficulty with leadership research because:

How exactly is ethical leadership researched?

What would be useful to academics and practioners alike are studies of the way ethical leadership is “done” in organisations.  This reflects more of a “life stories” perspective, a focus on interdisciplinary, integrative approaches of a cultural nature and a clearer focus on ethical leadership.  For example, how have ethical leaders in the Banking sector gone about re-building trust? Do they even exist?

You won’t find many academic journal articles even contemplating leadership in a post-recession environment because as far as they are concerned it appears not have taken place!

Robert Chia’s (2014) argues that European scholarship and an examination of ethical leadership of real life cases offer clear pointers.  We need different research. The positivist approach that seeks quantitative studies amongst well-defined variables to enable universal claims to be made about the causal affects of leadership is looking for the wrong person in the wrong place.

As recent high profile retractions from one of the leading US-based Journals, Leadership Quarterly, testify it can also lead to some problematic data publishing concerns!

What I am arguing for are systematic studies of ‘real life’ ethical leaders whose behaviours can be analysed, understood and hopefully emulated.

Moving out of the shadow

For too long leadership research has been dominated by America. Gardner et al. (2011) found that 82% of the research on Authentic Leaders came from North America. When considering leadership there appears to be a logical flow and inevitability associated with the process of research suggesting that:

Therefore, it may be time to strike out in search of two agendas. First, research which examines the “lived” experience of ethical leaders and how and what this means. Second, an European and Asian research agenda that extends a focus of attention on multiple perspectives and research methodologies and recognises the significance of groups such as, Critical Management Studies and emphasis on philosophically competing views.

Getting to grips with authenticity and ethics

Authentic and ethical leadership often get mixed up and this leads to a number of problems compounded by the way both ideas are researched. Authentic leaders are seen as:

However, there are problems with how these behaviours are arrived at. For example, notions that an authentic leader should have a set of internal standards of morality were gleaned from a content analysis of whom doctoral students thought were authentic leaders!

It is hardly surprising the research to date concludes that, “no one general agreed-upon definition exists. In addition, the majority of the scholarly publications seek to develop or extend theory, rather than to test it through empirical research.” (Gardner et al., 2011).

Perhaps some of the problems of studying authenticity are in the way it is studied. The overreliance on survey measures, cross-sectional designs and single source data amongst quantitative empirical studies deny the richness of the subject. There is a need to encourage alternative forms of research and it is here that we may see an opportunity to counter-balance US journals.

Certainly, journals such as, Leadership and the European Management Journal have taken positive steps to encourage this.

But what really worries is that the notions of authenticity themselves are weak. The authentic leader behaving unethically doesn’t appear to compute at the moment. Eisenbeiss (2012, p.791) succinctly sums this up by arguing that, “For instance, in the financial crisis, there were banks or investment institutes in which the…..norm prescribed short-term generation of profit even at the expense of sustainability issues or fair treatment of customers.

Obviously, in such a case, ethical leadership would mean breaking these norms rather than upholding them.” Isn’t the leader leading a group for short-term gain behaving authentically if the group accepts those norms as genuine and acceptable?

I am almost 100% sure that Sir Fred Goodwin would have classified himself as authentic by all these measures. However, he still portrayed narcissistic tendencies, which ultimately brought down the Royal Bank of Scotland. What we need to do is drop authenticity and search for ethicality.

Isn’t the leader leading a group for short-term gain behaving authentically if the group accepts those norms as genuine and acceptable?

That is, the direct and distinct pursuit of identifying leaders who display ethical leader behaviours, what these are, how they are displayed and how we actually learn from them.

The research to date directly tries to associate elements of an authentic leader with their ethical/moral behaviour. Indeed a leader’s moral and/or ethical codes are more or less explicitly seen as elements in leadership theories and authentic leaders are assumed to consider the ethical consequences of their decisions. One could argue that the problem with studies of authentic and ethical leadership is that these assumptions remain largely untested.

It appears that the time is ripe to begin to uncover the mask that prevents effective notions of “good” leadership research from being undertaken and more widely exposed. If we accept the notion that something has to be done about the preponderance of US-centric research, the inhibiting nature of journal “branding” and academic 4* bias, then perhaps a focus of attention on more effective studies of competing narratives of leadership might be forthcoming.

Certainly, there is merit in developing a more Asiatic/European research agenda and focusing attention towards how ethical leadership is “done” might enhance leadership development itself. This then leaves us with the questions of what and how.

We need to be championing the idea that good leadership is leadership for good and that our leaders need to be “beyond organisation” in the sense that they represent their communities and society in general.  For this we need real life role-illustrations that cry out for in-depth case studies and “life stories” of leader-actors and how they work.

We really need more critical studies that draw attention to the complex political processes in the leadership of organisations. These would begin to uncover the competing versions of reality that remain hidden to public view through the power plays of key actors and the embedded constraints of hierarchy and function, and the complicity of researcher (Dawson and Buchanan, 2005).

By accessing the “lived” experience leaders life stories can produce insight into the meanings they attach to key events that facilitate positive self-development through reflection. The narratives of leaders are theory-laden, express causal relationships and provide explanations. However, they are not yet a preferred research approach.

There is safety in numbers; well that’s the theory anyway!

Adler, N.J. and Harzing, A-H., 2009, ‘When Knowledge Wins: Transcending the Sense and Nonsense of Academic Rankings’, Academy of Management Learning and Education, 8:1, pp.72-95.

In most of the cases we have found that due to lack of proper guidance and path we are unable to move towards the right direction. Therefore we need professional help; most probably in professional field in some parts we are unable to take right decision and therefore we used to move towards the wrong direction. So it is better to go best leadership tips to run in a right path.
http://www.slideshare.net/certifiedcoaches/what-makes-you-to-be-a-succes...

This is an interesting debate, my layperson questions are - has ethical leadership been defined? you refer to what it isn't with Sir Fred Goodwin ie are there generic ethics that people would be expected to follow or are they more company or industry specific? If the latter, perhaps 10 years ago an ethic or principle may have been to encourage risk taking whereas now it would be the opposite? Zero harm leadership is a value in one organisation I work in (appropriately - offshore wind farms) - would that be an ethical leadership approach. I suppose I am struggling to see the difference between ethical leadership and value based leadership - am I wrong? For authentic leadership - for me that is more about being true to yourself, being consistent and being aligned with personal values or principles whereas are ethics are external to you? Would welcome your comments. Also I dont know if it is me but I cannot view or access the leadership image above

I too have noticed that there's a missing graph above. My comments are - I can see lots of conviction leaders, so I don't think they're invisible. Gordon Brown on the question of the Scottish Referendum, Bill Gates on world poverty and who is certainly putting his money where his mouth is, and more locally, Carmel McConnell, who campaigns tirelessly for children to have breakfast before school as well as providing it (www.magicbreakfast.com). I think it's an issue of context, myself - someone who is 'authentic' (Lord, I hate the word) in one place, may be dodgy in another.
And while I welcome the idea of research which is less North-American focused, I'm concerned that the reliance on stories of the lived experiences of so-called 'ethical leaders' could deteriorate to mere anecodotes, particularly as research and analysis methods are often not sophisticated enough to take account of the material's complexity.