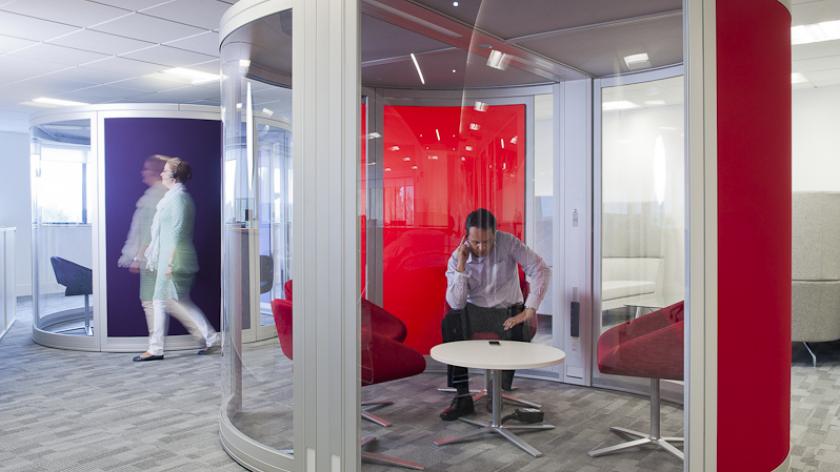 How to create a physically healthy workplace

According to the Health and Safety Executive’s latest figures, we're gradually getting the message about making the working environment a more healthy one.

The organisation indicates that, between April 2010 and March 2011, around 1.2 million people were suffering from an illness caused or made worse by their job, down from 1.3 million the previous year.   But there's still a long way to go. Of these work-related illnesses, half a million were new ones that had started during the time period given, resulting in a total of 22.1 million working days being lost.   In a very few cases - such as those of so-called ‘sick building syndrome’ – there is not a great deal that can be done to improve workers' health, short of pulling the building down and starting again from scratch. But in most cases, just a few fairly simple and low-cost interventions can make a surprisingly big difference.   A healthy office is easy enough to define - it's one that provides good basic comfort and doesn't put physical strain on workers' bodies. And many aspects of such an environment are easier than ever before to achieve.   Basic ergonomic principles have become so deeply embedded in product design that the vast majority of office chairs, for example, are now adjustable and designed specifically to encourage good posture. Similar ergonomic principles have been incorporated into computers, mice and other items of office technology.   But other aspects of what constitutes a healthy office need consideration too and are generally just a case of making a few minor adjustments.  Simple changes  For instance, the ideal temperature is between 19 and 24 degrees - although the more sedentary staff are, the higher it will need to be. But humidity plays a part too, with levels of between 40 and 60% about right in most cases, says Margaret Hanson, who runs Edinburgh-based ergonomics consultancy, WorksOut.   "You often have a dry environment in offices. Eyes can become dry and people can get a sore throat, particularly, for example, in a call centre where people are talking all day," she explains. "Plants help, humidifiers, of course, or simply put a bowl of water on top of a radiator."   Screens should also be at least 25cm from the eyes and tilted so that the top is positioned slightly further away than the bottom. Wrist rests can likewise minimise strain. "Don't cause reflections on the screen - put them at a right angle to the window rather than behind or in front," says Hanson.   It's also worth remembering that much workplace-related ill-health can be mitigated by simple changes in behaviour. The risk of eye strain can be substantially reduced by encouraging workers to take regular breaks from their screens and focus on something more distant, for example.   Poorly-managed shift patterns can likewise lead to insufficient recovery time between those shifts or in staff working excessive overtime - and such tiredness can increase the risk of general ill-health as well as making accidents more likely.   So far, so good. But Tom Stewart, executive chairman of consultancy System Concepts warns that changes in technology are bringing with them a whole series of new challenges for HR departments. "Laptops and tablets are the main things changing the landscape," he says. "Tablets are great for things like checking emails, no problem at all. But I don't think anybody should be trying to sit at them all the time."   In fact, anyone using a laptop as their main computer should use a docking station or at least a separate keyboard and mouse, Stewart advises.   WorksOut’s Hanson has also seen an increase in the number of people using extra-large screens, or two screens at a time, which can likewise cause problems. Large screens mean that users’ eyes have to move over a greater distance, potentially leading to eye strain, while the increased amount of light that they produce can cause visual discomfort.  The downside of fun  "We'd advise that you only get a screen as big as you need - and only one screen if possible," Hanson says. "If you do need two, have one in front, and a secondary screen to one side, for example for referencing material - and turn your whole head, not just your eyes. The top should be level with your eyes."   But changes in working patterns have implications in healthy office terms too. Hot-desking is becoming increasingly popular, for instance, but requires careful thought. Chairs and even desks will need to be height-adjustable and PC screens placed on an adjustable arm.   "Some people will need a footrest and some won't. Some staff, maybe with a health problem, may need a particular chair and, if that's the case, they may find it difficult to hot-desk," says Hanson. "You also need to train people in how to set up the workstation - particularly adjusting the chair position and the screen height."   Ironically, one of the biggest problems for office health that has emerged over the last few years results from a trend that was initially introduced to try to make staff feel happier. Many organisations have attempted to make the workplace more fun for both employees and customers by making it feel less, well, like a workplace.   "You see these places where there are things like relaxing chairs - more like a coffee room, with sofas and soft lighting. But if you're trying to look at your screen and keyboard, it's really not appropriate," says System Concept’s Stewart.   He has noticed this phenomenon particularly in customer-facing environments such as banks, which are trying especially hard these days to put over a warm, cuddly image to their customers. "They're trying to make it relaxed and casual, but the staff are having to try and work normally and enter a lot of information like mortgage details. We've had to say, ‘sorry, no’," Stewart says.   The reality is that, while customers may be there for a maximum of an hour, the customer relationship manager is more likely to be in situ for eight. “We've had to tell them, ‘sorry, you do need a genuine desk and chair - we can't have you sprawling all over the place’," Stewart concludes.

It's not just organisations that offer hot desking that need to offer training on setting up workstations to meet the needs of the individual. These days more and more people spend some time working from home where all these issues need to be addressed too.

I wonder about a duty of care for visitors too such as consultants, suppliers etc. I have an ergonomic keyboard, screen, foot rest and sit on an exercise ball at home. When working in client’s offices whilst I know how I need to sit for my own health and wellbeing it’s not always easy to make the necessary adjustments and I end up working directly on my laptop all day.