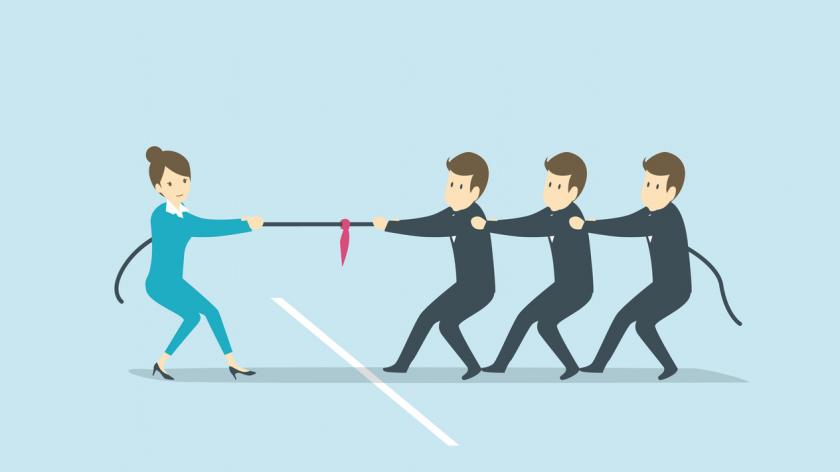 How to close the gender pay gap

The gender pay gap revealed huge inequalities within organisations. Thankfully HR teams are uniquely placed to change cultures from the inside, ensuring women are paid fairly.

In April 2017 organisations in the UK with more than 250 employees were required to publish their gender pay gap figures. All but a very small number of organisations declared a pay gap between women and men.

Some 80% of companies had more women working in low-paid roles and more than half paid men higher bonuses then women.

The senior leadership in many organisations were, I believe, surprised at the extent of the difference between women's pay and men's pay. Most were able to demonstrate that the reason for this was the greater number of men in senior, better paid roles, but this also suggests talent management strategies have failed to ensure talented women move to senior roles.

Reviewing and updating their talent strategy, undertaking unconscious bias training and providing leadership programmes and mentoring were the strategies many organisations said they would use to remedy the gap over time.

80% of companies had more women working in low-paid roles and more than half paid men higher bonuses then women.

Around the time of the reporting I was asked to do a number of talks and panels on what organisations, and their employees could do to reduce the pay gap.

Whilst these sessions were focused on positive action there was no ignoring the strength of feeling and dismay from the women in the audience. Many were angry and felt the trust between them and the organisation had been damaged.

At our sessions, women ask “what worked?”. What the organisation should be doing and how they personally could position themselves and manage their career to overcome unconscious bias and the impact of stereotypes.

What these women wanted was a better talent strategy that addressed the unconscious bias (and conscious bias in some cases) which resulted in men getting better opportunities to progress.

To be fair to many organisations they pledged to take the actions that would accelerate women into leadership positions recognising that this would begin to address the gap.

But how are these organisations doing? And what will the figures look like when the reporting deadline of April 2019 comes around?

Talking to a number of senior leaders and board directors they tell me it is an area of focus and discussion but few of them are able to articulate what has actually been achieved.

Organisations face two real risks if they cannot point to concrete action: one risk is further anger and distrust from employees and the other is reputational damage from not living up to their published intentions.

Talking with senior leaders and HR professionals I foresee some challenges as organisations prepare their data for the next round of pay gap reporting. CEO's and boards want to know what has been achieved.

Whilst it's recognised the pay gap will take years to address, the 'story' of what is being done needs to be clear and credible - and there lies an issue for HR professionals.

Many of the actions being taken won't be making any measurable difference. Why? Because so much rests on ad hoc programmes that have limited impact, like setting up a women's network or unconscious bias training. None of these things are wrong, they are just not the answer.

For example, it’s well documented in academic research that unconscious bias training has little impact and can even create negative repercussions.

A study of 829 companies showed that diversity training had “no positive effects in the average workplace.” The authors say millions of dollars a year were spent on the training, resulting in no measurable change in attitudes and the diversity of the organisations remained the same.

It’s well documented in academic research that unconscious bias training has little impact and can even create negative repercussions.

It gets worse. The researchers — Frank Dobbin of Harvard, Alexandra Kalev of Berkeley and Erin Kelly of the University of Minnesota — concluded that “in firms where training is mandatory or emphasises the threat of lawsuits, training actually has negative effects on the management of diversity.”

The research also found that when people are divided into categories to illustrate diversity, it reinforces the idea of the differences between people, this finding calls into question the benefits of setting up gender and other diversity support networks.

The other issue is that focusing on diversity is only part of the solution. Unless organisations understand the current levels of inclusion and how to create an inclusive culture their effort will make little difference.

It's my view and our research bears this out, that a more holistic approach is needed. In 2017 we asked around 30 firms to describe their approach to creating a diverse and inclusive culture. The results are published in my book Brain-savvy Woman. In looking at what makes the most difference we found a holistic approach is essential to making progress.

Whilst eliminating the gender pay gap will take time, increasing the diversity and sense of inclusion in your organisation and accelerating women into leadership can start to produce business benefits right now. Our research suggests a comprehensive approach that has three key aspects:

This looks at three interrelated areas: what the data says about how women move through the company, and how this relates to the beliefs of senior stakeholders and the sense of inclusion, or exclusion for women (and people in general).

By analysing the data about female careers and the beliefs of stakeholders you can debunk the myths and focus on realities. The end result is a clear understanding of where female careers get stuck, where the company loses talent (and why), and the elements in the culture which support or hinder the inclusion of women.

This stage ensures you understand who the high potential women are, their strengths and weaknesses, and how you can help them accelerate their career.

Helping women to understand their strengths through events like a coach led development centre ensures both the individual and the organisation know where to put development effort, how to maximise strengths and the steps needed to move into leadership.

One essential action in this stage is to review your promotion criteria for unconscious bias. We also recommend assessing the formal and informal decision-making processes related to promotion. Use techniques that nudge people into examining their automatic assumptions, by-pass stereotypes, shift perspectives and create fairer results.

Through coaching, mentoring, group sessions and on-line learning modules, people can accelerate their development, create a mindset to lead and visibly change.

The three elements of ‘analysis, assessment and acceleration’help to build a comprehensive gender diversity plan that will open up your organisation for talented female identifying employees. The benefits of an inclusive business culture have been shown to benefit all employees, provide better productivity, better utilisation of talent and enhanced brand reputation.

This approach gives HR professionals a clear platform and measures of success. It can also be a means of you identifying where you may have gaps in what you are currently doing to reduce the gender pay gap and implement a fair talents strategy.

Hi Jan, I agree with your comments on the impact of bias. The thing that I would add is that the core issue is that there is a female parent pay gap. By and large women who do not have children have compensation and careers which are in line with men. In the UK the gender pay gap is in favour of women in their 20’s and early 30’s. It then reverses. Heterosexual couples are still choosing (by and large) for the woman to take a career break. This is leading to a substantial statistical part of the gender pay gap. The parent who stays home, normally a woman, rarely gets a chance to make up for the lost years. So the key questions that will make a difference are: why are men not choosing to take on parenting responsibilities even in cases where the woman earns more? How can we help parents, primarily women, who take a substantial career break catch up with their peers who have made progress while they were away. Some people will say that if someone takes several years out, they should accept they are behind on the competition for seniority etc. This is not my view but such beliefs are widely held. These parenting issues are at the heart of the statistics around the gender pay gap. Until organisations and people can find solutions to this, the gap will remain substantial, Best Chris