A personal perspective on life without managers

How do you get things done with no managers?

A 'no manager'-alternative to yearly appraisals 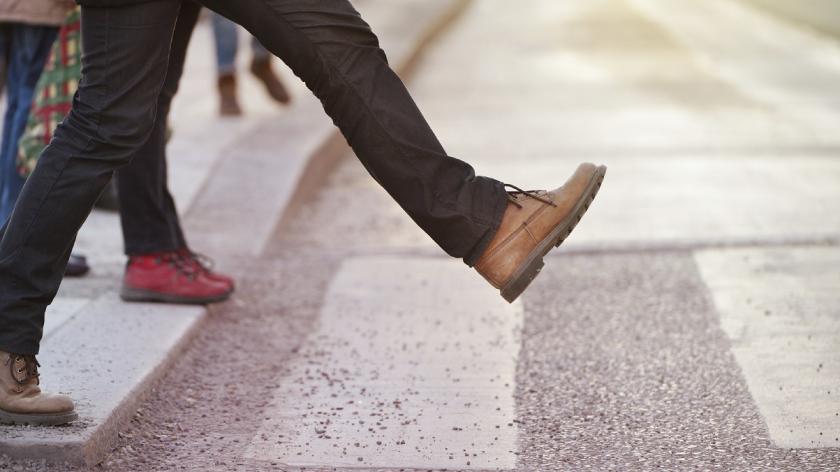 How do you get things done with no managers?

I was recently on a trip to the UK and managed to spend some valuable time with my 92-year-old Grandpa. Over a good cup of tea, we discussed a wide variety of topics, including the difficulties of the Dutch language. The majority of our time was however spent discussing my work and how I work without managers.

Like many people, his first reaction to hearing I worked without managers was utter bamboozlement. It was perhaps the most memorable reaction I’ve encountered, and it was clear there was a huge clash between the traditional and more new school way of operating a company.

After the bamboozlement had subsided, we began to have a fascinating and contrasting discussion on the topic. Specifically, my Grandpa was most intrigued about how, in the absence of a manager, plans and decisions are made, and how things get done.

When I look back at when I used to work with managers and how I work now, I see two fundamental differences when it comes to making plans. Firstly, the current company I work for operates on a lot less control and there’s a lot more trust in individuals to make plans. Each employee is viewed as the specialist in his or her area. As such, when a particular plan needs making the individual specialist is entrusted to make the plan. Not someone higher up on the organisational ladder.

Secondly, there’s a lot better use of the ‘wisdom of the crowd’. When each specialist makes an extensive plan, colleagues are invited to give their input and feedback. Because the accountability is shared within the team, any colleague has the right, and is invited to question plans. Plan makers are expected to be able to explain aspects of the plan and to take on board what’s being said.

The additional input does make the process a little longer, but it also helps to ensure that the plans are well thought out and that they create additional alignment. On a personal level, I’ve found that it adds knowledge and perspective that you’d usually miss out on.

How decisions are made

Smaller decisions tend to be those that employees make on a daily basis. It has some impact on the employee or close working colleagues, but a relatively small impact on the team as a whole.  So for example, it could be what blog is going to be written or which lead to call.

The larger decisions are those that have a larger impact on the team, or involve a large financial commitment.  Instances can be which type of clients we’d like to target and work with, if we need to hire extra staff or what conferences we might sponsor.

Whilst huge decisions are rare, they occasionally happen and they affect the whole company. Most commonly the decisions involve aspects such as the direction the organisation is headed. Due to the impacting nature of the decisions, input from employees is always taken into consideration.

Which decisions fall into which classification mostly comes down to common sense and learning from experience. This may sound rather vague, but if we’re ever in doubt, we always have colleagues on hand to ask if we need a second opinion.

For example, I once nearly gave my sales colleague a heart attack with the amount of money I was proposing to spend on a marketing campaign. Once we’d discussed it, we came to a mutual understanding on which decisions are necessary to involve the team in, and which not. Using experience to improve performance is a fundamental part of our organisation.

One major difference that removing managers has brought, is that the responsibility of employees has noticeably risen. To put it simply, there is no manager to hide behind if things go wrong. At the same time, the short feedback loops give team members the necessary knowledge to continually increase the quality of their work.

Across our organisation, there’s an acceptance that things can sometimes go wrong. The culture is very much focused on learning and development. Employees aren’t singled out for their mistakes, but are expected to correct the errors and learn from what has happened. When larger errors occur, such as a mistake in a big project, then every employee involved tends to review the process and take steps to try and make sure it doesn’t happen again. By not having a manager to hide behind, personal accountability has really increased.

In conjunction with this, when we evaluate mistakes it’s not about pointing fingers or playing the blame game. It’s about improving. During my first months with the company I found this out first hand. I spent pretty much most waking hours of my first few months working on a global HR report. It was to be the start of our new content marketing strategy, and was key in helping us reach a more global audience. After a long slog, I’d finally finished it, and everyone was delighted with the result. Off to the printers it went, and it came back looking even better in physical form that it did digitally.

It wasn’t until the day before it was due to be sent out that I sat and read the report. Two sips into my beer and I realised the wrong version had been sent to the printers, and I was a reading an early draft. Panicking, I emailed the directors (they had copies to give to perspective clients) and the immediate response I got to my email was “Don’t stress, this isn’t a first. #### happens”.

From that one email, I immediately spent less time and energy worrying about being blamed and more time on how to fix the problem. I’ve learnt never ever to send something to the printers without triple checking it, and luckily my colleagues are understanding enough to joke around with me about the time I wasted two trees worth of paper.

Practically, every employee knows what needs to be done. Targets are set together, and there’s alignment within the team on how the team will meet these targets. The individuals in the team are very clear on their role in this, and what they have to do.

Everyone is very much focused on his or her own job and role, and as such there can be a danger that the overview of what needs to be done team-wide can be missed. As I mentioned in part one, there is a high degree of transparency in our organisation. This helps to inform employees of the status of the company and team, and employees can see if a) the things being done are having the right impact and b) if anything needs to be done outside functions for the team to reach their goals.

Every six weeks each team also has a meeting with the two directors, HR and finance. The idea of the directors being there is to treat them as investors and stakeholders. All teams make their own strategy and plans, and these meetings are perfect to test plans for synergy within the team, as well as for both responsibility and accountability.

If things haven’t been done that need to be, then new plans are made. When there hasn’t been enough done, then the responsibility and accountability is clear to everyone in the team, including the stakeholders. In reality, like in every company, sometimes things do get missed, however the six week intervals help ensure that any oversights are not overlooked for too long.

Referring back to my cup of tea with my Grandpa, I have to be honest and say that my feeling is that I left him with more questions than answers. My hope is that this time around, I’ve managed to do slightly better.

I grew up in a time where the impossible became possible. The unimaginable became imaginable, and the wildest dreams became true. It is this mentality, and outlook, that I take with me everyday to work.

During work, I spend my time creating a global brand through content. My belief is that through the sharing of knowledge, practical...