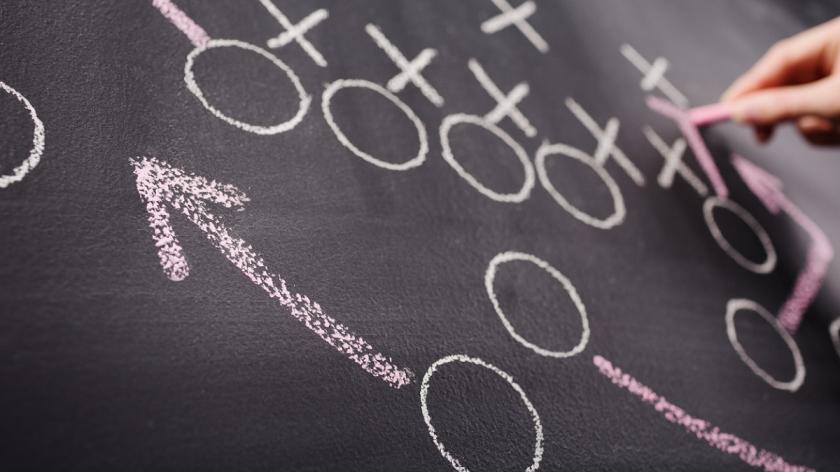 How Championship Manager prepared me for working life

The original Championship Managers are about to take over the world once again. Our tactical expertise, talent spotting and die-hard commitment to winning have made us captains of industry. With unlimited power at our fingertips, we are the best of the best.

Or maybe our unbelievable success at such a young age cannot be replicated in the real world. Our football dynasties are invisible on our CVs. All those moments of despair and triumph will be lost in time, like tears in rain. But we’ve seen things people wouldn’t believe and those experiences shaped who we are today.

I built an all-conquering Barcelona team without Lionel Messi, had £100 million in the bank and invented the tiki-taka passing football that transformed Spain into World and European champions. Here are my tips on how to be The Special One in your workplace.

Championship Manager provided stability during early adulthood. Desperate for fame and success, I immersed myself in the game to create an alternate reality where I had an important job with targets to achieve. I managed big clubs winning multiple trophies, rather than learning my trade and working my way up the leagues.

In real life no big companies were knocking on my door. I discovered my degree had not prepared me for the world of work, and my lack of experience meant I spent most of my twenties playing catch-up in low-skilled jobs to improve my career prospects.

If you’re not a high-flyer, use your bouncebackability to battle through those early years to become established and take control of your career.

I loved the camaraderie of football management. My team depended on me, and I depended on them. We experienced the emotional turmoil of losing big games and being knocked out of Europe, but the different decisions we made on judgement day did not divide us.

We appreciated how different attributes and values make a successful team.

I referenced the Blade Runner ‘lost in tears’ replicant monologue as I looked and acted like a human, but my brain was part of the Championship Manager match engine, processing player ratings, trends and statistics to understand the cause and effects of my decisions.

This led to my interest in human capital, understanding the connection between employee capabilities and business delivery. Like the players in the game, employee attributes are determined by current ability and potential ability, with internal and external factors influencing their performance during their careers.

I would avoid set piece specialists who walked around the pitch waiting for their moment to shine. Being talented is great, but top players use their vision, creativity and influence throughout the game to propel their team forward. When their team-mates get knocked down, they step up and make a difference.

If you stop moving on the pitch, you get marked out of the game. If you stop developing in your career, you become expendable. Join the multipotentialites who possess the aptitude and willingness to excel in different fields and operate across organisational boundaries to show they are talent worth investing in.

I signed Italian legend Robert Baggio on a free transfer when he was past his prime. But with his talent and commitment, and my tactical nous, we were able to find a role that allowed him to make a meaningful impact.

It’s easy to focus on up-and-coming talent and employees at their peak because you need to achieve results and build for the future.

Just remember that older people retain many of their attributes as they age and don’t lose their appetite for meaningful work and new challenges.

I’m not sure if my players understood my team talks and innovative tactical manoeuvres through the monitor. Thankfully, understanding each other meant they could add the finishing touches to their intricate passing and fluid movement to score goals.

They had to think two steps ahead, knowing what they wanted to achieve, how they would do it, and the ability and confidence to execute the move.

I restarted my computer when my best Barcelona midfielder was ruled out for nine months with a broken leg. I believed I could control the world around me by replaying those fateful two months. I was wrong. I ended up with fewer points and the same midfielder still broke his leg.

I moved him to the Barcelona B team to help him regain match fitness. However, this meant he was ineligible for any of the honours the Barcelona team won that season. Without his return to the team, we would have won nothing.

I phoned the Championship Manager helpline for advice on how I could remedy this wrong, but nothing could be done. I had to live with my decision.

Throughout your career you will have to make decisions that affect people’s lives. Whether the news is good or bad, follow a fair and transparent decision-making process and help people accept the outcome.

I retired from Championship Manager in 2004 to get busy living my real life. You never know what’s going to happen in your career so play to the final whistle and never give up.