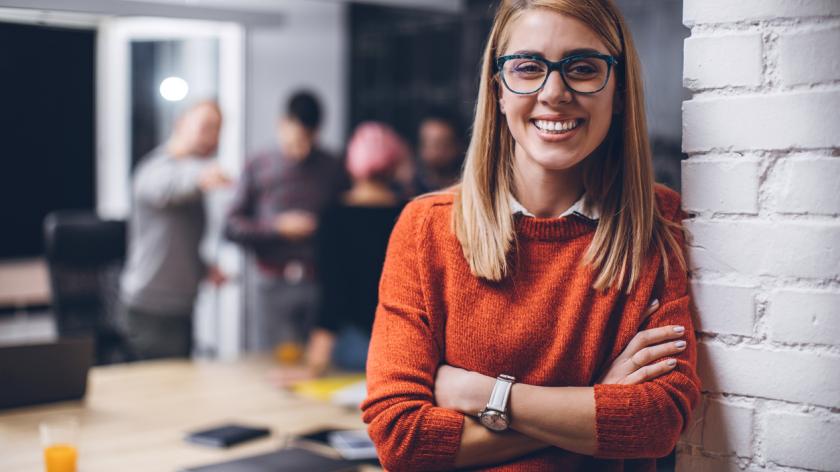 Have we got authenticity wrong?

What do successful leaders need more than anything?  Well according to the Harvard Business Review in January 2015, “Authenticity has emerged as the gold standard for leadership.”

Most leading companies provide programmes or coaching to develop "authentic leaders". And reams of paper and internet columns have been devoted to describing what authenticity is and how you achieve it.

But recently, leading academics have challenged the concept of authentic leadership. Stanford’s Jeff Pfeffer says, “The last thing a leader needs to be at crucial moments is authentic.” London Business School's Herminia Ibarra says, “We have to find a way to fake it till we become it.” And Wharton’s Adam Grant, wrote, “’Be yourself’ is actually terrible advice...”

It's true that strongly supported ideas often attract critics and this can help to clarify our understanding. But what is this all about? The debate seems to stem from different definitions of authenticity and therefore how to achieve it and what the behaviours are that signal it.

If we look at the dictionary definition its aligned with what is commonly understood when we say someone is authentic. Webster defines authenticity as “real or genuine; not copied or false; true and accurate.” It comes from the Greek word for author. Which is interesting as it suggests creating something.

Too much authenticity is as much of an issue as too little.

But another definition that is used is summed up as 'bringing your whole self to work.’ This has led to a view of authenticity that is about erasing the gap between what you firmly believe inside and what you reveal to the outside world.

Brené Brown, at the University of Houston, defines authenticity as “the choice to let our true selves be seen.”

But influential academic Adam Grant and Brené have been at loggerheads. Grant says "Nobody wants to see your true self. We all have thoughts and feelings that we believe are fundamental to our lives, but that are better left unspoken."

He uses the example of author A. J. Jacobs who spent a few weeks trying to be totally authentic with reportedly disastrous consequences. Jacob says, “Deceit makes our world go around. Without lies, marriages would crumble, workers would be fired, egos would be shattered, governments would collapse.”

So how well does authenticity actually serve leaders? What should authenticity leaders be striving for? Psychologists have devised a survey which more than 23,000 people at work have completed. Below are some of the items they answered true or false to:

People who answer true are perceived as highly authentic. They both know themselves well and are free to express who they are.

But beware! An analysis of 136 studies shows that these authentic people receive significantly lower performance evaluations and are less likely to get promoted into leadership roles.

Too much of a good thing

Why is this? Grant uses the analogy of vitamins. Consuming vitamins is necessary for health but if you take too many, more than your body needs, you either reject them (you pee out Vitamin C for example) or they begin to do damage to your body. (Too much Vitamin D, can cause kidney problems.)

In other words too much authenticity is as much of an issue as too little. And research by Adam Grant and psychologist Barry Schwartz backs up this view. They say there is no value or behaviour that’s universally positive. Grant says too little authenticity, and you’ll be seen as a faker. It’s bad for your career. Too much and you are seen in pretty much the same way!

There is a distinction between 'authentically' blurting out whatever comes to mind, low self-monitoring, and being whatever you feel others want from you.

For example, research suggests too much authenticity leads to one or all of these issues:

Getting stuck: INSEAD professor Herminia Ibarra found if you’re deeply concerned with being true to yourself, you may become stuck in a style or approach instead of developing and changing. These are the leaders who refuse to adapt because it doesn't 'fit their style' or isn’t being true to 'who they are'.

Over-sharing: Evidence suggests that oversharing happens when people describe themselves as authentic. In two studies, psychologist Gwendolyn Seidman found that people who are motivated to express their true selves post more personally revealing and emotional content on Facebook.

Other research says people who want to be authentic are more likely to share information that jeopardises their professional relationships by filtering less of what they say to key people.

Reducing the input of others: Studies in companies and controlled experiments show that people are less creative and less helpful when they work for highly authentic leaders. Others stay silent, even though that’s the exact opposite of what authentic leadership is supposed to promote.

How much you value and strive to be authentic depends on a personality trait called self-monitoring. High self-monitors constantly scan the environment for social cues and adjust their actions accordingly. They tend to avoid offending anyone and want to fit in with the social and culture norms of the group.

Low self-monitors are guided more by their own self-concept and how they feel at the time regardless of the circumstances. They criticise high self-monitors as fakes. They’re right that there’s a time and place for authenticity but in work there is a price for being too authentic.

High self-monitors advance faster and earn higher status, in part because they’re more concerned about their reputations. And high self-monitors spend more time finding out what others need and helping them.

In the study mentioned above, high self-monitors received significantly higher performance evaluations and were more likely to be promoted into leadership positions.

When Ibarra studied consultants and investment bankers, she found that high self-monitors were more likely than their ‘authentic’ peers to experiment with different leadership styles. They watched senior leaders in the organisation, borrowed their language and behaviour, and practiced them until these became second nature.

So what's the answer on authenticity?

We think there is a distinction between 'authentically' blurting out whatever comes to mind, low self-monitoring, and being whatever you feel others want from you – the extreme of high-self monitoring. The answer I feel is to speak and behave based on your purpose and beliefs.

Intuitively we know we read signals all the time and we also make a judgement about whether they are honest – authentic – or not.

If someone is role playing or being disingenuous, "I really believe we can win" when the numbers are terrible, we know. If someone is genuinely upset but controlling their tears because they don’t want to add to the emotions of others, we also know. The second example is authentic, the second is not.

How is this knowing possible? The answer, according to MIT professor Sandy (Alex) Pentland, is honest signals. These are subtle patterns in how we interact with other people, which reveal our attitudes toward them. These unconscious social signals are not just a back channel or a complement to our spoken and conscious non-verbal language; they form a separate communication network.

Pentland's research shows, we can accurately predict the outcome of situations by reading these signals. He tested this on social situations ranging from job interviews, to pitches for business, to first dates.

To prove how important these signals are in social interaction, Pentland used a specially designed digital sensor – a sociometer –  worn like an ID badge to monitor and analyse the patterns of signalling among groups of people.

He and his researchers found that this channel of communication, revolving not around words but gestures, energy, tone of voice and level of interaction, and that it influences major decisions – even though we are largely unaware of it.

And we don’t need technology to understand these signals. Intuitively we know we read signals all the time and we also make a judgement about whether they are honest – authentic – or not.

The research found that these signals are associated with success and that people can be taught to use the right signals. This suggests you can change your personal style to become more effective. They were not authentic (in one sense of the definition) but when these actions are based on and consistent with a clear purpose, they demonstrate ' honest signals' or in Grant’s words they are sincere.

'Be yourself more with skill' as Rob Goffee and Gareth Jones said in their book, 'Why Should Anyone Be Lead By You?'