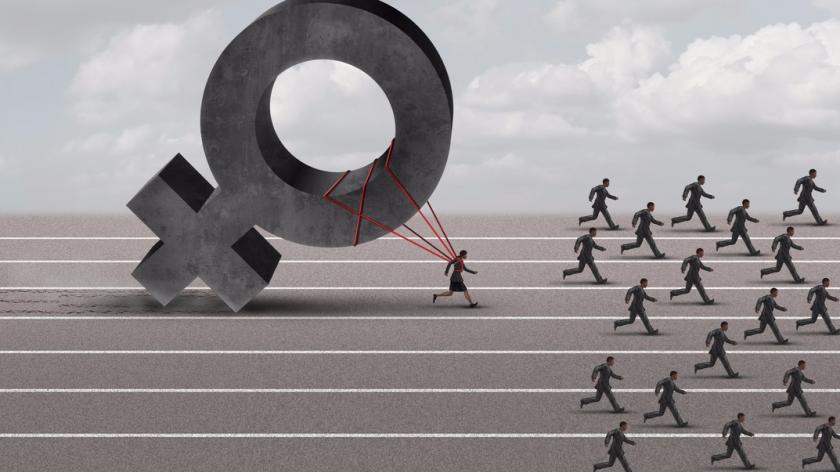 Gender bias: stop stating the problem and focus on the solution

Gender parity is a major focus for many organisations. But while the willingness to take action is there, the results have been patchy.

The typical response to the issue of gender inequality is to emphasise the problem and focus on improving processes, leaving the root causes of gender bias alone.

Attitudes and gender stereotypes play a major part in perpetuating inequality yet little action is being taken to address these.

If anything, we are moving backwards

This is not an encouraging picture.

Why such little progress?

First, there is too much focus on the problem. Reports and media articles emerge almost daily about how badly women fare in the workplace compared with men. The message is always the same – women are not viewed as being as equal, competent or committed as men and they have to work harder to prove themselves to get promoted.

Worse still, when they do advance, the rewards women reap are less than their male counterparts.

This restating of the problem, while helping raise awareness, is not moving anything forward. More time and attention needs to be invested in the solutions.

Second, the types of guidance and solutions offered to address gender inequality more frequently address the symptoms of bias, not the cause. Guidance is often aimed towards the processes – a classic approach is to increase the number of women on the talent pipeline.

Biases aren’t hard wired but they are ingrained.

However, the lack of women on a promotion pipeline is a consequence of gender bias, not the cause. And putting more names on a list will not necessarily stop bias playing out.

More focus is needed on the people – women as well as men – who operate these processes and how their personal biases hinder women from getting opportunities in the first place.

A closer look at gender stereotypes and beliefs that men and women are different is a good place to start.

Gender stereotypes and their role in perpetuating gender inequality

While most people aim to act in a fair and equal manner towards others, sometimes the way our brain processes information is faulty and can lead us to make biased decisions, favouring one group of people over another.

Gender stereotypes are one set of faulty decision rules that our brain has learned and they are also one of the main causes of gender discrimination in the workplace.

When we come into contact with a person, the stereotypes we associate with that person’s group membership are triggered automatically, and often without our awareness. Women are typically perceived to be warm, caring and sensitive. In contrast, men are typically seen as competent, strong and decisive.

Gender bias is not inevitable – we can do something about it, if only we take responsibility for our own role in perpetuating the status quo.

Discrimination results from the lack of fit between the traits associated with a man or a woman and the stereotypical gender of the job role they are seeking.

Gender stereotypes have been learned. The good news is that with a bit of effort and motivation they can be unlearned. Biases aren’t hard wired but they are ingrained.

So here’s a challenge: for the next few weeks when you come into contact with female colleagues, remind yourself that women can be strategic, decisive, logical, strong and competent. Likewise, when you interact with your male colleagues remember that they too can be caring, sensitive, intuitive, kind and empathetic.

In doing this you will start to challenge ingrained faulty gender stereotypes and replace them with more accurate depictions of men and women. You will also develop a greater awareness of the stereotypes you personally hold but have not questioned before.

Awareness of biases is the first step, followed by a motivation to do something about them.

The other part of your challenge is to spot when others are applying these generic stereotypes to male and female colleagues.

Do they make sweeping statements about how men and women are different? Do they only describe a woman in terms of her warmth and fail to look at her strengths in relation to competence? Do they do the opposite for men? What evidence do they have to support this view?

Ask them to think about the skills men and women have across both dimensions of competence and warmth, and question whether there is evidence they have overlooked. It’s very easy to filter out information when it does not match our pre-conceived ideas about a person.

In summary, we know that women fare less well in the workplace and we have developed great policies and procedures to address this. However, if the people operating them (that’s us!) are neither aware of their personal biases nor motivated to address them, we are unlikely to make any further strides towards gender parity in the workplace.

Gender bias is not inevitable – we can do something about it, if only we take responsibility for our own role in perpetuating the status quo.

Dr Jo Kandola is a business psychologist and MCIPD professional with extensive experience in the areas of diversity and unconscious bias.  Jo is the founder of The Bias Gym, a company that is on a mission to eradicate bias in organisations.  She has particular expertise on the subject of gender bias and is the co-author of the critically...