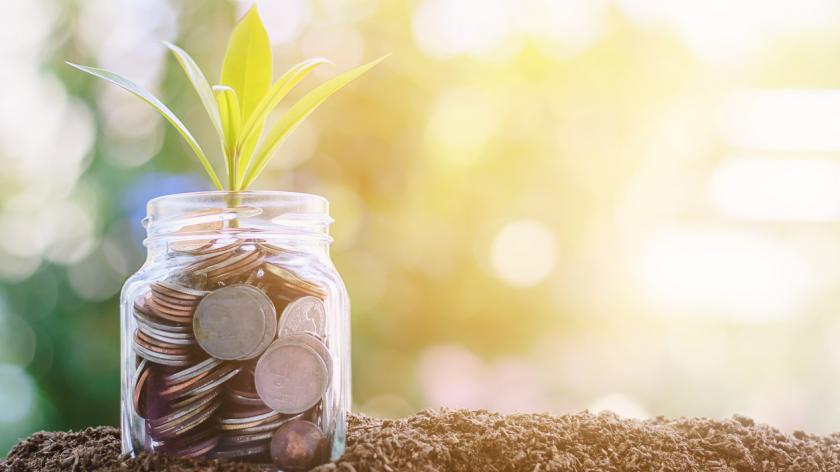 Financial wellbeing: Why 2020 should be the year that employers offer financial education

In this end-of-year review on the state of finanacial wellbeing, Gethin Nadin argues that financial strain and its negative impacts are only going to get worse in the years to come. Employers need to realise that the onus is on them to better financially educate their employees in order to help mitigate these worrying money issues.

For almost 10 years, people like me have done a pretty good job of convincing employers that their employees’ money worries are having a significant effect on their work. Increased absence and presenteeism, reduced productivity and engagement, and an increase in mental health issues can all be linked to financial concerns.

From these statistics we can conclude that our wellbeing is being negatively affected by our relationship with money.

2020: the year of financial wellbeing?

For this end of year review, I’ve looked at statements from the FCA and the Bank of England and the manifestos that the major political parties prepared ahead of the recent general election, to understand why 2020 will be the year that financial wellbeing gets the attention it desperately needs.

As we look towards 2020, it’s fair to say that the money worries and lack of financial literacy employees currently face are going to get worse. A significant number of serious challenges will face employees when it comes to their money next year:

Home ownership in the UK is low. As house prices rose, wages stagnated. As a result, only a third of those born in the 1980s become homeowners by age 30, compared to more than half of those born just a few decades before. This means that more and more young people are renting and paying around 20% more than they would have 20 years ago. In fact, home ownership in the UK has experienced its largest fall of any EU country since the financial crisis.

Eight-five per cent of UK employees who rent say they want to be homeowners within a decade. For those that manage it, owning a home has a big financial wellbeing pay off. The average first-time buyer will generate £12.40 of wealth for every £1 of deposit paid in a property over the life of owning it. In fact, owning your own home is one of the biggest predictors of wealth in later life.

For those that don’t own their own home, life as a renter in the UK can be difficult. The section 21 clause on most rental agreements means a landlord can ask employees to move out without giving any reason when their tenancy reaches a contractual break. Pressure groups report the huge impact the lack of rights have on renters’ wellbeing.

In 2019, UK employees’ wages are around £5,000 less than they should have been. Since 2008, wages have been very slow to recover. In fact, hourly wages are pretty much the same now as they were 10 years ago. This combination of slow wage growth and rising costs of housing means that more people living in poverty are actually in working households. More than half in fact.

A recent report by The Resolution Foundation has found that the UK’s record high unemployment rate has actually been driven by people feeling poorer. More people are choosing to work more hours or re-join the workforce to be able to meet the needs of the cost of living.

To deal with the issues of rising costs, austerity and slow wage growth, employees are turning to more borrowing. A 2019 survey by Experian found that personal loans are currently the fastest growing type of consumer debt.

In 2019, personal debt hit a record high, rising sharply from 2018. Average debt per household now sits at £15, 385 according to the TUC. Unsecured debt as a share of household income has now reached more than 30% – a figure that should worry any employer.

According to the Pensions Regulator, with 10 million more employees added to a workplace pension, £90.4bn was saved into pension schemes last year. However, 54% of those employees working in the UK expect to have to keep on earning money in retirement and 77% say they don’t know how much they need to be saving for retirement.

Towards the end of 2019, The Money and Pensions Service published their report on the UK’s blind spots. They found that significant portions of UK adults didn’t know enough about their pensions options or indeed when they can access their money and what happens if they fall ill or go on parental leave. This year YouGov found that 70% of employees were not confident in their pension’s knowledge.

Employers have contributed huge amounts of money to workplace pensions over the years. Yet without the right financial education, millions of employees will reach retirement with not only pension pots they’ll be unable to retire on, but with knowledge of their options near non-existent.

Even the Bank of England’s Chief Economist, Andy Haldane admitted that the British pensions system is so complicated he doesn’t understand it. Haldane knows that the only way to help people is through education.

With little support elsewhere, all eyes are turning to the employer to be the source of financial education.

Andy Haldane, (the man who is likely to become the Governor in 2020) says that the UK is the only OECD country where our literacy and numeracy skills are getting worse. The problem is so big that Haldane says financial literacy is one of the big six issues that will help mend society’s inequalities. Delivering financial education at work might be a positive step towards helping employees navigate the economy of 2020.

In 2019 it was reported that more than £28m in student loan overpayments was being held by the Government. Despite many loans being paid in full, some students have overpaid, and the scale of these overcharges are huge. In the last 10 years, more than 51,000 people have overpaid their student loan and are likely unaware. The system requires people to understand how the system works to ensure they don’t overpay.

The lack of financial education is compounding people’s abilities to keep their money out of the hands of scammers. Thought to be something older employees are more susceptible to, research by Barclays shows that it is actually young people who are more likely to get scammed. Employees between 18 and 24 years old are five and a half times more likely to fall victim to a scam than those over the age of 65. Half of Britain’s scam victims are under the age of 34.

Ben Bernanke from the Brookings Institute believes that the 2008 financial crisis taught us a lot about the importance of financial education. Bernanke said, “among the lessons of the recent financial crisis is the need for virtually everyone – both young and old – to acquire a basic knowledge of finance and economics”.

Financial education must happen at work

One of the most frequent comments I hear about workplace financial education is that it should be taught in schools. But it is! Financial education has been on the UK curriculum for five years. However, most pupils are saying they don’t actually get to receive it. Less than 20% say they’ve had some form of financial education within the last month.

The vast majority say they get their financial education outside of school, from searching online or asking parents.

With little support elsewhere, all eyes are turning to the employer to be the source of financial education.

“As most of us didn't receive financial education in school, there is an opportunity for employers to support the development of much needed financial knowledge, skills and behaviours among working-age adults that will have a positive impact on their financial wellbeing,” says Erik Porter, CEO of The Money Charity.

As the start of a new decade looms, it’s time employers really started to take the financial concerns of their employees seriously.

I also spoke to Michael Royce, Senior Policy and Propositions Manager at the Money and Pensions Service about whether financial education at work could have a positive impact on an employee’s money situation. Michael told me: “17 million working-age adults do not feel confident in managing their money and with money worries costing the UK economy an estimated £120bn and 17.5 million lost hours of work, an increasing number of employers are recognising the need to improve financial capability amongst their workforces.”

He added “We are currently trialling two payroll saving schemes which aim to improve staff saving buffers and access to affordable credit. We hope these trials bring to light the important role employers have to play in improving the financial wellbeing of their staff and will move them to offer similar payroll saving schemes.”

Despite the vast and compelling evidence that employees are bringing their money worries to work, not enough employers are taking action. Close Brothers found that 58% of employers in the UK do not have a financial wellbeing strategy.

Yet employees are increasingly requesting this kind of support at work. New research by Zellis reveals that if offered, 63% of employees said workplace financial education would make them feel more looked after with a massive 88% saying it would have a positive impact on their personal situation.

Financial Coach and Consultant Alisa Barcan told me “It would be naïve to expect someone who is sleep deprived, worried and anxious to leave that at the door when going into work. Financial stress manifests in the form of low levels of concentration, lack of motivation and general tiredness which can lead to lower performance, irritable or inappropriate behaviour and increased absenteeism. Every employer looking to improve productivity and decrease the number of stress-induced sick leave can do so by prioritising financial wellbeing within their workforce.”

Half of employees admit to spending more time deciding on what biscuit they want than on their financial planning (Schroder's Personal Wealth Survey, August 2019). The majority of employees don’t even understand their payslips and almost half don’t understand the value of their benefits package.

As the start of a new decade looms, it’s time employers really started to take the financial concerns of their employees seriously. If employers do not do more to help their staff understand money, they are doomed to lose their best employees to someone who will.