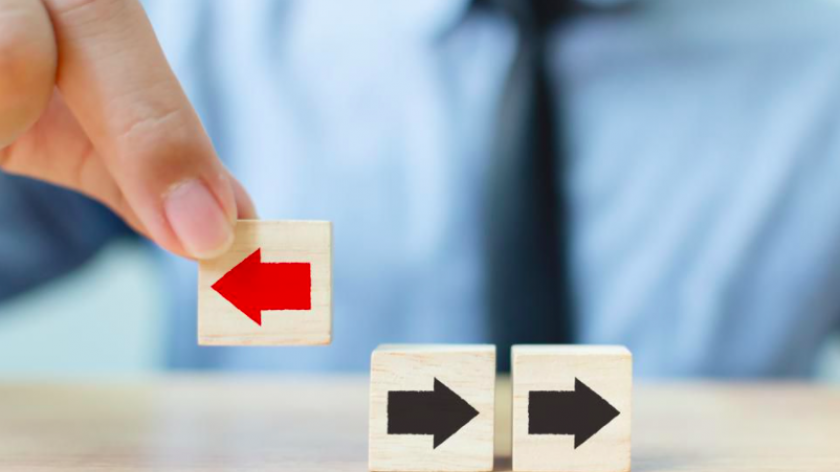 Organisational change requires people to do things differently – to change their existing behaviour patterns. This is not an easy task and attempts to change behaviour often have poor success rates. Change initiators seldom take into consideration the fact that people have to change behaviour that has been successful for them for years.

Over the last twenty years, the integration of psychology and neuroscience provided a new view of human nature and behavioural change. The use of imaging technologies such as fMRIs have identified formerly unseen neural connections in the living human brain.

One of the conclusions that can be drawn from this research is that change is linked to pain – even when the change appears to be in an individual’s best interests. It appears that our brains are programmed to resist change. We become comfortable with our habits as they use just one part of the brain and, therefore, require much less energy.

It is only when we change our behaviour that other parts of the brain become activated, for instance, driving on the other side of the road when travelling abroad or learning to use a new operating system on our computer.

Many of the activities that we perform at work are routine such as chairing meetings, communicating with colleagues or managing staff -- and these behaviours become habits. Working to change these habits requires effort which most people find uncomfortable. As a result, change is avoided.

The psychologist, Edgar Schein, describes human change as a psychological process that involves painful unlearning and difficult relearning as one attempts to restructure one's thoughts, perceptions, feelings and attitudes. We are, in effect, rewiring the circuits of our behaviour.

Some change theorists have identified three stages that we pass through during an effective change process.

Schein describes the critical processes that individuals need to pass through in order to ‘unfreeze’ their current patterns.

a. Disconfirmation - Most forms of learning and change start with some sort of dissatisfaction (pain) that comes from data that disconfirm our expectations and hopes. Some examples of this could be: stagnant sales figures, a new IT system that we don’t understand or a rising turnover rate within our team. If we don’t feel this dissatisfaction, there is little motivation for us to move out of our comfort zone. But disconfirming data is not enough – we can easily dismiss it, ignore it, or deny its validity.

b. Survival anxiety – The disconfirming data somehow needs to arouse what is described as ‘survival anxiety’. That is, the feeling that if we do not change, we will either fail to meet our own needs or fail to achieve a particular goal. An example might an individual’s need to view herself as a superior performer even though the job behaviours required in her role have changed and she doesn’t have the new skills.

In order to feel the survival anxiety, we need to accept the disconfirming data; for example, that we don’t have the new skills. But, by accepting this, we are admitting that something is wrong – maybe that we are not effective or we are not ‘doing our best’. This can impact our self esteem and possibly even our identity. Often it can seem safer to maintain our dysfunctional behaviour than actually risk failure and the potential loss of self esteem that is involved in the learning process.

c. Psychological safety – Once we have accepted that we need to change, there may be concern that we are not ‘up to it’ and we won’t be able to learn the new behaviours required. Somehow new learners need to feel ‘psychologically safe’ to enter this period of potential insecurity. There is a need to balance the amount of threat produced by the disconfirming data with enough psychological safety to allow us to accept the information and become motivated to change. This might take the form of emotional support and reassurance or training in the required new skill.

New behaviours can be introduced in many ways – such as through coaching, observation, training courses etc.  But psychologists have determined that in order to actually internalise and practice the new behaviours they require a change in what researchers (Rock and Schwarz, 2006) describe as our mental map which they define as our ‘theories, expectations and attitudes’.

They use as an example two individuals working in the same customer complaint call service.   One views customers as troubled children and would hear only complaints that need to be resolved.  The other views customers as intelligent professionals and would hear valuable suggestions for improving a product or service.   These different views will have a big influence on how these individuals behave.

It will be difficult to change the first individual’s behaviour without them experiencing a shift in their mental map – and viewing customers as experts. This ‘moment of insight’ needs to take place from within, although it can be recognised, encouraged and reinforced by those around them.

Focused questioning can help encourage insight; for example ‘was there any validity to that customer’s complaint?’  ‘What could we do to make sure that doesn’t’ happen again?’

During the learning phase, once there has been a shift in an individual’s mental map and they are ready to try out new behaviours, there needs to be a safety net to encourage them to practice without a fear of failure.  The behaviour is unlikely to be applied perfectly the first time and this needs to be seen not only as acceptable, but excellent that they are practicing.

This behaviour practice needs to be encouraged through positive feedback that focuses specifically on that behaviour.  For example, the comment: ‘your communication skills are definitely improving’ is less likely to reinforce a new behaviour than the comment: ‘I like the way that you showed John you were listening by summarising what he said’.  This puts attention where it needs to be:  on the new behaviour and makes it more likely that it will be repeated.

The challenge with a new behaviour is to make it become a routine, rather than a one-off action.  The less cognitive energy the individual has to apply to the new behaviour, the more likely it is to be repeated and eventually embedded.

The embedding process requires attention.  We need to focus on the new behaviour to make it become automatic.  However, in a world with so many distractions and with new mental maps being created every minute, one of the biggest challenges is to focus on a single new behaviour.

Leaders can make a big difference by reminding others about these new behaviours, noticing when they occur and the positive impact that they have. The more this happens, the more likely that this reinforcement will help transform the new behaviour from a one-off conscious act to an automatic routine.

In addition to direct reinforcement of the new behaviour, other processes need to support that behaviour.  One example is how successful job performance is measured.  If team members are focusing on developing behaviours that foster greater team collaboration, but they are assessed based on individual contributions which encourages competition, they are less likely to embed these new collaborative behaviours.  There needs to be alignment between behaviours and reinforcement mechanisms.

Behavioural change is often viewed as a painful and difficult process with an uncertain chance of success.  By understanding how people react to the need to behave differently, changing new behaviours can become more automatic, requiring less effort to practice and a part of our new routine.

References:
Rock, D. and Schwartz, J. (2006).  "The neuroscience of leadership", Strategy + Business, No.43.
Schein, E.H. (1996), "Kurt Lewin's change theory in the field and in the classroom,"  Systems Practice, Vol. 9 No.2,  pp. 27-47.
Rhonda Miller is the Head of Leadership and Organisational Development at Pilat and lead tutor on the CIPD Postgraduate Certificate in the Psychology of Organisational Development and Change.

Good post. Your last section is critical -- noticing and praising desired new behaviors *every time* we see them. This is what we strongly encourage through our strategic employee recognition programs. First, clearly defining the behaviours (or values) you need employees to demonstrate in order to suceed. Then structuring a strategic recognition program that encourages all employees to recognize and praise each other every time they see a peer or colleague demonstrate one of those behaviours in their daily work. This is a powerful, positive way to make those values come alive in the most meaningful way to employees - in what they do every day.

With a strategic recogntion system, management can now track and measure these behaviour demonstrations and intervene in low performing areas. This makes it possible to proactively manage company culture.

I write about this topic a good deal on my HRzone blog: Strategic Employee Recognition and much more information is available on our company site: www.globoforce.com

For those of us who adapt easily to change, it is important to be reminded that change does not come easily to everyone and indeed, is painful for most people.  Your reminder that leaders must acknowledge and reinforce positive behavioral change is an excellent and helpful one.  Thanks for the insightful posting.

Interesting stuff and I agree change can be painful and it often fails to stick. In addition to what has been written about I'd like to make a plea for involving the people who are expected to change in the actual thinking and development process. That is to say, do "it" whatever the change is, with folks, and not to them.

Most change fails because it is imposed, not co-created.

Yes, it's absolutely critical to recognise (reinforce) desired behaviours.   It's even more powerful if colleagues -- peers, direct reports, others -- are recognising these behaviours as well as managers.  This makes it more likely to move into our DNA -- turn it into a hard wired habit.

And I totally agree that involving people in creating the change or even part of the change is more likely to help them adopt new behaviours and be more committed to the new way.  This philosophy is embedded in the values of organisational development.

I thought Doug you'd like this one.  As Margaret Wheatley stated in her book:  "Leadership and the New Science"

"People will support what they create".

Thanks for the article.  One of the areas that particularly interests me is creating the case for behavioural change. It seems to me that frequently employees are asked to change without being helped to see and feel the need to do things differently.  Leaders forget that employees have often not been exposed to the data and evidence that create the case for change.

Check below given link and install latest version of the az screen recorder for your android device.