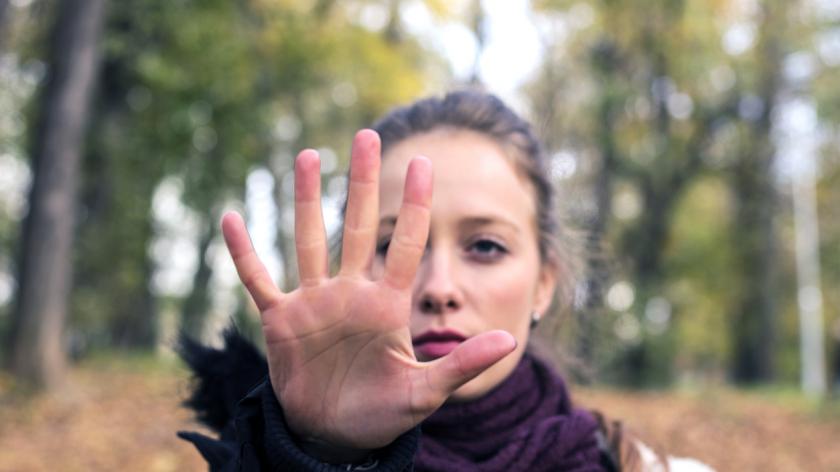 Domestic violence: Why employers should be tackling this silent, pervasive issue

Research launched in November 2017 showed that only one in 20 medium and large UK organisations have a specific policy or guideline to cover domestic abuse among their workforce. Yet the latest Office for National Statistics figures on domestic violence estimate that almost two million UK adults have experienced some sort of domestic abuse in the past year.

The research, undertaken by Durham University Centre for Research into Violence and Abuse and Ipsos MORI, found nearly three-quarters of HR leads in medium and large UK organisations (74%) believe companies can empower victims by giving them guidance on how to deal with domestic abuse and only 9% agree it is a personal matter and not appropriate for employees to raise with their employers.

Yet there is a perception that at a senior level the issue is not seen as one that affects employees. Just 6% strongly agree and 20% tend to agree it is an issue that is on the agenda for HR policymakers.

The next ‘mental health’ for employers?

Despite the high levels of abuse that the ONS figures reveal, the research found there was an average of only 0.5 disclosures of domestic abuse per medium and large UK organisation in the past 12 months. Of those that have had disclosures or understand employees are affected by domestic abuse, 90% are not aware of the cost of abuse to their business.

According to Ben Page, chief executive of Ipsos MORI, domestic violence is about six years behind mental health in terms of awareness as an issue among employers.

At the first Employers’ Initiative on Domestic Abuse (EIDA) conference, at which the research was launched, Professor Nicole Westmarland, director at the Durham University Centre for Research into Violence and Abuse, said: “Over the last few decades we’ve seen lots of improvements in responses to domestic abuse. But effective responses in the workplace are lacking. The time has now come for more workplaces to step up and join the movement to end domestic abuse.”

Despite 86% of HR leads agreeing employers have a duty of care to provide support to employees on the issue of domestic abuse, it is clear that the issue appears to sit outside of organisations’ more commonly developed set of ‘duty of care’ policies and guidelines.

When employers demonstrate they are aware of domestic abuse, and make staff aware of the services that are available, this can help to reduce the wall of silence about domestic abuse that prevents many from seeking help.

Furthermore, a quarter of these organisations believe that harassment/abuse of an employee by a partner or ex-partner has occurred within the workplace.

Given the cost of domestic abuse to business at a time when the UK’s productivity is falling, it is more important than ever that employers do more to tackle the issue.

The main barriers to providing more support are low awareness of the issue, lack of training for HR managers and line managers, lack of clear policy or guidelines, a perception of a general unwillingness of staff to disclose instances of domestic abuse to their employer and a lack of clarity about where to find external support.

Where actions have been taken, the most frequent is to implement an employee assistance programme (EAP).

How employers can work with the government’s domestic abuse agenda

The Home Secretary has stated that tackling domestic abuse “requires a multipronged approach which includes legislation, a concerted police response and a culture shift across agencies and within our communities”.

This provides the opportunity to emphasise the role of employers, and the importance of the employee-employer relationship, in helping to support those experiencing domestic abuse and engage in prevention activities.

What employers can do in practice

When employers demonstrate they are aware of domestic abuse, and make staff aware of the services that are available, this can help to reduce the wall of silence about domestic abuse that prevents many from seeking help.

Many leaders are already taking action by, for example, developing policies on domestic abuse; raising awareness among employees; training senior staff, managers and ambassadors on how to identify those who may need help; sharing best practice with other employers; and offering direct help to staff or signposting them to where it can be found.

Given the scale of domestic abuse in the UK, almost every employer will have someone who is a sufferer or perpetrator.

One example is EIDA member Gentoo, a housing organisation in the North East of England. It has a dedicated domestic abuse business manager, provides a free legal clinic for staff (accessed by over 70 people since 2015), provides access to a domestic violence perpetrator programme for staff and its clients, and allows paid leave to attend the perpetrator programme and the Freedom programme for victim-survivors, or to attend court or other appointments.

It has 25 trained domestic and sexual violence champions. All managers attended a mandatory ‘Justice for Jane’ session while an employee leaflet recognises that: “For some staff, the workplace is a safe haven and the only place that offers a route to safety.”

I chair the steering group for the Employers’ Initiative on Domestic Abuse (EIDA), which is free to join and has more than 200 members, including Lloyds Bank, Grant Thornton, Bank of America, Chelsea FC, CBI, EY, GWR, Handpicked Hotels, HM Army, House of Commons, IoD, Lloyds of London, Royal Air Force and Royal Navy. A full list of members can be found here.

Member organisations come together once a month to exchange information about best practice, and to encourage, promote and develop action to help staff who are enduring domestic abuse, or who are perpetrators.

Given the scale of domestic abuse in the UK, almost every employer will have someone who is a sufferer or perpetrator. It’s time to break the taboo and put this issue on the workplace agenda. It is good for your employees and good for your business.

Elizabeth Filkin C.B.E has successfully carried major roles in both private and public sectors across a wide range of disciplines.  She currently combines chairing The Employers Initiative on Domestic Abuse, Marston Holdings Advisory Group and TecSOS.  She is also serves on several Trusts.