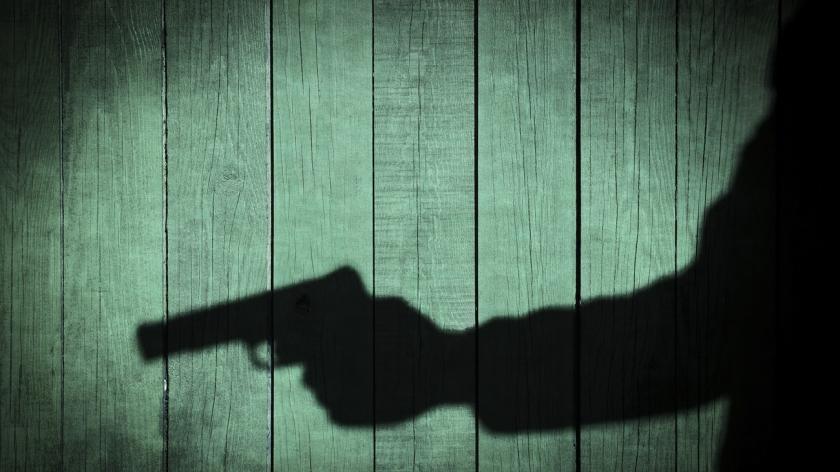 Breaking the mafia: what organisations can learn

What can an initiative designed to take on the mafia's hold on business in Italy tell us about implementing institutional and cultural transformation and altering a well-established status quo?

Changing organizational culture is notoriously difficult. Many CEOs focused on cultural transformation have foundered on the rocks of entrenched values and embedded cultural norms. "That's just not the way we do it around here" is the cry from the change-resistant.

But it isn’t just legitimate organisations that are deeply resistant to change.

Social structures can be just as – if not more ingrained – even when those structures are undesirable, damaging or even illegal.

The Sicilian Mafia, for example, has proved remarkably persistent, despite numerous attempts to eradicate it, largely because it is so deeply-rooted in the society in which it operates.

Let's look at the context: Pizzo

Together with co-author Antonino Vaccaro, from IESE Business School, we studied the Sicilian Mafia, and in particular its system of protection payments or Pizzo, which has existed for some 150 years.

In the Mafia heartlands of Sicily, 90% of small and medium sized business owners, from newspaper kiosk holders to construction company owners, paid protection money in 2004.

The threat of violence? That's not how you cement power...

Like many organisations, societies dominated by organised crime are remarkably resistant to change.

The Mafia's power isn’t based so much on the threat of violence, but on shaping values, beliefs and practices that prevail in communities over time. In essence, they establish new norms.

Like many organisations, societies dominated by organised crime are remarkably resistant to change.

The practices of organised crime become the accepted way things are done. As a result, many Sicilians consider paying protection money to the mafia perfectly legitimate.

Indeed when one businessman – a clothing-factory owner named Libro Grassi - publicly refused to pay protection money in late 1990, he was ostracised by other business owners and accused of tarnishing the image of Sicily – and he was eventually murdered for his principles.

Where Addiopizzo succeeded where many other initiatives have failed is that it worked from the bottom up.

Introducing the newest fight back: Addiopizzo

Despite many ineffective attempts to combat the influence of the Sicilian Mafia, a recent anti-Mafia initiative, Addiopizzo (Goodbye Pizzo), has achieved significant success, and it has done so without a talismanic hero or figurehead railing against the injustices of the mafia.

Addiopizzo began as a grass-roots initiative in 2004 when a group of students who wanted to open a business in Palermo covered the walls of the town with hundreds of stickers which read: “A society that pays the Pizzo is a society without dignity.”

It was a statement that soon burgeoned into a movement, a network and campaign as they set about building a critical mass of businesses that publicly refused to pay up as well as persuading ordinary Sicilians to support these businesses.

How Addiopizzo is challenging established norms

This re-evaluated long-held customs and practices, enlisting a broad coalition of stakeholders – entrepreneurs, consumers, students, teachers and police, in its support.

The campaign soon became the most successful movement against the mafia in Sicily’s history, with 20% of shops refusing to pay Pizzo.

Where Addiopizzo succeeded where many other initiatives have failed is that it worked from the bottom up. And in particular, it tapped into the deeply-rooted notion of ‘dignity’, so challenging the belief that Pizzo was the norm.

Not only that, it proposed alternatives as well as creating the conditions – public support - for change to happen.

When we examined Addiopizzo more closely, we identified five values-based micro-processes that are key to changing the well-established status quo and are thus equally relevant to transforming embedded organizational cultures that are resistant to change.

The five values-based processes that work on change-resistant cultures

This is about establishing the initial connection; the foundation on which a trust based dialogue can begin between activists and stakeholders.

It begins by acknowledging the importance of certain values to stakeholders - security and legality in this case - and starts to shift stakeholders away from a position of moral disengagement.

In this way, anchoring establishes an alternative view (from the entrenched but tainted views currently held) of the impact of organised crime and its practices on the society the stakeholders inhabit.

Different approaches and behaviors are activated by encouraging stakeholders to consider alternative meanings and interpretations of the values associated with the actions of organization crime. What would those values look in an ideal world?

Stakeholders are prompted to consider how to give life to those values in their own operations.

In both society and organisations, great things can be achieved from the bottom-up by a broad coalition of stakeholders.

With values reinterpreted and an action plan for anti-organised crime behavior emerging, this new approach must be secured.

Values such as security and legality underpin the establishment of safe spaces where likeminded stakeholders can meet and discuss anti-organised crime initiatives.

With anti-organised crime activities underway, stakeholders are united through new networks, within and across stakeholder categories, such as consumers or business owners.

These networks promote activities that minimise the risks associated with going against established organised crime, and extend beyond the influence of organised crime allowing new practices to be developed and instituted free from malign influence.

Addiopizzo’s relevance in an organisational context is that it demonstrates that values and their interpretation lie at the heart of institutional change efforts – it does not require a heroic leader.

In both society and organisations, great things can be achieved from the bottom-up by a broad coalition of stakeholders using a values-based approach to mobilise and bring about change, even in the most deeply-embedded cultures.

Values Against Violence: Institutional Change In Societies Dominated By Organized Crime by Guido Palazzo, Faculty of Business and Economics (HEC-Lausanne), the Business School at the University of Lausanne, and Antonino Vaccaro, IESE Business School, Academy of Management Journal, 58:1075-1101. (One of three finalists of the Academy of Management Journal best paper award 2016).

In his research, he is passionate about the dark side of the force and examines unethical decision making from various...

really interesting and I am hoping to do more work of this kind myself. Criminals have careers and networks and organisations that can teach us a lot, as well as interfacing and interacting with more legitimate institutions at the same time. At the turn of the century, the assistant DA Eliot Spitzer used business legislation (anti-trust) to successfully prosecute the Gambino family in New York, and conversely, used the organized crime legislation (RICO) to successfully prosecute unethical investment banking practices and corruption relating to Wall Street...